Clear Quartz is, simply, Quartz that is clear!

It is a transparent to translucent variety of Quartz, commonly colourless, but it may have a tone or some colour due to staining or inclusions. The best specimens are completely colourless, free of impurities, and completely flawless.

Clear Quartz is sometimes used as a gemstone, usually faceted or cut into beads, rather than cut en cabochon. The reason for this is simple – being a clear stone you would be able to see the setting etc through the stone!

Through time, Quartz has been used for the making of jewellery and hardstone carvings – quality pieces of which can be seen during the Roman and Saxon periods.

Optical grade Quartz crystals are used for some very specific purposes, too – telescopes, electronic sensors, microscopes, and lasers. The majority of these, however, are synthetic Quartz crystals grown in a laboratory.

Clear Quartz can occur all around the world. Quartz is one of the most common minerals on Earth!

Some of the best specimens I’ve seen come from Brazil, China, France, Germany, India, Italy, Slovenia, Spain, Ukraine, and the USA. However, ‘best specimens’ might be biased coming from me – we may like different things.

Specifically, clear Quartz refers to Quartz that is as clear and colourless as possible.
Staining or inclusions can make it cloudy, yellow, orange, brown or other colours but this section will primarily be clear colourless specimens.

Dual terminated Quartz from Herkimer, New York, referred to as a ‘Herkimer Diamond’. 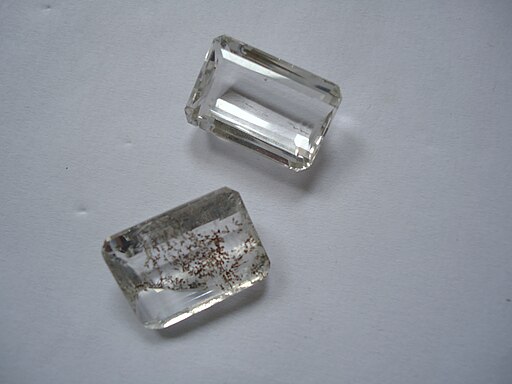 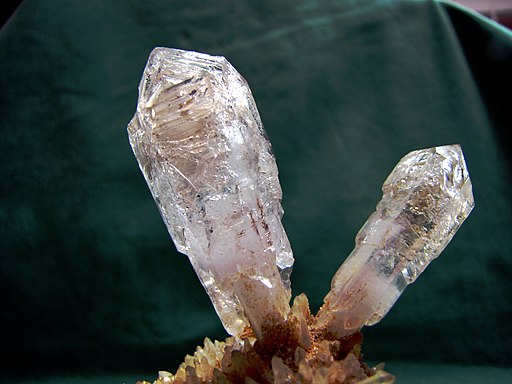 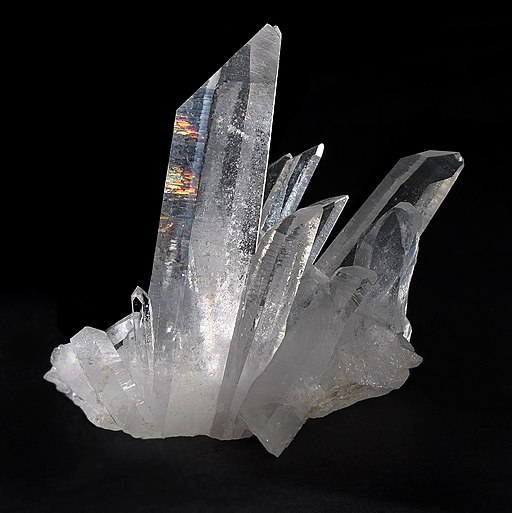