Calcite is a very common mineral which is found worldwide and comprises around 4% of the world’s crust.

It can be found in sedimentary, igneous, and metamorphic rocks. This mineral is the primary constituent of the shells of marine organisms, and we find many fossils where it has replaced other minerals or organic materials.

We consider it the perfect start to a mineral collection, as it is a cheap mineral with many interesting colours. The fact it looks interesting both polished and rough is handy, too!

Calcite is primarily used in the building trade and construction industry. Typically, it is powdered, but in some cases rough blocks are used for aggregate, etc.

It can be used as an ingredient for cements and mortars and the production of lime. Another common use is a bulker for paints and plastics, adhesives, and fillers. Calcium Carbonate is used to purify iron from Iron ore in a blast furnace.

Some pieces of the mineral have optical properties; they have been considered for use in invisibility shielding. These pieces were originally found in Iceland, but as a result of over mining, the majority of the pieces now come from Mexico.

When powdered, potters can use it as an ingredient for many glazes, and it may be used as a flux.

It is, of course, also sold as mineral specimens, and commonly used for cutting and polishing. In some cases it is used for jewellery but this is not common as the stone is too soft for most jewellery.

Ancient Egyptians carved many pieces from this stone, mostly the goddess Bast. Perfume jars carved from this stone were found in the tomb of Tutankhamen.

Many other ancient cultures also used it for carving, due to the soft nature of the stone.

There is decent evidence that optical quality pieces of this stone were polished and used by the Vikings. There are references to a “Sunstone” in ancient sagas, and it seems like this could have been it, given its availability in Iceland at the time. That means the stone may have been responsible for the discovery of America and the attacks on England and the rest of Europe!

The optical pieces were treasured by scientists for hundreds of years, including Isaac Newton.  These studies helped to contribute to the wave and particle theories of light. Over time, the polarisation of light came to be understood, and pieces of the mineral were used to discover all sorts of things, including the invention of special prisms and polarimeters. In the late 1800s, there was a shortage of the stone, which was a problem for most developed nations because so many scientific tools relied on it!

Optical calcite was used in World War 2 for small, accurate gunsights, and because of this, it was considered by the American government as a strategic resource.

Some archaeologists and stone worktop sellers may refer to this stone as Alabaster. In a mineralogical sense, this is incorrect; true Alabaster is a variety of Gypsum.

Calcite has a fairly low hardness on the Mohs scale – 3. It has a white streak on ceramic plates. Due to this, you should make sure to use dark testing plates.

It is highly reactive with acids, even weak ones such as vinegar. This is an easy way to test the stone, as it should fizz in contact with vinegar.

It exhibits rhombohedral cleavage in many of its varieties. It can be either transparent or translucent. Calcite can appear to be quite waxy in its rough state.

Some Calcite pieces display an optical property called birefringence, which is double refraction. This effect is very interesting in ‘Iceland Spar’ as it can be demonstrated clearly. Essentially, a beam of light entering the stone will split in two. As such, a person looking into the stone will see two of everything on the other side. The best way to view this effect is to place the stone on a page of a book, over some text; or over a straight line drawn on a page.

Many cave formations are formed of dissolved Calcite slowly dripping through the ceilings of caves and chambers – this is how we get Stalactites and Stalagmites, as well as many other forms of unusual formations.

Some people of Calcite do fluoresce, but not all. Some of the Mexican and American pieces do show a decent fluorescence.

Calcite occurs around the world. There are too many to list, but some of the most important locales include Mexico, the United States, Romania, Slovakia, Africa, England, Germany, and Iceland.

Chemistry
This mineral consists of CaCO3, otherwise known as Calcium Carbonate. Chemistry will vary though, as there are many variants of Calcite.
Colours and Variations
Calcite’s colours can include clear, white, orange, red, pink, green, blue and brown.
It can also include some distinct varieties, including:

Calcite also makes up a lot of other minerals, including being part of the infill material within Septarian nodules. 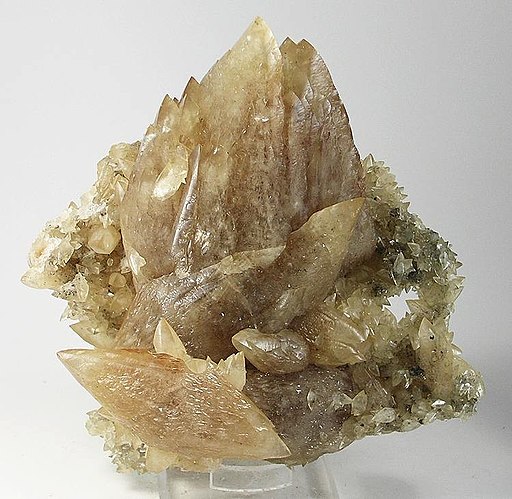 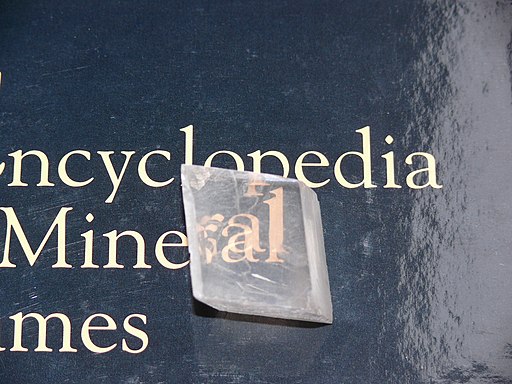 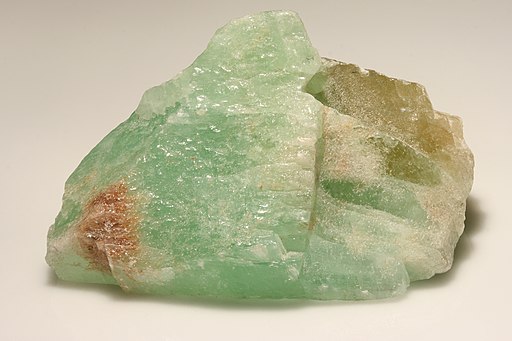 The mineral can be dissolved by most acids, but may also be dissolved by water. As such, we can’t recommend placing or leaving pieces anywhere they may get wet – including rain, humidity, or in fishtanks, aquariums, etc.

A financial hazard! Many less scrupulous sellers refer to a form of Mexican or Pakistani banded Calcite as ‘travertine’, ‘Onyx’, or any number of other names. It is not!