Goldstone is an interesting man made glass which is created in blue, red, and green.

It is often sold polished, as tumblestones or carvings or jewellery. The rough pieces are not especially common but can be purchased for lapidary – although precautions should be taken as they are a form of glass.

The glass is created by mixing glass and metal in an oxygen reducing furnace atmosphere; crystallisation allows the metal to become shiny inclusions in the glass itself.

Red and Blue Goldstones are the most common, and contain Copper and Cobalt respectively. Green Goldstone takes its colour from Chromium oxides.

While one manufacturing process for Goldstone was invented in Venice in the seventeenth century, there is some archaeological evidence that it was made in the 12-13th Century in what is now Iran.

Goldstone was originally referred to as ‘Aventurine glass’, and was the source of both the word ‘aventurescence’ and the mineral name ‘Aventurine’. This is unusual; normally synthetics and glasses are named after minerals that are already popular!

Goldstone is a man-made glass and as such doesn’t really have a ‘locale’.

Historically, it was made in Murano and Venice, in Italy. In the modern day, I’m actually having trouble finding any information but we can assume production has likely moved East, probably to China.

If you’re interested, you can read this 19th century recipe for the glass.

Colours and Variations
Brown/red, blue, and a rarer green colour.
Streak
Luster
Greasy
Fracture
As glass; conchoidal to subconchoidal.
Transparency
Opaque to translucent.
Crystal habit
N/A, amorphous mass of glass.
Mohs hardness
6, but may vary based on composition.
Specific Gravity
2.50 to 2.80, but may vary based on composition.
Fluorescence
Easiest testing method
Visual examination should be sufficient, even without magnification. However, under magnification the Copper crystals are very obvious.
Common Treatments 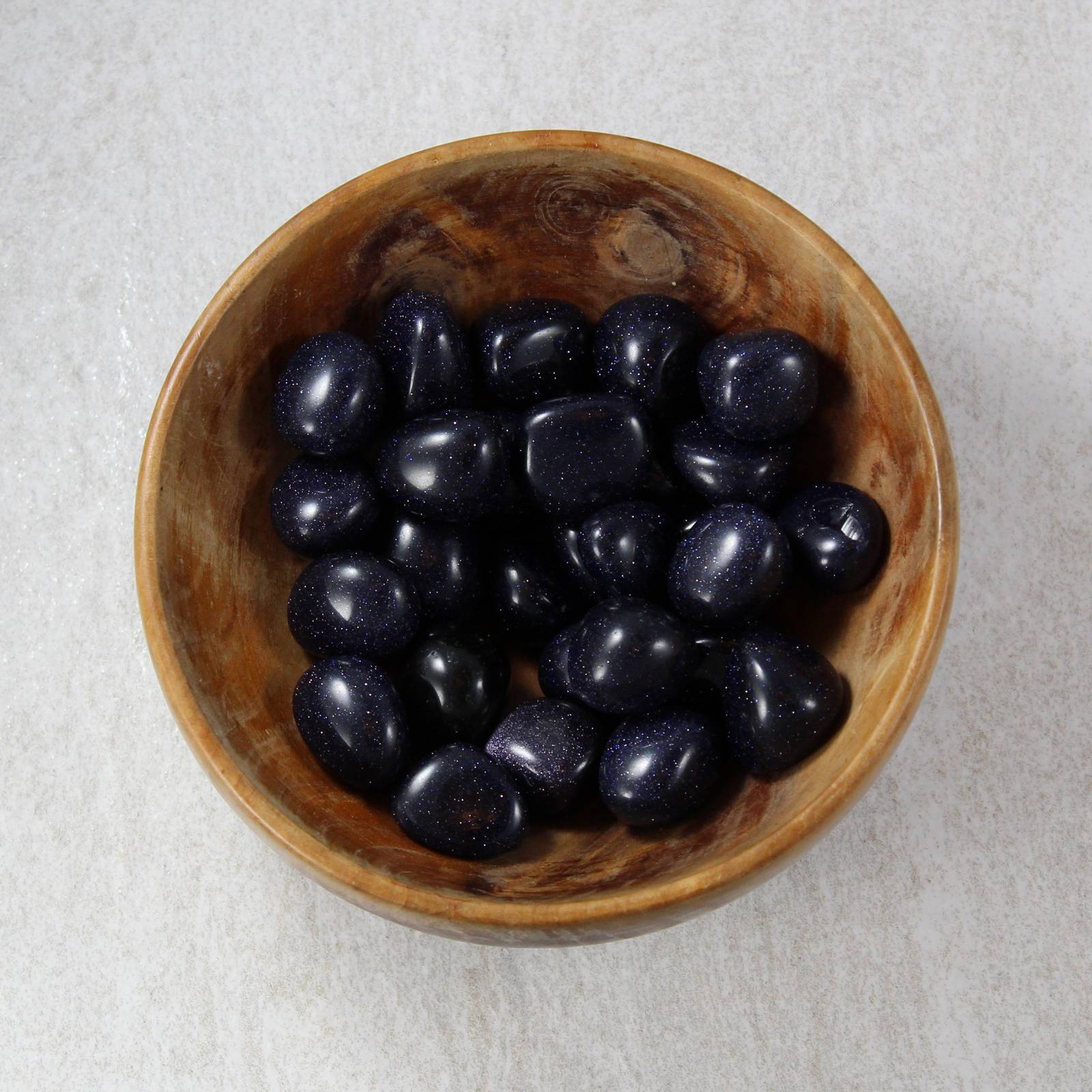 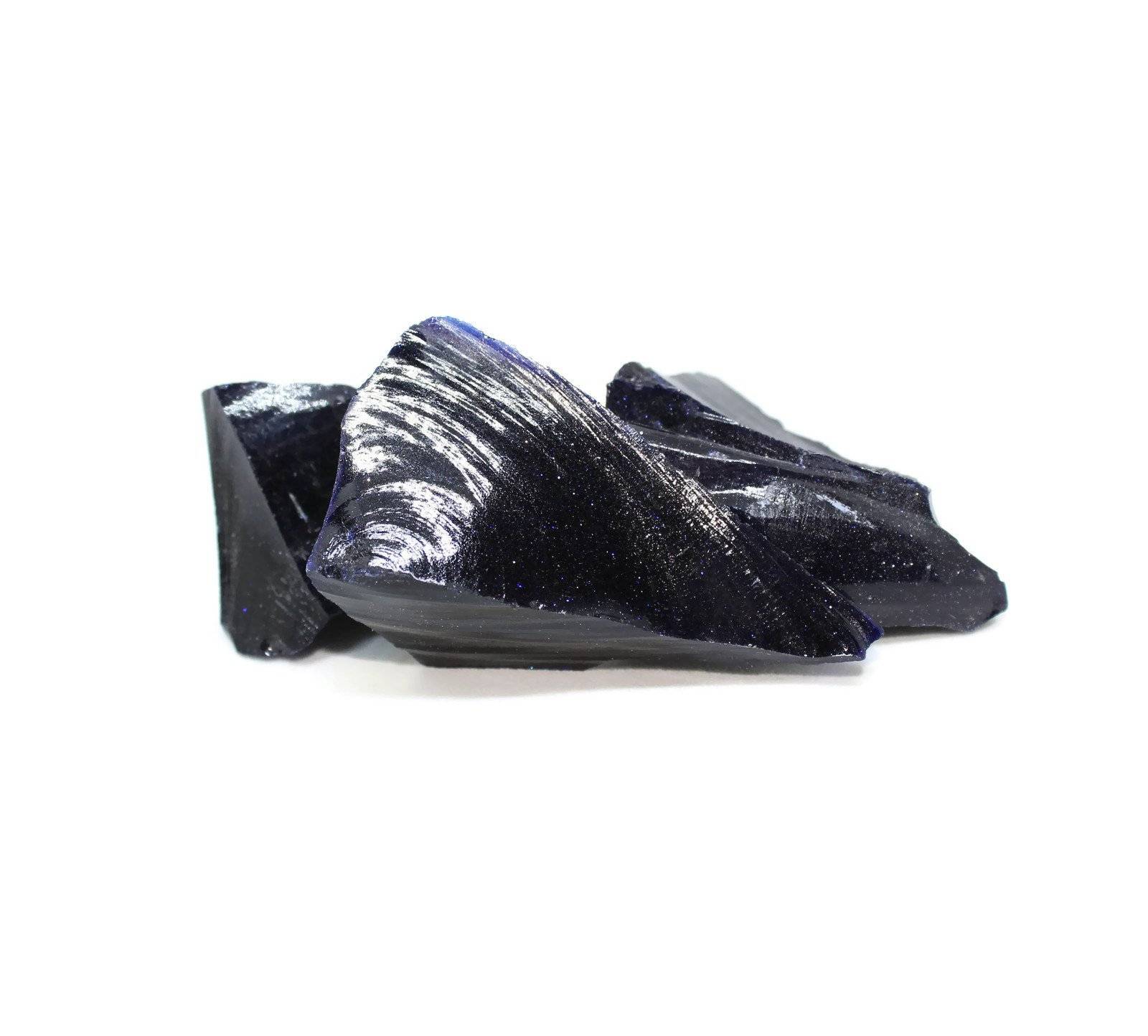 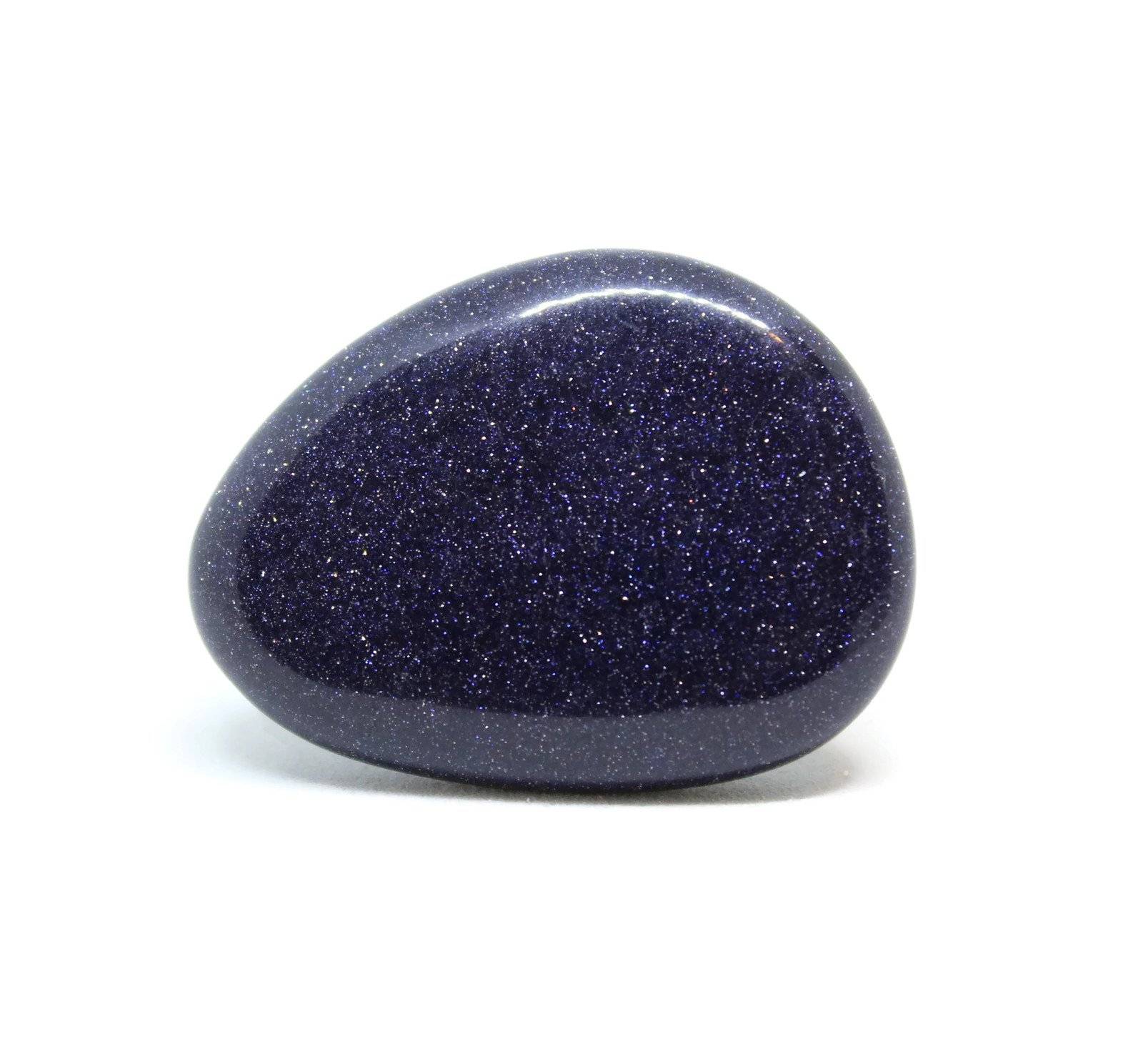 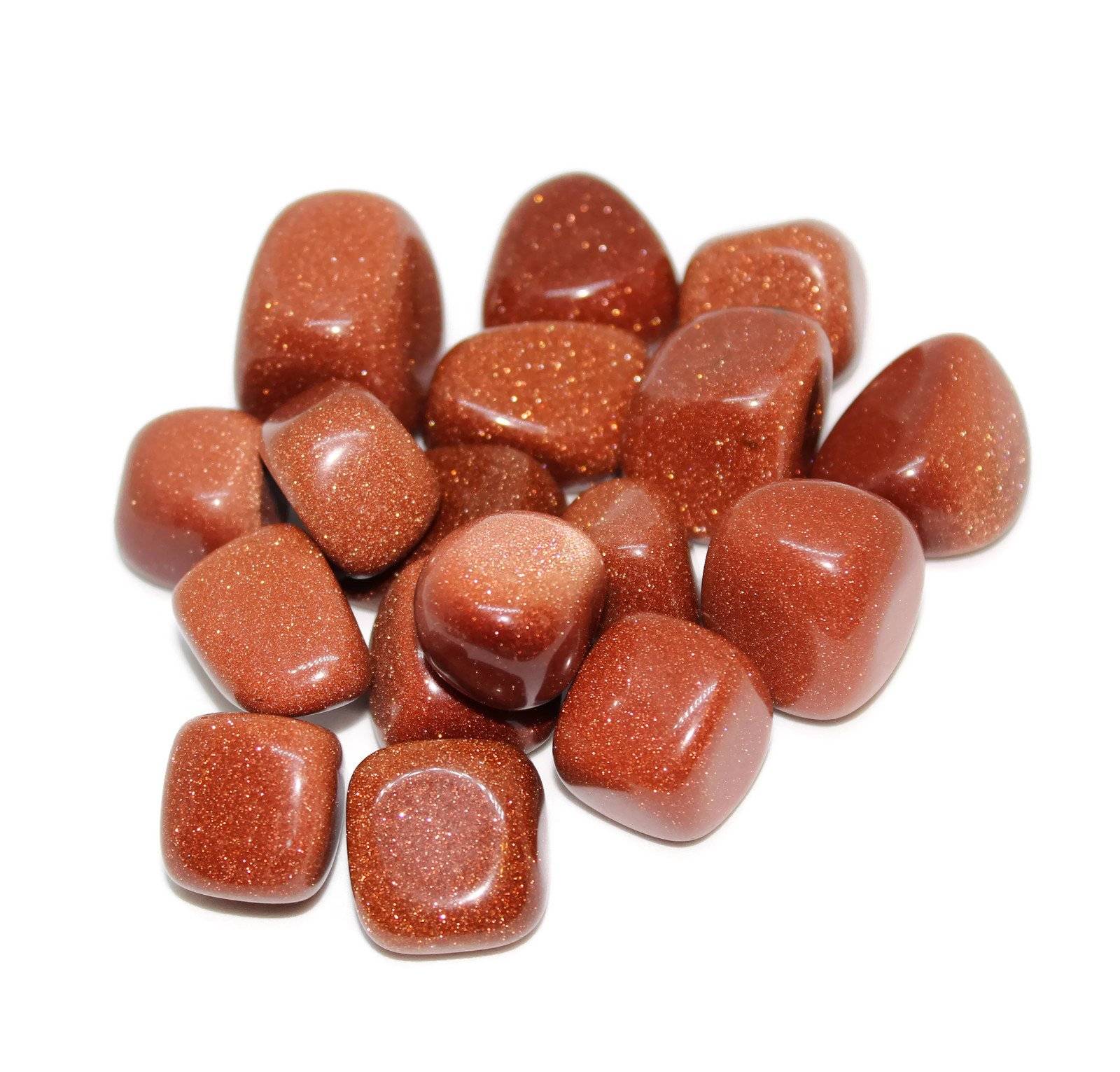 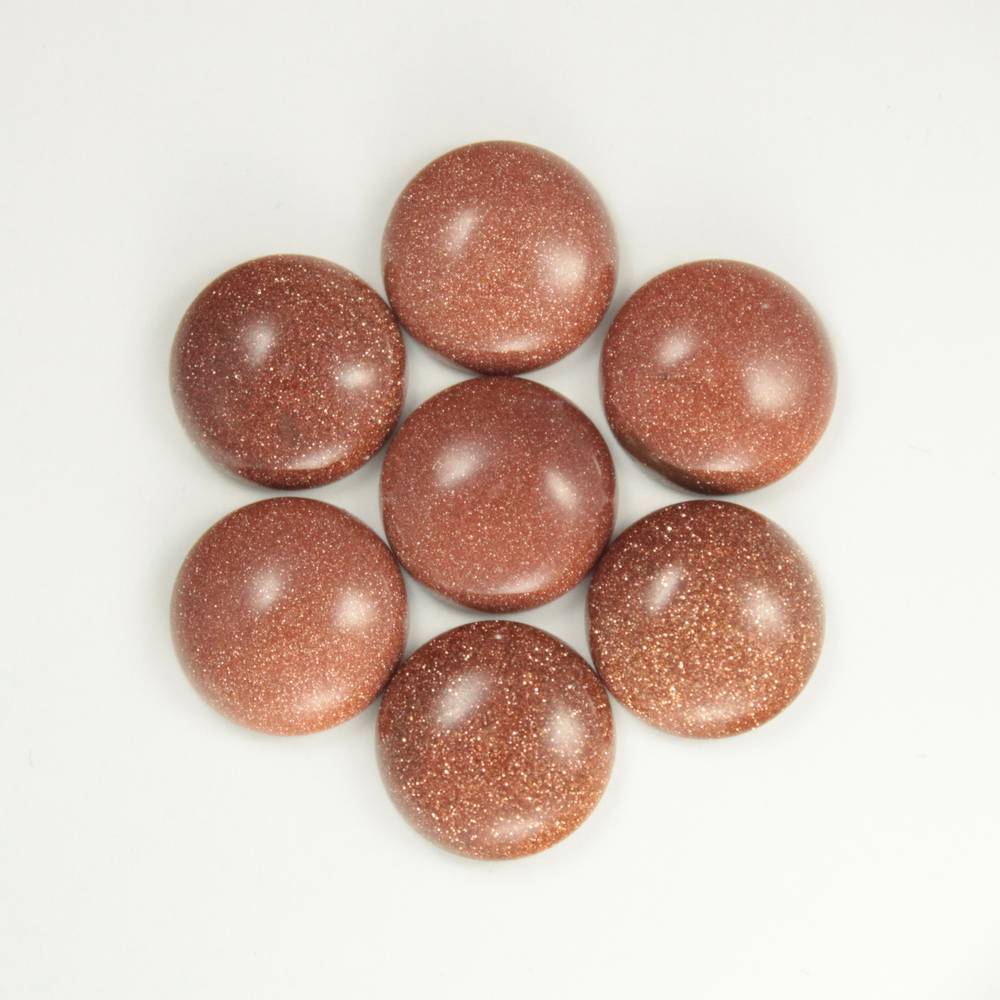 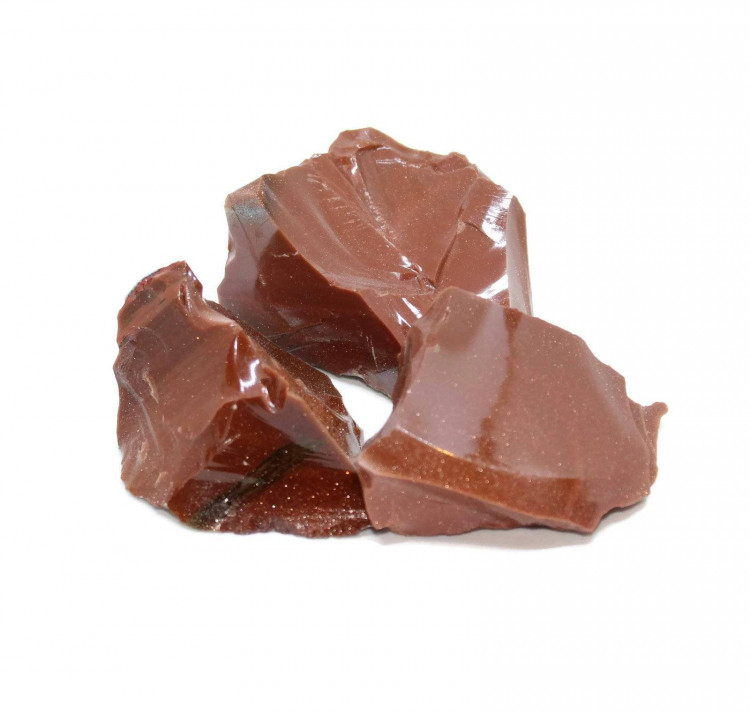 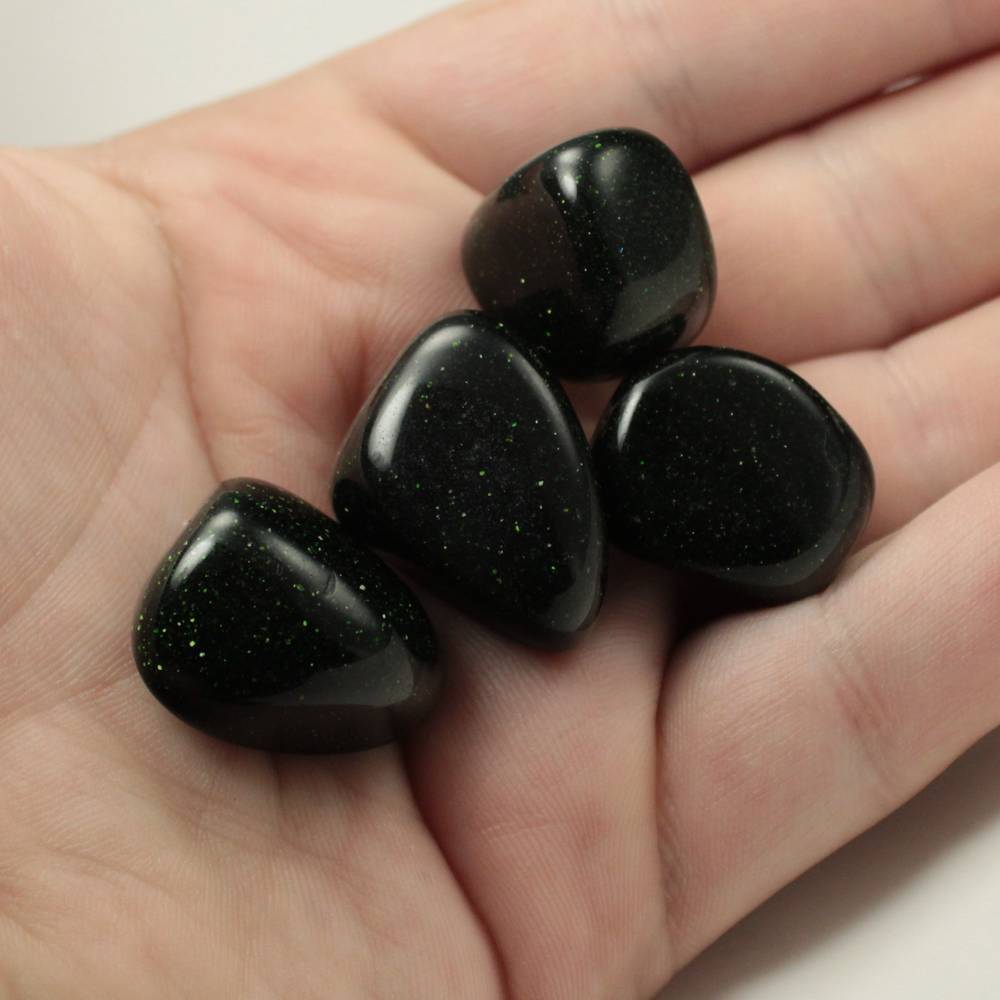 Photos of Goldstone Glass under magnification 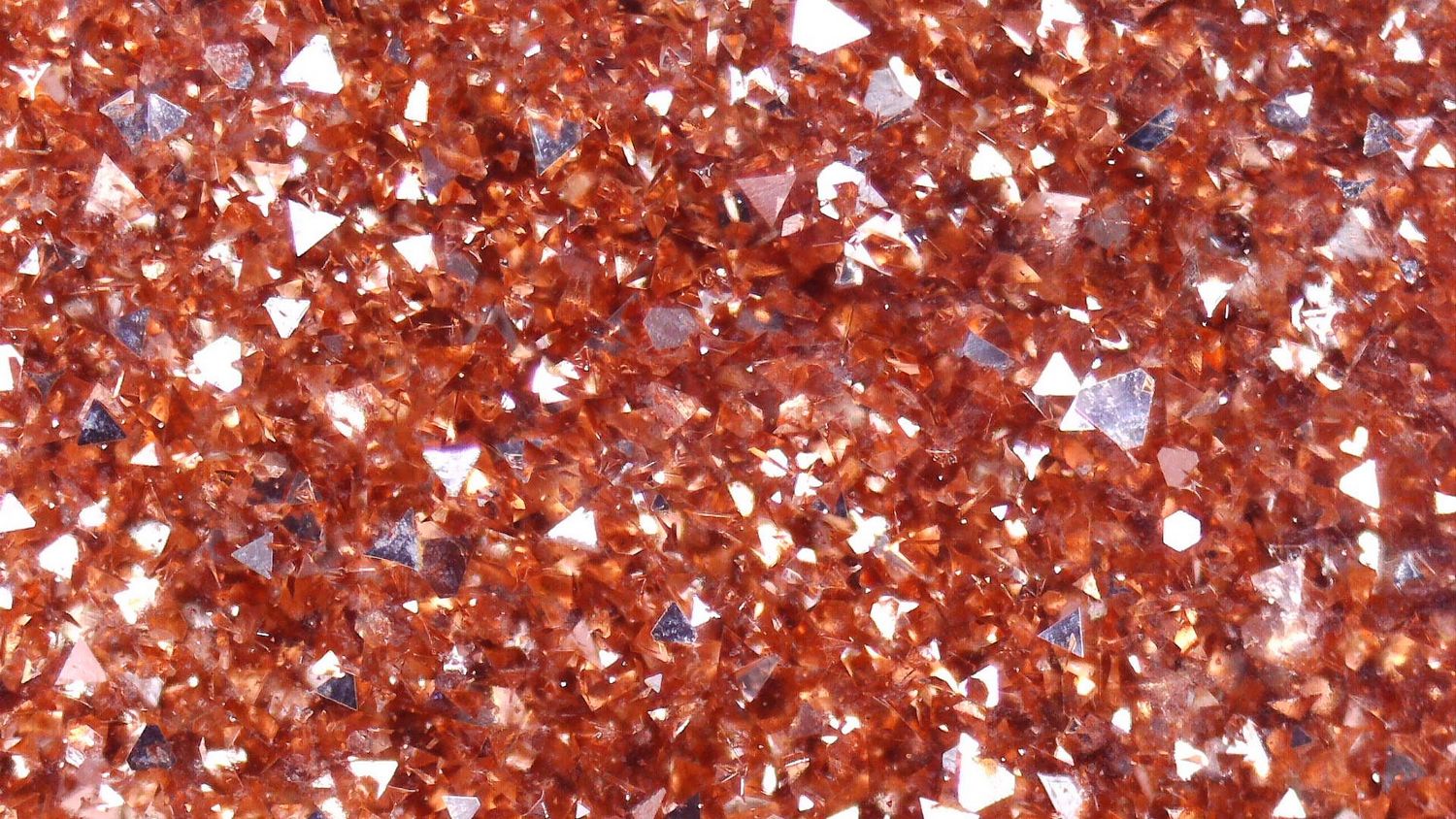 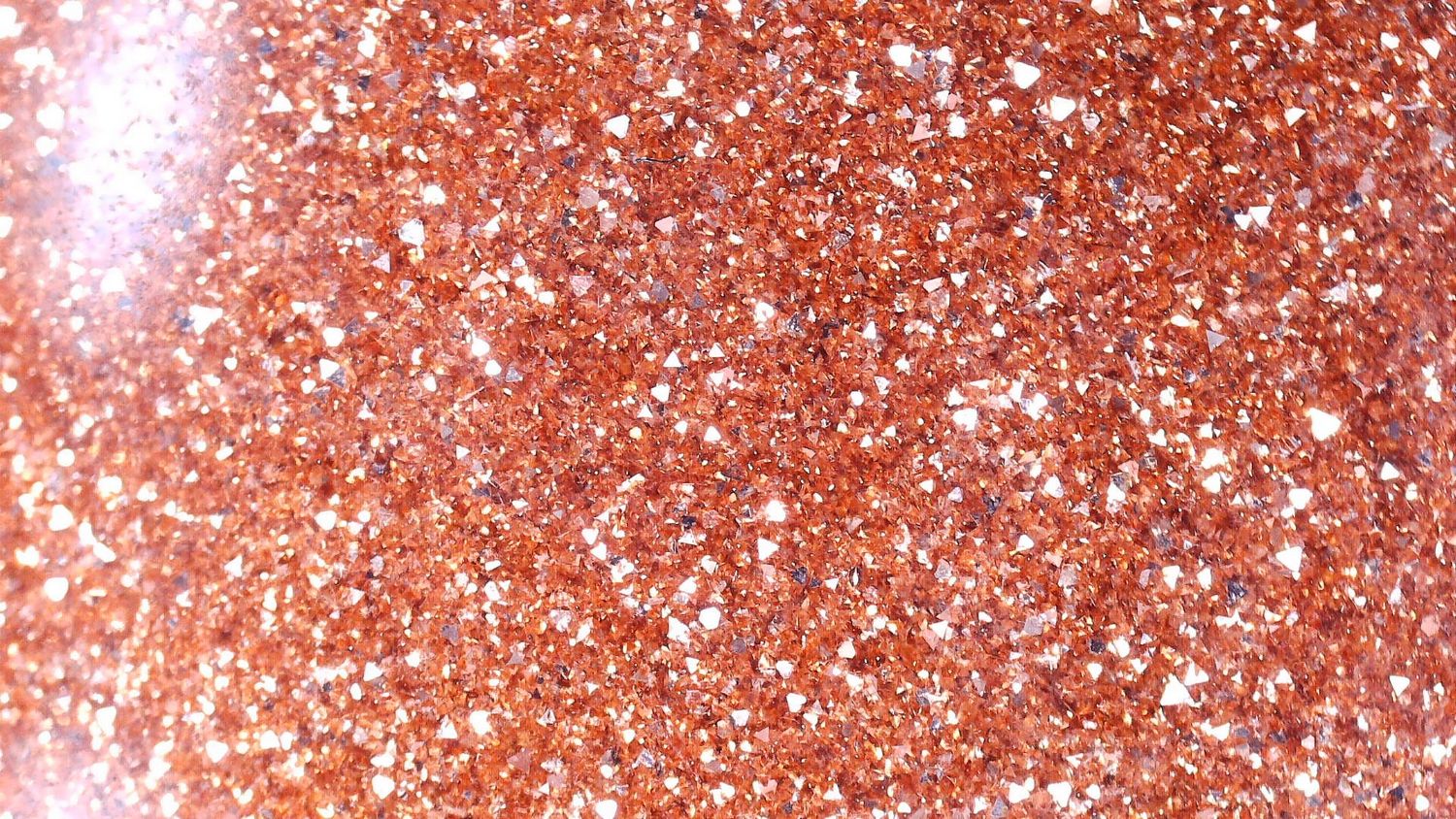 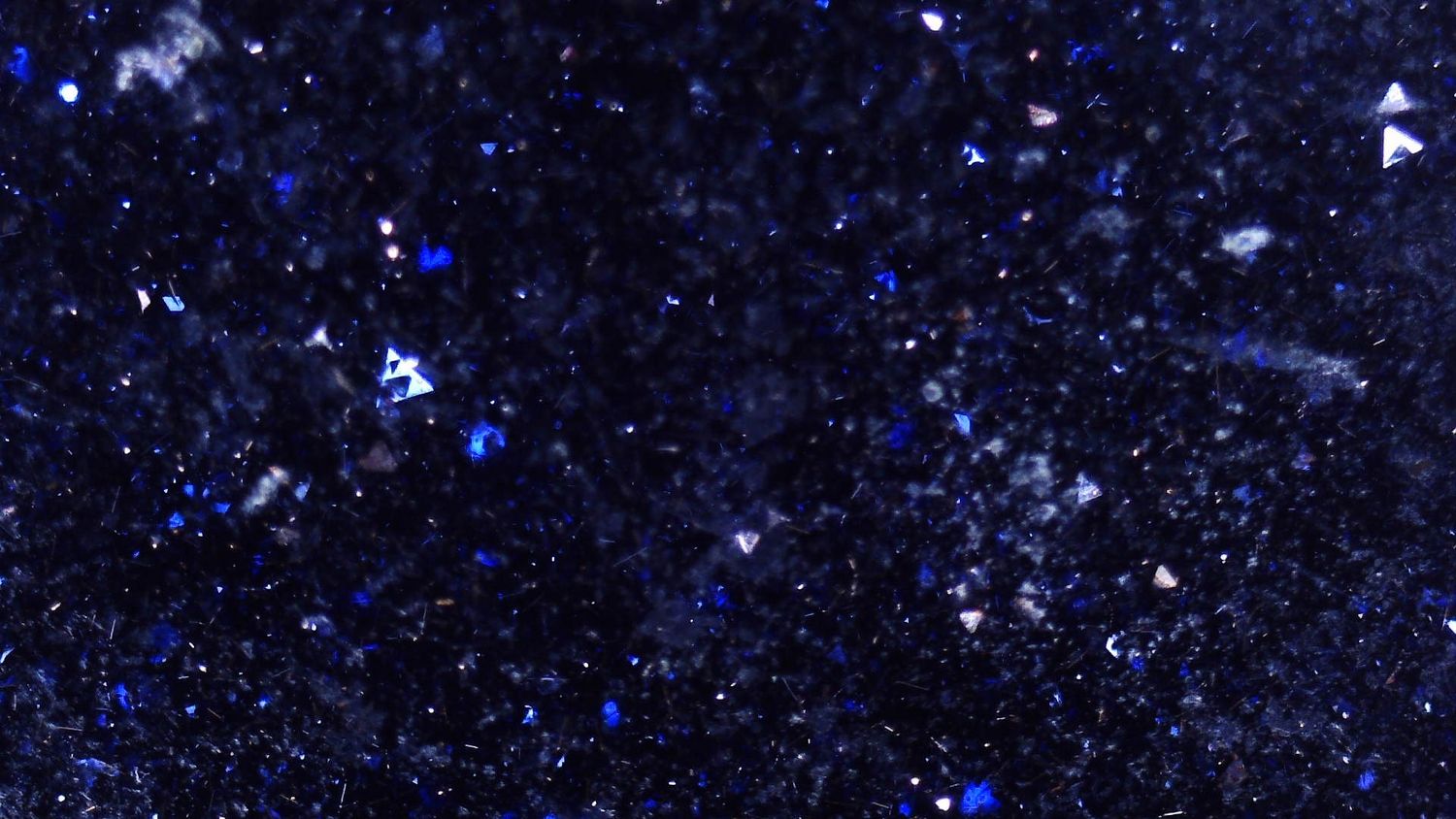 Goldstone is a glass, which can be extremely sharp when broken. I have had to process very large specimens into smaller pieces and this was quite scary!
Almost all rocks, minerals (and, frankly, almost all other substances on earth) can produce toxic dust when cutting, which can cause serious respiratory conditions including silicosis. As a glass, Goldstone is certainly not an exception!

Includes translations for ‘goldstone glass’ and ‘aventurine glass’ in an attempt to cover as many languages as possible. However, due to the simplicity of this term – ‘gold’ ‘stone’ ‘glass’, it is likely automated translators cannot effectively translate it. It is especially difficult considering ‘aventurine glass’ contains the name of another mineral, ‘aventurine’.