Crinoids are an echinoderm, and therefore an animal – despite often being referred to as sea lilies. I can see why, having looked at video footage of modern Crinoids. They look like flowers with waving arms swaying in the sea breeze.

They are made up of a stem, calyx, and arms. The calyx is a cup shaped skeleton, often anchored to the seafloor by the stem. The arms are used to catch food particles floating by under the sea – each ‘segment’ is known as an ossicle.

Some modern Crinoids have evolved without their stalk and are able to swim by moving their arms.

The oldest fossilised specimens are found in rocks from the Ordovician, or middle Cambrian – this is a matter of some debate among experts. A fossil found in the Burgess Shale, Echmatocrinus, may be an early Crinoid.

Fossilised Crinoid ossicles and stems are so abundant in some rock formations that they have actually turned into a specific form of sedimentary rock, known as Encrinites.

At the end of the Permian period, the majority of Crinoid species were wiped out by the PT extinction with only a few remaining – the ancestors of today’s living descendants.

In some areas, they are so abundant they can be used to date strata and biozones. They are one of the most common fossils to find in the UK, and as far as I’m aware, can be found on every modern continent.

Fossilised Crinoid on Limestone, from Germany.

A mixture of Crinoid stems from Kentucky, USA. 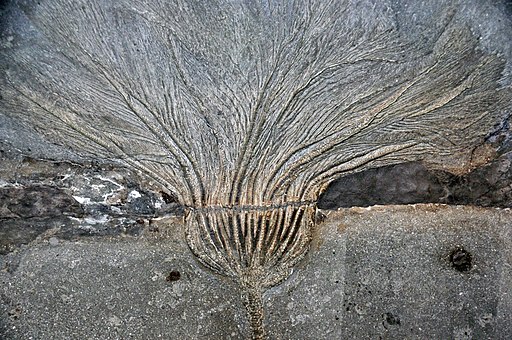 1904 illustration of a Crinoid, from Kunstformen der Natur. 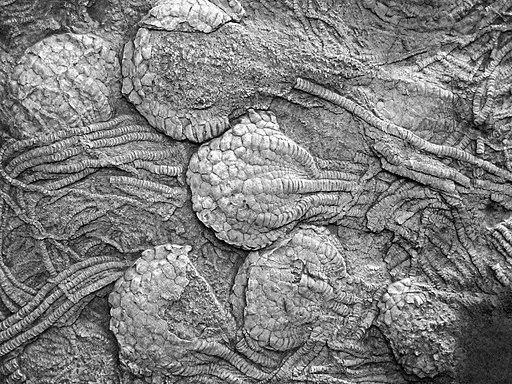 Several excellent specimens on a matrix. 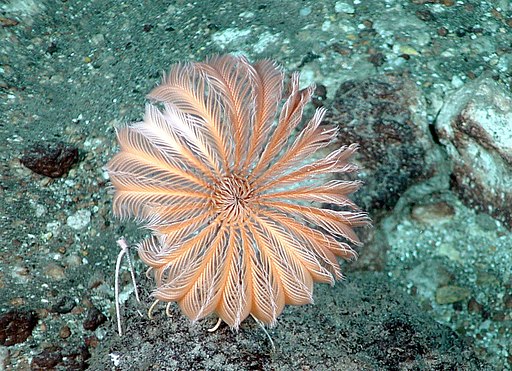 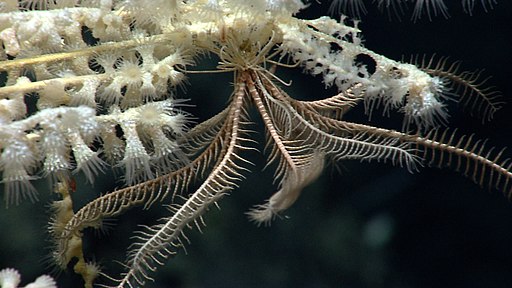 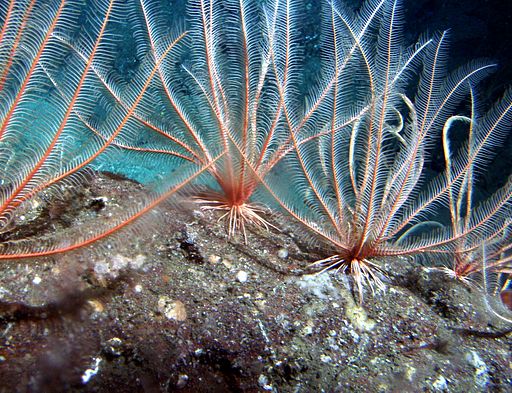 It is unlikely people will be doing much lapidary work with Crinoids, although some people do polish Crinoidal Limestone.