Amber is a gorgeous fossilised tree resin, which can be found worldwide.

It has been used as a gemstone since antiquity.

Some pieces can be scientifically important due to high quality inclusions of insects and organic matter, which provide a very well preserved look at ancient life.

Amber specimens can contain a very wide range of inclusions – from insects and spiders to ferns, ammonites, entire lizards and even feathers from feathered dinosaurs or very early birds.

Amber is pretty much exclusively used as a gemstone – it is cut and polished into jewellery – cabochons, especially. It is also carved into a range of other decorative objects.

In some parts of the Baltic, Amber and Amber markets are actually quite a large tourism draw! It is quite often used for religious purposes, too – Christian and Muslim rosaries being a key example.

It is also used for babies teething necklaces sometimes, too, although I personally do not think this is a good idea.

Why does everyone love Amber?

This gemstone has been known for its distinct colour and beauty since Neolithic times – beads made from the resin have been found in graves dating as far as back as 8000 BCE. There are a wide range of colours – the better known ones are honey, yellow, orange, red, and butterscotch, but it is rarely found in a blue colour or even a green.

It is a fossilised tree resin formed from millions of years of heat and pressure. The sticky resin could sometimes trap small insects and plants; these pieces are very rare, and are an especially coveted and unique material.

Amber is found in several countries worldwide, although it is sometimes known by different names.

The most common, and one of the most prized locations for this gemstone is the Baltic – it is mined in legal and illegal open pit mines in Kaliningrad Oblast, but is found throughout the Baltic Sea region. In some parts of coastal Poland, it washes up on the beaches after a storm – I have been lucky enough to see a fisherman with a net pull a fist sized piece out of the sea near Gdansk.

In the Dominican Republic and some other locations worldwide, it is found in a unique blue colour. There are several theories as to the cause of this, but it may be due to forest fires in ancient times.

Amber can be found in a few places around the world. The most important and famous deposits are in and around the Baltic Sea area, especially Poland and parts of Russia. It can also be found in the United Kingdom, Germany, Borneo, the Dominican Republic, the United States, Colombia, Spain, Hungary, and possibly other locations.

Most Amber sold online will be from the Baltic, the Dominican Republic, or Borneo. There is also a significant amount from Myanmar/Burma.

Mineralogy (not technically, its a mineraloid)

Can be burned to create a ‘nice’ pine smell, fluorescent under UV lights, extremely light and can float in salty water. Not sticky when wet with acetone, unlike Copal and most plastics.

There are many fake and simulated forms of Amber, so a more detailed list of testing methods should be read before purchasing.

Amber is often treated – and there are many synthetics which can be difficult to detect. This isn’t the best place to really go into it but treatments include clarification, colour adustment, reconstitution, fake inclusions, creating ‘sun spangles’, and dyeing.

Heat treatment is probably the most common form of treatment, which is used to improve the clarity and colour of Amber.

Rough Amber (as found / as mined) 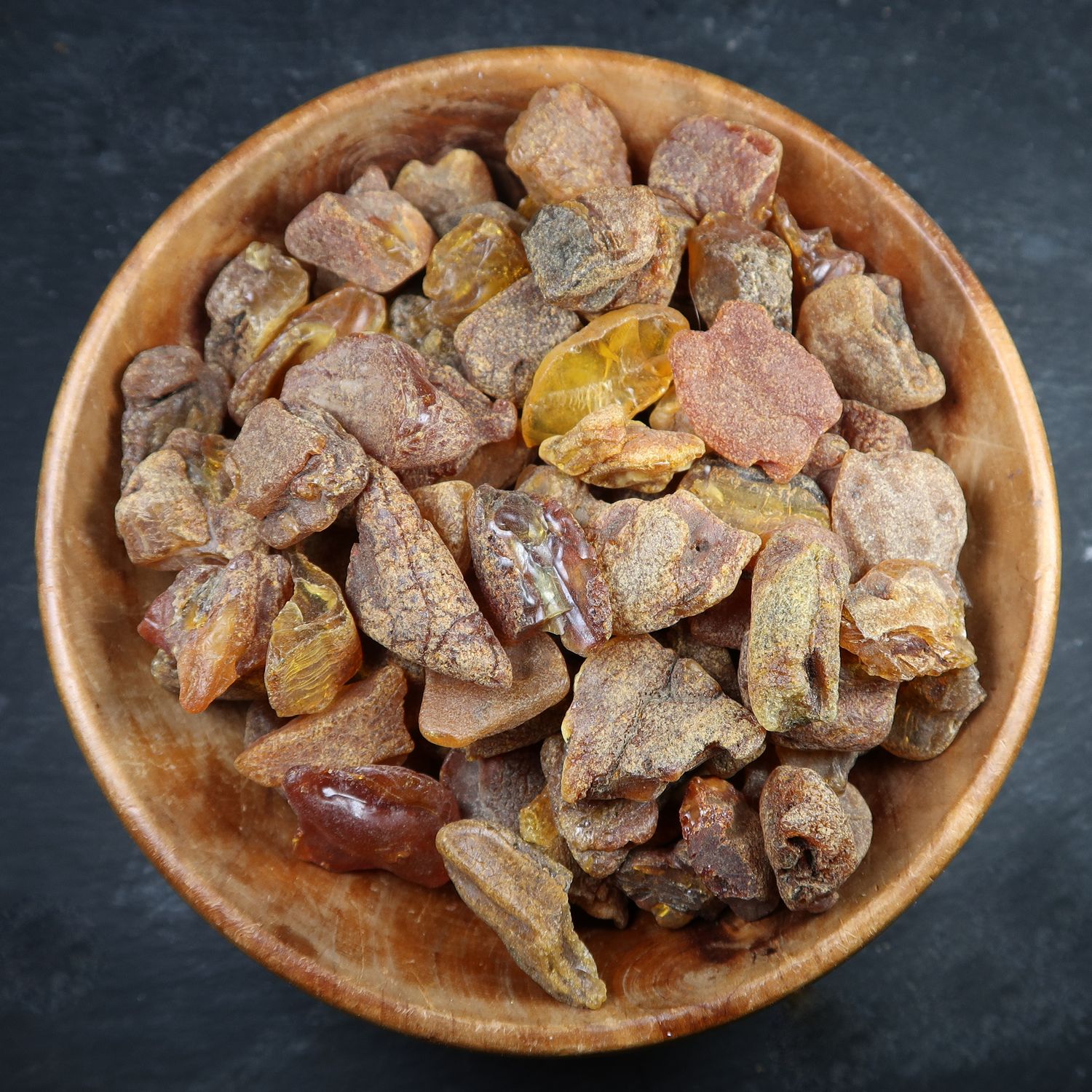 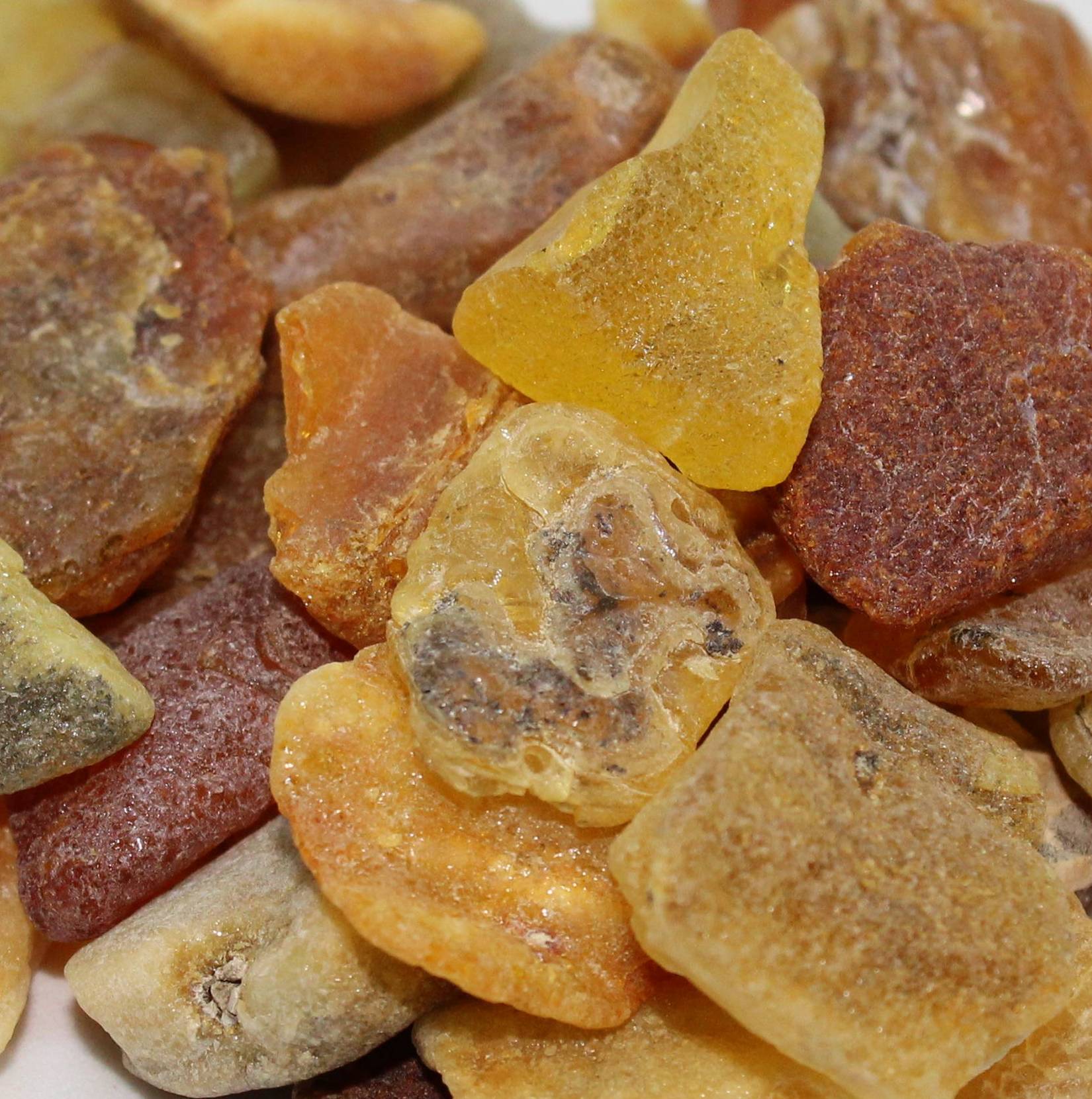 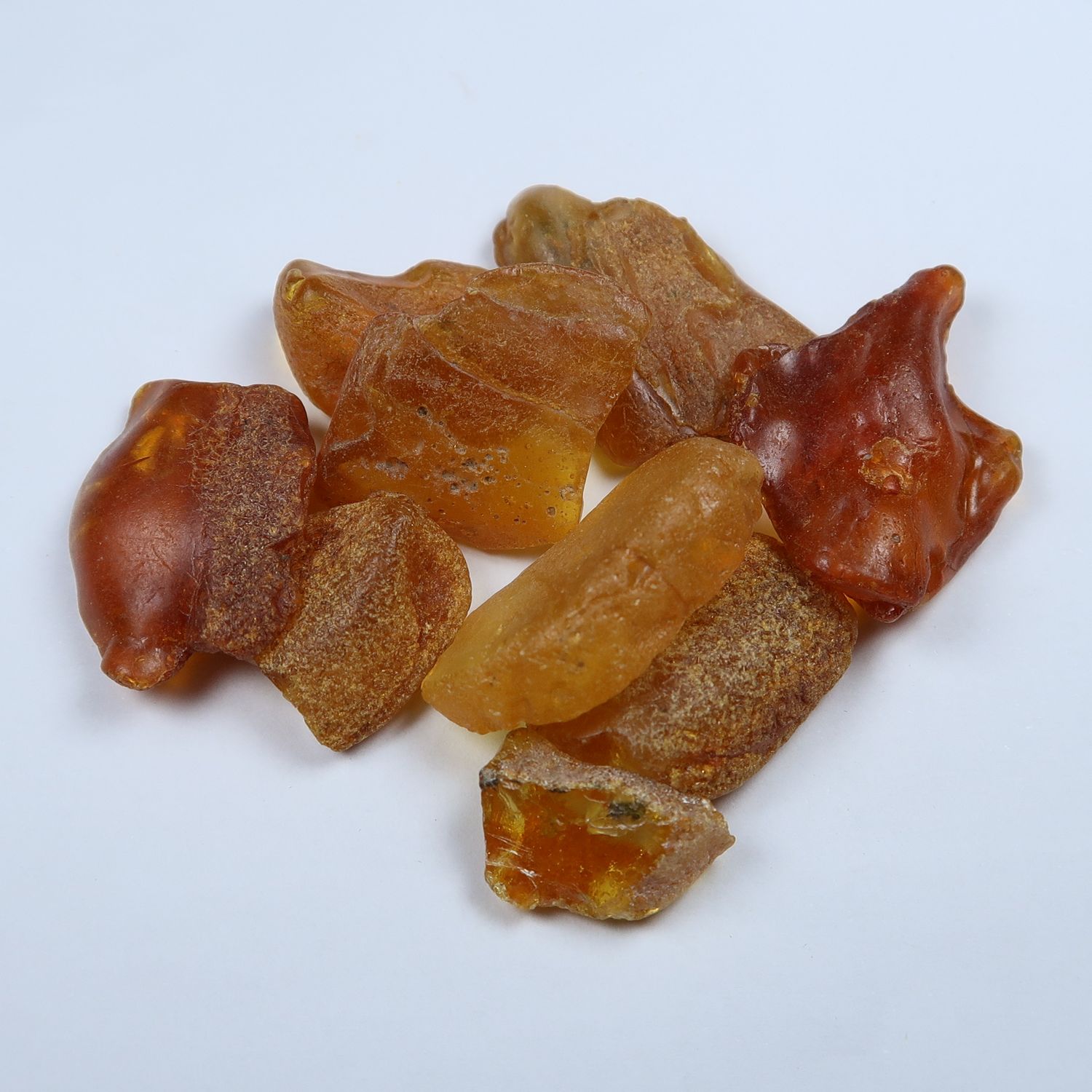 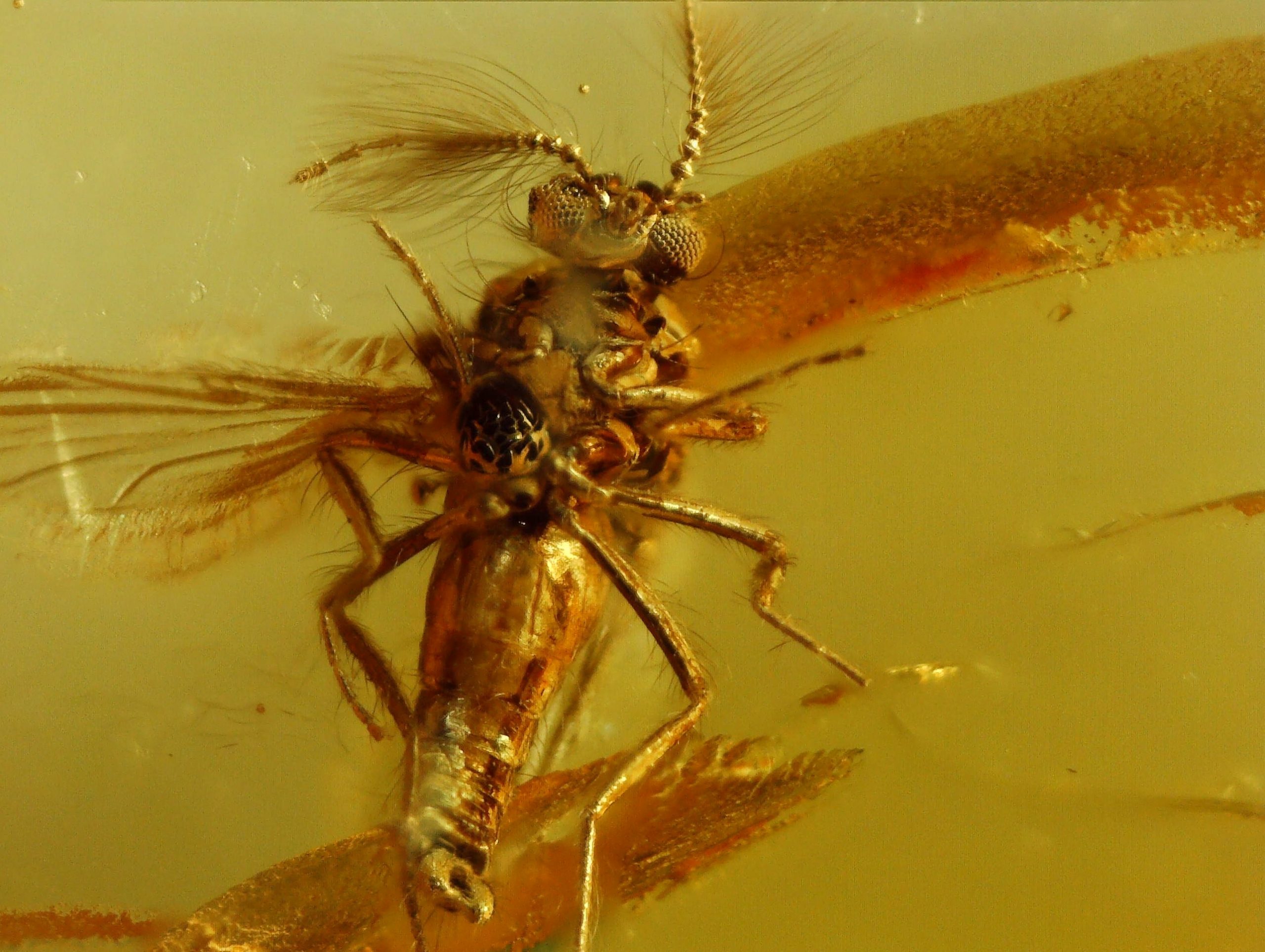 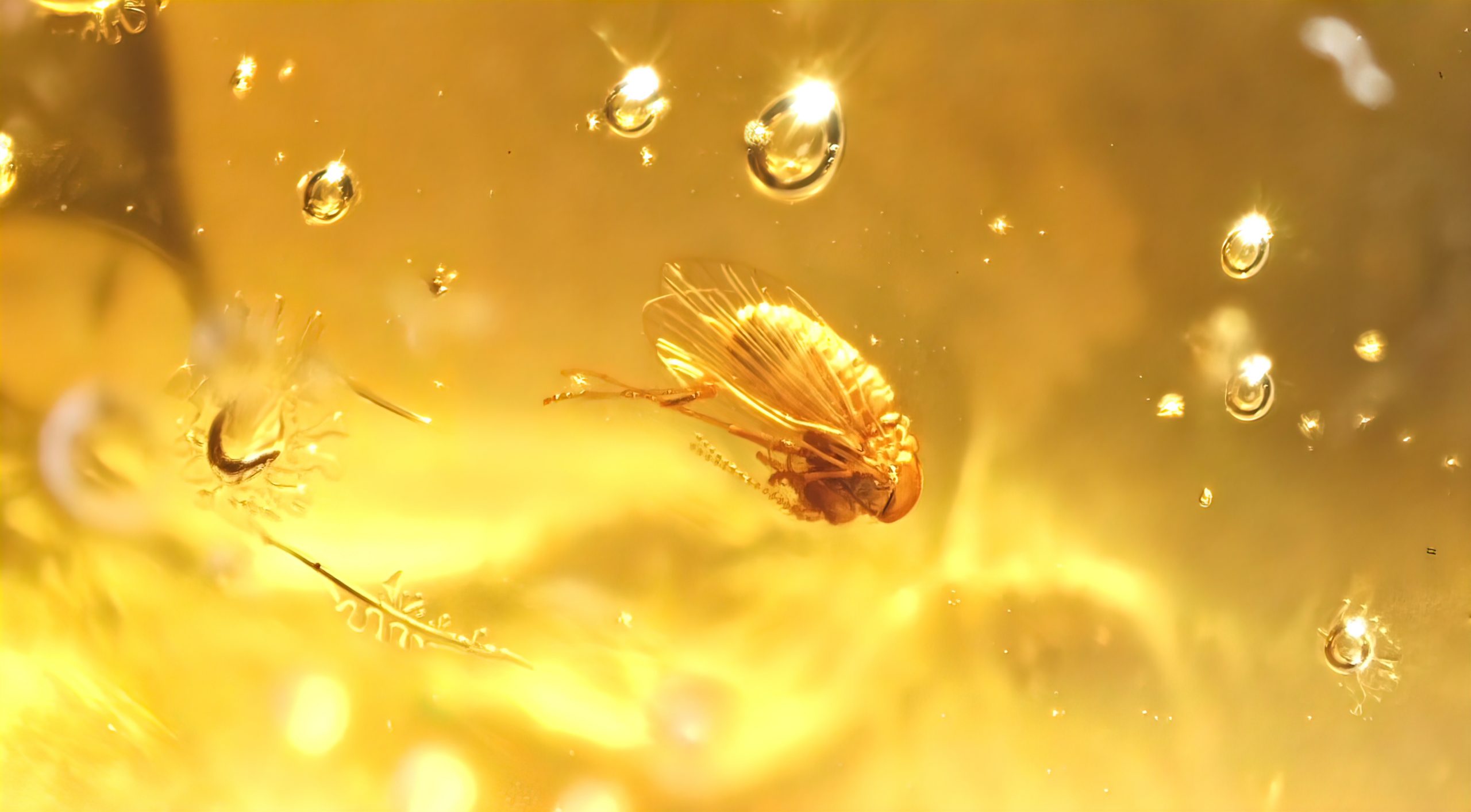 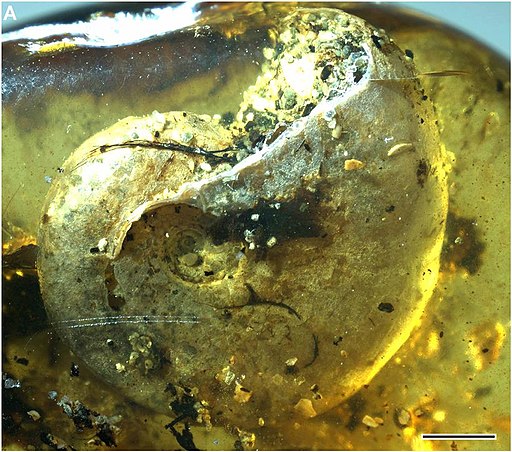 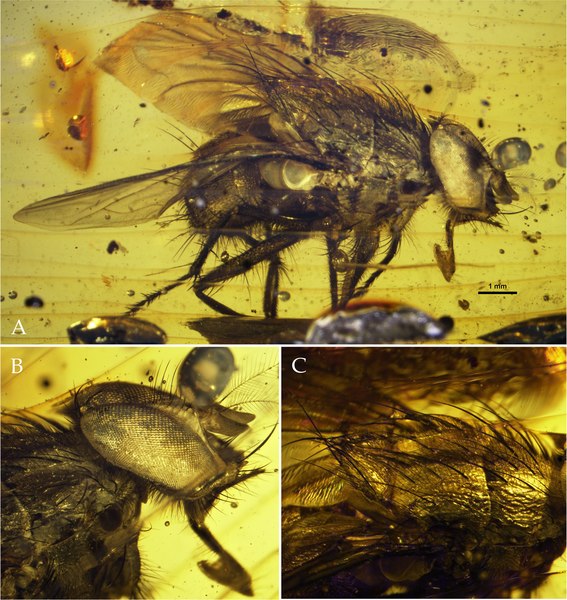 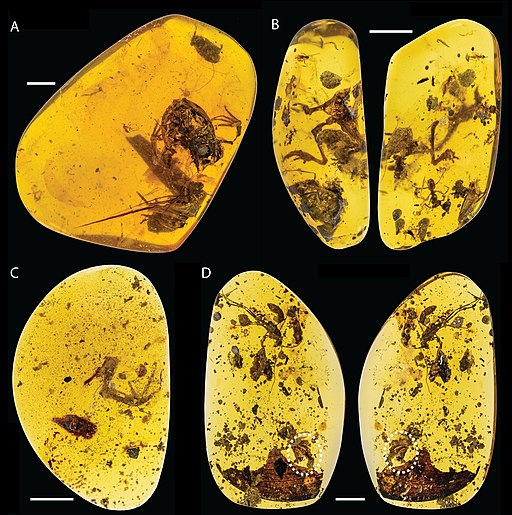 Amber in art and jewellery 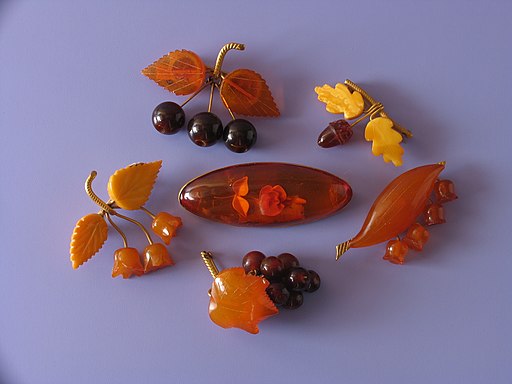 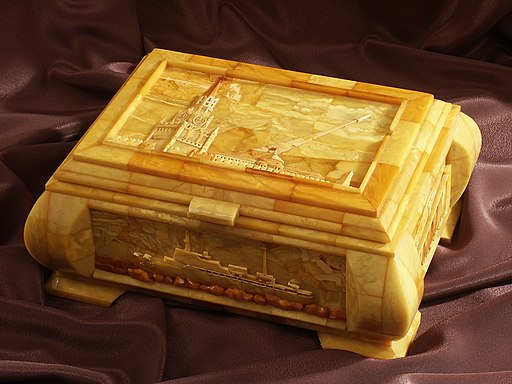 Archaeological relics made of Amber

While we generally only translate some of the most widely spoken languages, there are a few languages specific to areas which produce (or purchase!) a lot of Amber.