What is slag, anyway?

If you’re a regular on mineral identification or discussion forums or groups, you’ll have seen posts with photos of an unusual material, followed by a dozen comments of “SLAG!”.

It’s not an insult, honest*. Fans of mineral identification and those who give their time to attempt it are probably a bit sick of slag by now but it occurs in so many forms that it can be quite tricky to identify. Even more annoyingly, it looks similar to volcanic rocks like scoria due to its vesicular nature. Glassy or highly vitrified types of slag have been confused with Obsidian many, many times. It has even been used to imitate meteorites.

*If you’re an international reader, Slag has another, more adult meaning in the UK. If you’re a UK based reader, stop giggling. 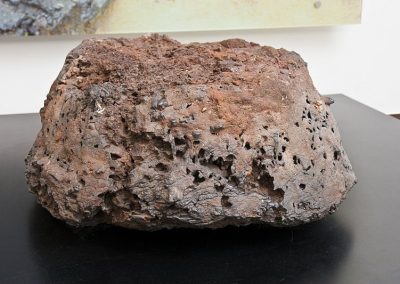 A large single piece of Slag, estimated to be from around 200-500AD, Jutland.
Image credit: Knud Winckelmann,
Via Wikimedia Commons CC BY-SA 3.0 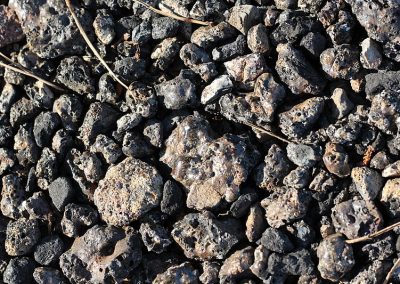 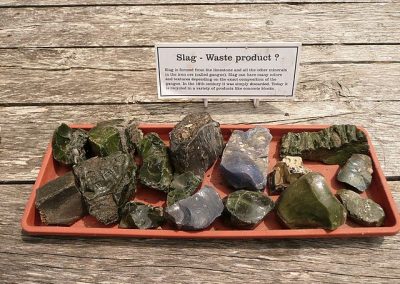 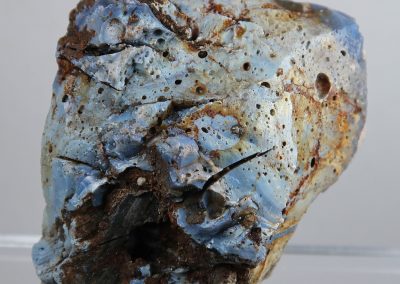 So… what is it, where does it come from, where is it found, and what types are there?

The term slag isn’t really accurate, to start with. In online groups and discussion forums, we tend to use the term ‘slag’ to refer to all industrial byproducts that might get confused with minerals or rocks.

However, ‘Slag’ specifically refers to byproducts created during metal smelting. It is often a mixture of silicon dioxide and other metal oxides or metal sulfides; the exact composition depends on both the method used for smelting and the compositions of the ore being smelted.

It is genuinely quite difficult to distinguish between certain materials, though – so ‘slag’ is used to describe them to a reasonably satisfactory standard, at least for beginners. A more general term might be ‘clinker’, but I’m not sure if that is a UK colloquialism or not. As such, I’ll use the term slag/clinker interchangeably or together, as I’m not planning on writing too much about metal smelting any time soon…

Typically the materials are grey, brown, or black – sometimes with an iridescent effect. They often have some rough or sharp surfaces, possibly some ‘glassy’ looking surfaces, and usually a number of bubbles (vesicles) or bubble marks. They may or may not be attracted to a magnet, and they may or may not be picked up by a metal detector.

I am writing this from a UK perspective, which may not hold true across most of the world (but likely does). That is, slag or clinker is everywhere. In the UK, this commonly takes the form of iron smelting slag.

It was used to build up railway embankments and tracks, to cover footpaths, to provide shoring up, hardcore, etc – sometimes it is mixed with mud, concrete, and other debris to form cheap hardcore. My house is built on the road between a major city and numerous small collieries; my garden is full of clinker and slag!

Some slag is ancient; there is significant archaeological evidence of Copper smelting slag at various sites from the Bronze Age. The slag there can be chemically analysed and potentially help to determine what minerals were being smelted, and where from. There is a photograph above of a large piece of Iron smelting slag from the Scandinavian Iron age.

So what’s the difference between ‘slag’ and ‘slag glass’?!

One of the more confusing uses of this name comes into play when we consider three different names – ‘glassy slag’, ‘glass slag’, and ‘slag glass’. Surprisingly, only the first two mean the same thing.

Glassy slag is just… slag, with glassy attributes. It is high in silica, often has shiny or polished looking sides, high heat from whatever industrial process it comes from has formed glass, essentially.

To confuse matters, there is a type of glass referred to as ‘slag glass’, or ‘malachite glass’, which was possibly originally made with glass and slag and press formed.

To… yep, you got it – confuse matters even more – many people refer to any large pieces of waste glass as ‘glass slag’, meaning it is ‘an industrial byproduct made of glass’. This includes things like cullet glass – large chunks of which are often mistaken for minerals or crystals. It makes sense to me, especially if there are numerous layers, colours etc of waste glass!

To sum up, the common usage of the word ‘slag’ in collecting groups etc now seems to refer to ‘an industrial byproduct’ rather than the strictly accurate metallurgical definition. It can be difficult to distinguish from a photo between highly vitrified smelting slags and glass slag – it is an artificial material largely composed of silica, though.

While this isn’t strictly an accurate use of the word, language evolves and in this case, it is accurate enough for most. It’s either that or we all start saying ‘glass byproduct’, which just doesn’t have the same ring to it. For archaeologists I think the issue is a little more in-depth; for mineral collectors who aren’t specifically interested in historical slag, hopefully the one term will be enough.

On a related note – if anyone has any photos of metal or glass slag that they wouldn’t mind me using on this page, please contact me! Thanks 🙂