Turquoise is a blue-green Copper mineral which has been used as a gemstone for thousands of years. It is also a bit of a tricky one, given the many, many fakes available online!

It typically occurs as ‘nodules’ or ‘nuggets’, small blue-green blobs which often have spider-web type markings or some matrix. However, it can occur as veins, or in association with other Copper bearing minerals, or other minerals in general – quite often with Quartz.

Many cultures used Turquoise in jewellery or as a decoration, including the Ancient Egyptians, Aztecs, Persians, and Mesopotamians. Despite its fame, the silver and Turquoise jewellery produced by the Navajo began quite recently by contrast to the other cultures in this article. Ancient Egyptian grave furnishings from around 3000 BCE have been discovered, although probably the oldest archaeological evidence of Turquoise being used is from around 5000 BCE in Bulgaria!

The burial mask of Tutankhamun was inlaid with Turquoise, Lapis Lazuli, and Carnelian.

Turquoise has also been used as an ore of Copper, although from some places specimens are worth significantly more than ore weight. Since the closure of several key mines, including the ‘Sleeping Beauty’ mine in Arizona, the price of Turquoise has risen considerably.

It is very important to note that a huge amount of the Turquoise available for sale online is fake – more on that below!

Turquoise as it was mined. No treatments, no dye, no stabilisation.

Untreated Turquoise of the highest quality is the most valuable – if it is stable it can be used for jewellery, if it is less stable it can be sold as a mineral specimen. Of course, lower-quality natural pieces are perfect for specimens too – not every collection can afford a top-shelf museum grade piece!

Waxing or oiling Turquoise is a practice that stretches back to antiquity. It is a very minimal treatment that causes a slight improvement to colour and lustre; it is so common that it is rarely even mentioned as a treatment.

Stabilised Turquoise is a fragile or chalky Turquoise, typically American material, that has been impregnated with a resin or epoxy in order to make it both strong and shiny. When mined, some Turquoise can be chalky and unsuitable for use in jewellery. High pressure impregnation of the material creates a more stable Turquoise – this should always be disclosed to the buyer as it is used to create a higher quality stone from a low quality one. Some buyers will reject stabilised stones and opt for natural from another source.

Composite Turquoise consists of chalky specimen pieces or offcuts from lapidary work – scraps and pieces, which are crushed and then reconstituted in a resin or plastic. It is often mostly artificial with little to no actual Turquoise, but this will vary from supplier to supplier with no way to tell!

Dyed Turquoise is pretty simple – Turquoise which has been dyed. In an ideal world, I’d be able to tell you that all of it is natural but dyed to enhance the colour – but I can’t. Some may be stabilised or otherwise treated and the sellers may not disclose this, only mention the dye.

Synthetic Turquoise is pretty obvious – any number of resins, plastics, glasses, or other materials intended to con the buyer into thinking they are buying real Turquoise.

It becomes a little more difficult to spot when you include what I call Turqalikes; stones with a passing similarity to Turquoise which are often used to fake the material. In some cases they are sold under similar names, such as ‘Turqurenite’, in others, the sellers will lie to you, or, if we are to be very trusting, simply don’t know what they are selling.

There are five minerals that I know of that are used to resemble Turquoise, but I’m sure more will crop up. Howlite and Magnesite are by far the most common fakes on the market.

Rarer translucent to transparent crystals can be found in a few locations too, including Belgium, Norway, the UK, and the USA. These tend to occur as very small crystalline growths. 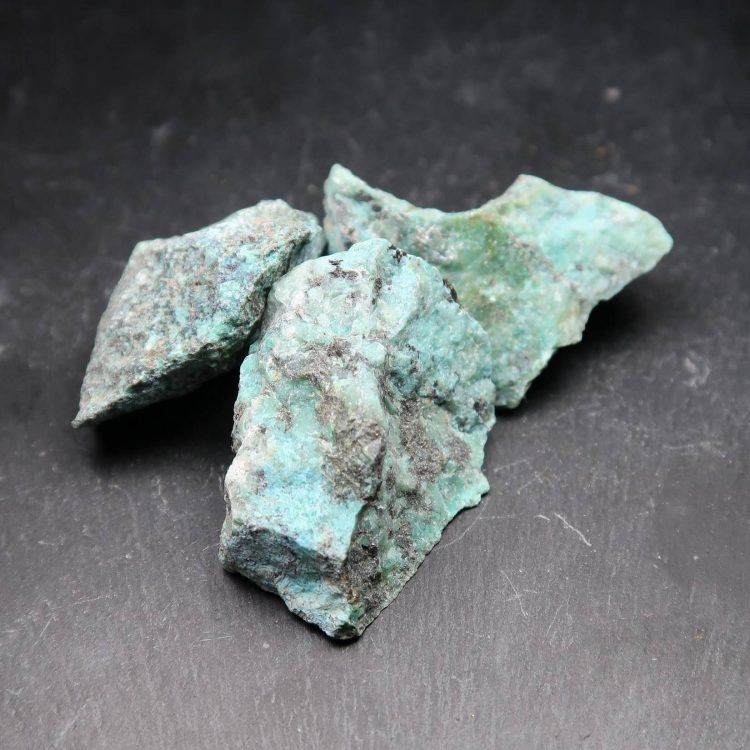 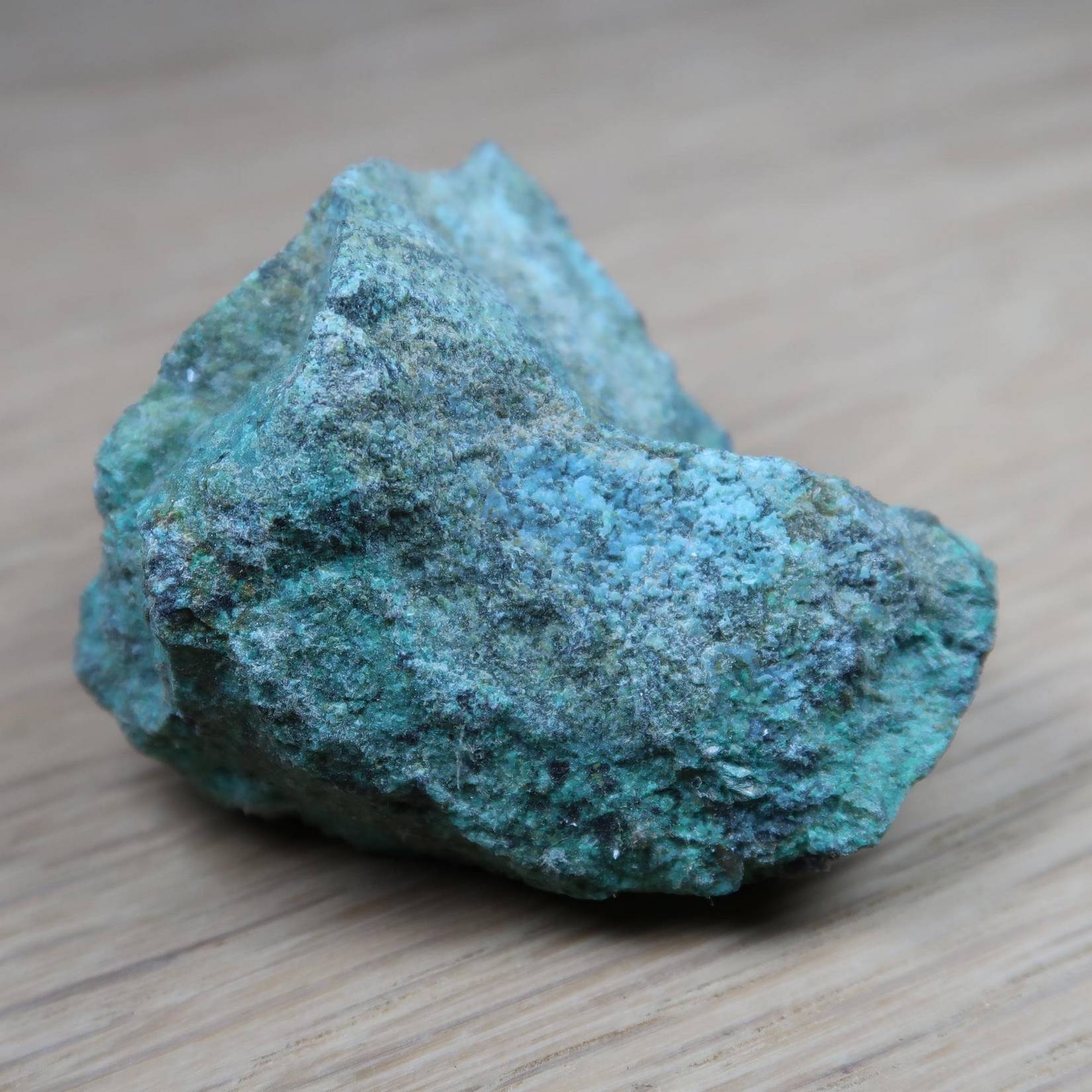 In some cases, the translation will be for ‘turquoise stone’, to avoid irrelevant search results – there are many pages of colours and unrelated non mineral search results otherwise.