K2 Stone is an unusual type of stone which has caused a lot of debate over the years!

It is often sold as “K2 Granite”, or “K2 Jasper”, but the true composition is likely beyond the knowledge of many. It is, however, definitely not a form of Jasper; this is a trade name only and should not be used.

To put it as simply as I can, this is a Granite with splotches of Azurite, which is unusual as the two do not normally occur together. There is a little more detail below, and significantly more detail in the links at the bottom of the page for further reading.

K2 Stone is quite a new one to the market, and is exclusively used as a decorative object. As the entire point of its appeal is the blue patches, it is somewhat limited in how it could be worked – tumblestones, small cabochons, beads, etc may be too small to have many, if any patches of blue on.

It is possible, although not personally confirmed by me, that sellers could dye patches of a granitic rock with blue dyes to simulate this stone. Test with Acetone or another solvent if in doubt.

Kind of unknown, actually! The material is definitely mined in Pakistan; it may be somewhere in the Karakoram mountain range which it takes its name (K2) from. Other sources claim it is from closer to Skardu.

The exact location remains somewhat of a mystery publicly. I would suggest it is not quite as close to the mountains as some claim – it would be very difficult to make it economically viable to remove any material.

Chemistry
A fine grained white granite composted of Quartz, feldspars, and biotite.
The Azurite is a secondary mineral which formed after the rest and acts almost as a dye, staining the granite. In some cases there are green rings around the blue patches; assumed to be Malachite.
Colours and Variations
Blue circles and masses on white and grey matrix. There are sometimes, but not always green patches too.
Streak
Luster
Fracture
Indistinct
Transparency
Opaque.
Crystal habit
Blue masses on white and grey matrix.
Mohs hardness
Around 6 due to Feldspar content, but this can vary.
Specific Gravity
Fluorescence
Easiest testing method
Visual identification.
Common Treatments 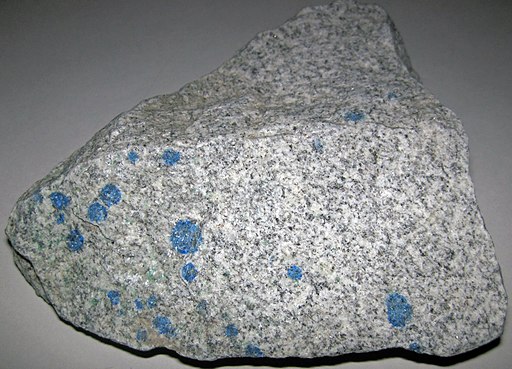 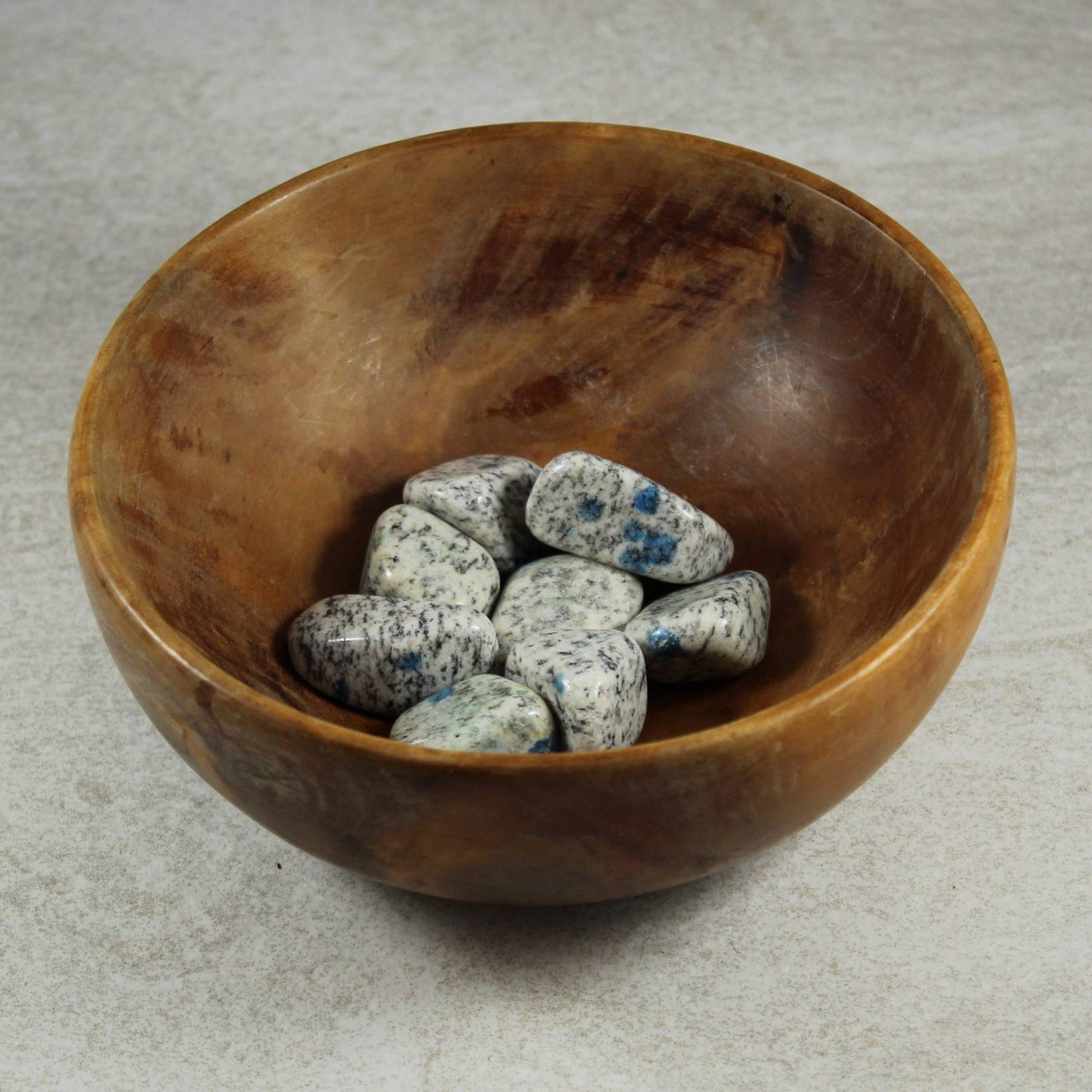 K2 Stone is a trade name aimed at the English speaking market and would not translate well, so we have included translations for “Granite with Azurite”.

Most of these links reference the Mindat thread, which is one of the only sources of good information on this material.