This stone occurs around the world, in a range of countries. It is an aluminium based boro silicate, similar to Kyanite – which is also blue, and also used in the manufacture of ceramics.

It was named after Eugene Dumortier, a 19th century French palaentologist.

It has been sold by less scrupulous sellers as Sodalite or Lapis Lazuli – and it is understandable how the untrained eye could be mistaken, when the stone is polished. Even the larger crystal structures of the stone could be mistaken if the colour is right.

Dark blue pieces are the most common – usually with patches of other colours, light blue or grey being the second most common.

It is a hard mineral and can be cut for jewellery – although limited knowledge of the stone and the rarity of high quality pieces mean cabochons etc can be quite hard to find, with faceted stones being even rarer. 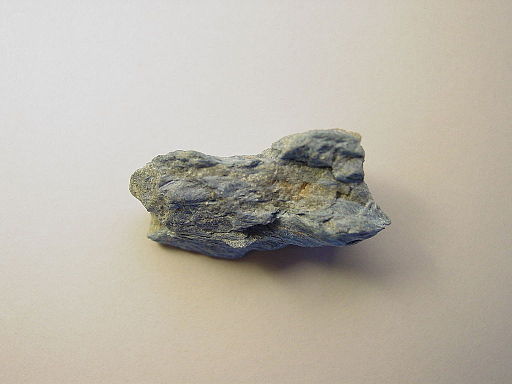 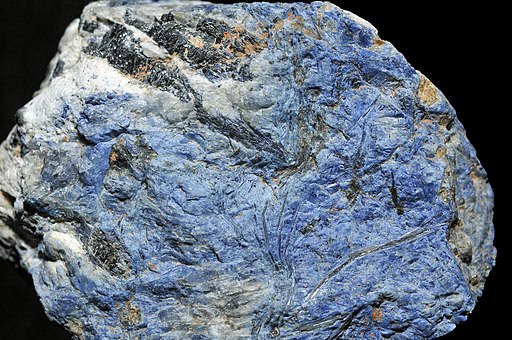 Dumortierite contains aluminium and is listed online as toxic relatively often. However, aluminium cookware exists – I suspect you’d have to eat powdered Dumortierite for it to be an issue.