Celestite is a blue mineral,  often crystalline. It is also referred to as Celestine.

It is used as an ore for the element Strontium, used in the production of fireworks and pyrotechnics, as well as various alloys of other metals.

There is a cave in Ohio that has become somewhat of a tourist attraction due to its Celestite crystals; the cave measures 10 metres deep and contains crystals up to 1 meter wide!

Chemistry
Strontium Sulfate, sometimes with Barium. SrSO4.
Colours and Variations
Most specimens on the market are blue or pale blue, but colourless, white, grey, yellow, green and orange specimens can be found.
Streak
White
Luster
Vitreous, pearly
Fracture
Uneven
Crystal habit
Prismatic or tabular crystals, or masses of these. Crystal growth can also occur in geodes. Other forms include massive, radiating, grainy and botryoidal.
Mohs hardness
3 – 3.5
Specific Gravity
3.9 – 4.0
Easiest testing method
May be tricky to differentiate from Baryte; the easiest testing method is to burn some dust from the specimen in a well ventilated area. Barite dust will turn a flame green, Celestite dust will turn a flame red.
A specific density test is another good option and non-destructive.
Common Treatments 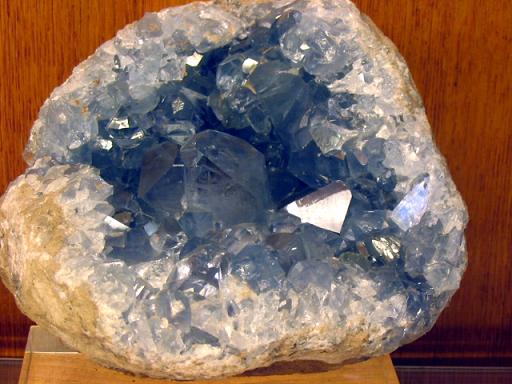 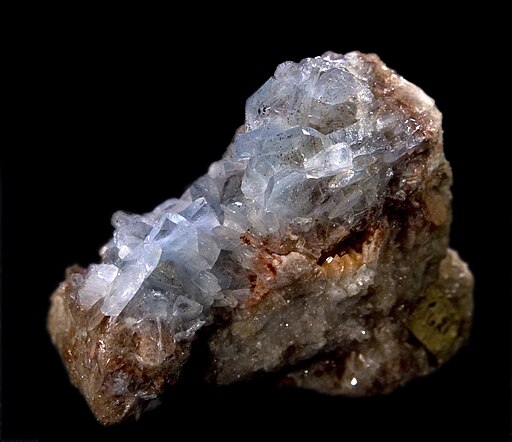 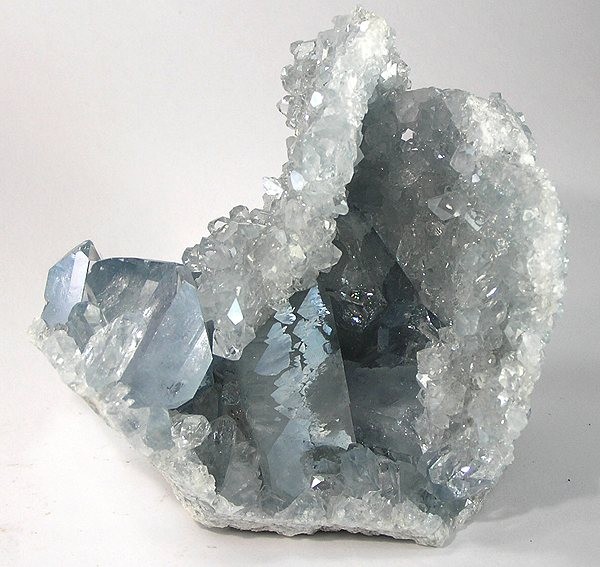 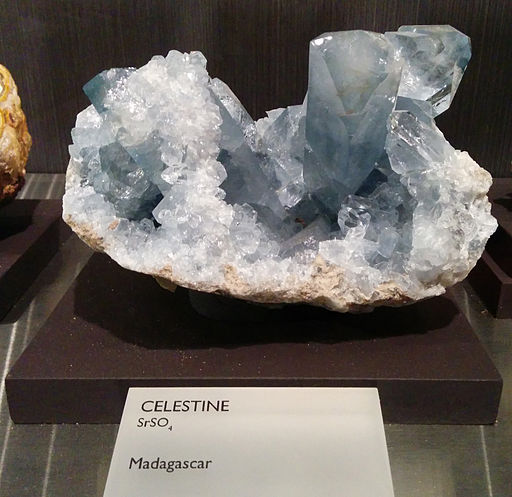 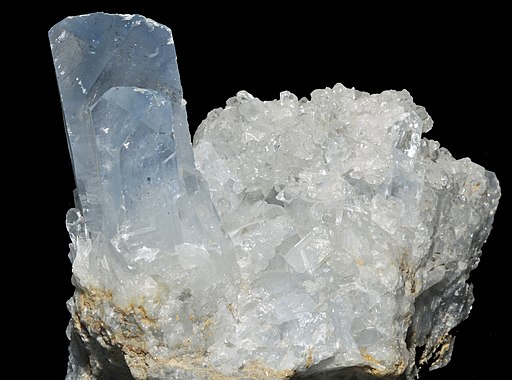 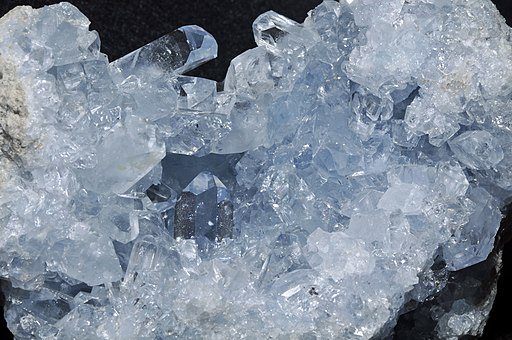 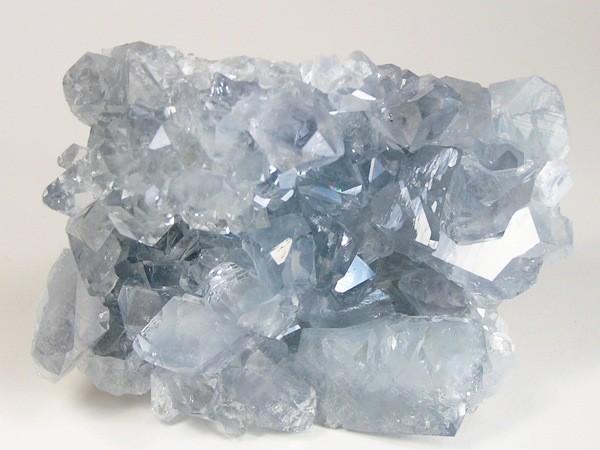 Celestite is comprised of Strontium, which sounds scary – but it isn’t harmful in this form – unless ingested or inhaled.