Angelite is a commonly used trade name for Blue Anhydrite, which is a fairly uncommon mineral that is similar to Gypsum. Anhydrite actually changes to Gypsum in water, which is why this stone is relatively uncommon – this is reversible with a fairly small amount of heat in certain circumstances.

Due to its Calcium content, this stone can be ground up and used as a soil treatment and it is used in construction and building materials like plaster, along with Gypsum. Synthetic Anhydrite is actually a side product of the production of Hydrofluoric Acid, although this is far more likely to be used in construction materials than tumbled!

It is found in a range of places, especially in arid climates, where water has not turned the stone into Gypsum – Mexico produces some excellent specimens with good blue colours.

It is a relatively soft stone and is not often used for jewellery for that reason. It is usually found tumbled, or carved into decorative objects, or cabochons for wirewrapping. In rare cases there may be small pieces with the clarity to be faceted.

Angelite is specifically a term used to refer to decorative blue Anhydrite from Peru. However, sellers online may refer to any blue Anhydrite as Angelite.
Anhydrite occurs around the world, with deposits in Austria, Bulgaria, Canada, Germany, Hungary, Italy, Mexico, Norway, Poland, Portugal, Russia, Spain, the UK, the USA and Vietnam. However, not all of these specimens will be blue Anhydrite. 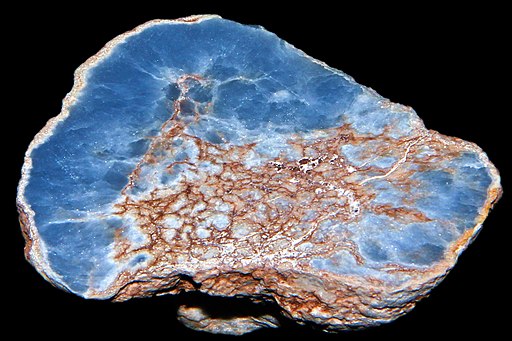 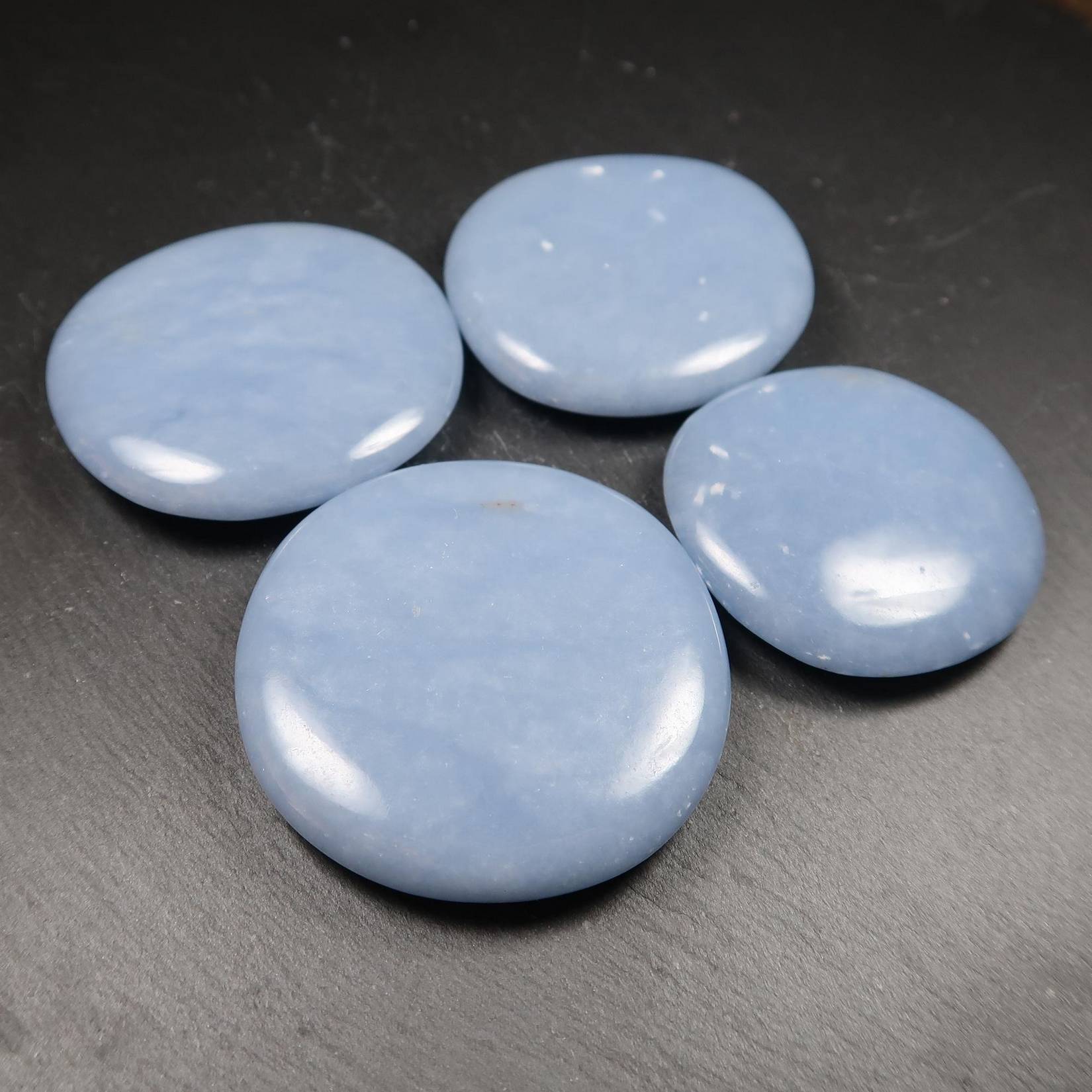 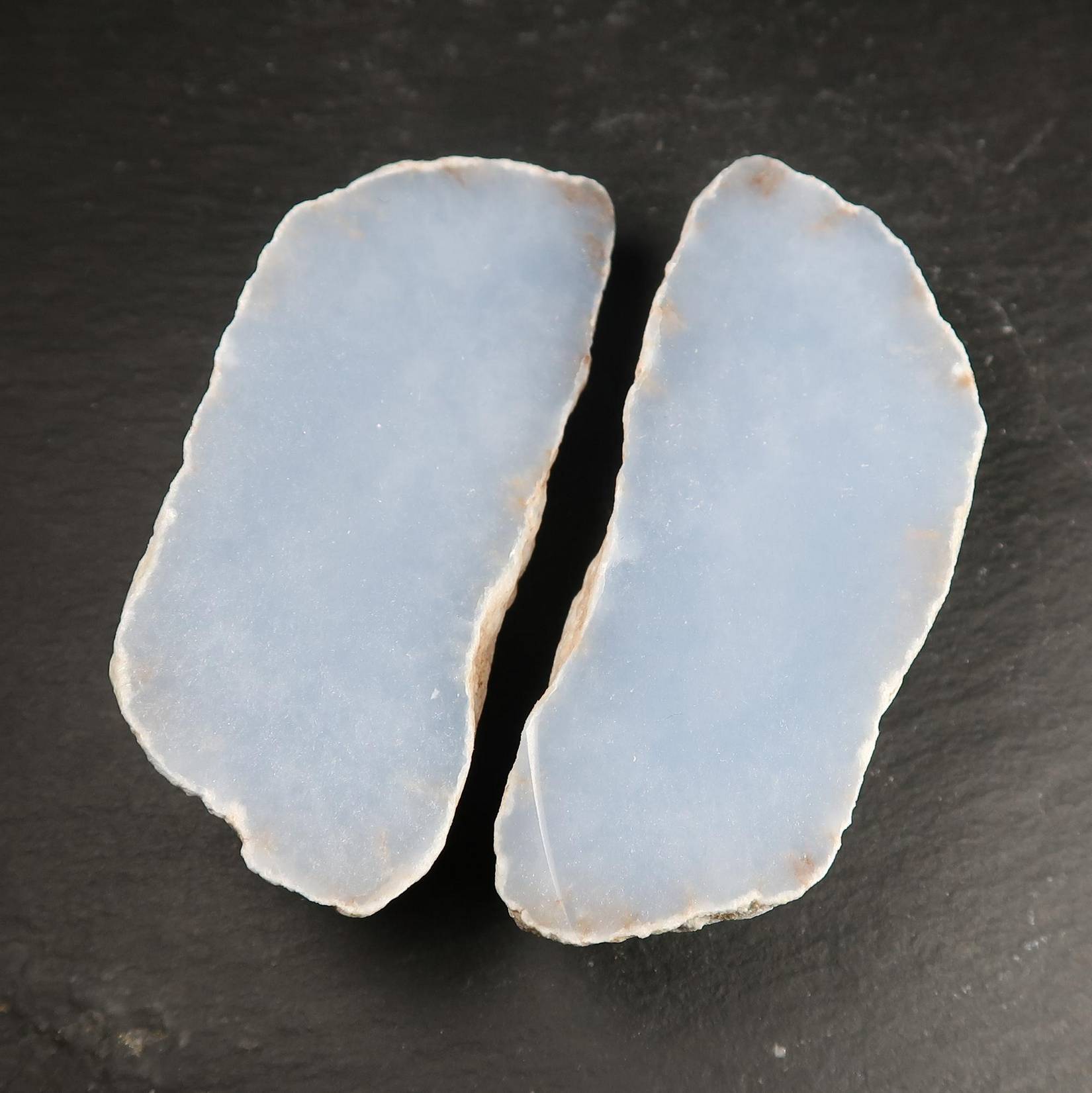 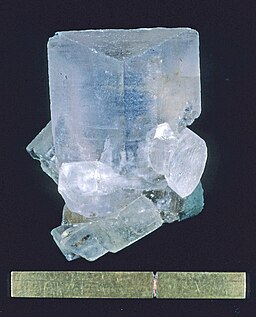 As ‘Angelite’ is a trade name clearly intended for English language use, the mineral name ‘Anhydrite’ has been used for these translations.