This isn’t one I expected to ever write. There are some stones where you can see why they might be faked, but Snowflake Obsidian typically isn’t one of them.

For reference, the cabochons in this article, both real and fake, measure in at 14x10MM. I sell genuine Snowflake Obsidian cabochons of that size for 65p – they are even less when purchased in bulk.

Snowflake Obsidian is inexpensive, it is not especially popular with jewellery makers – it’s honestly quite difficult to see why these fakes exist – but exist they do. 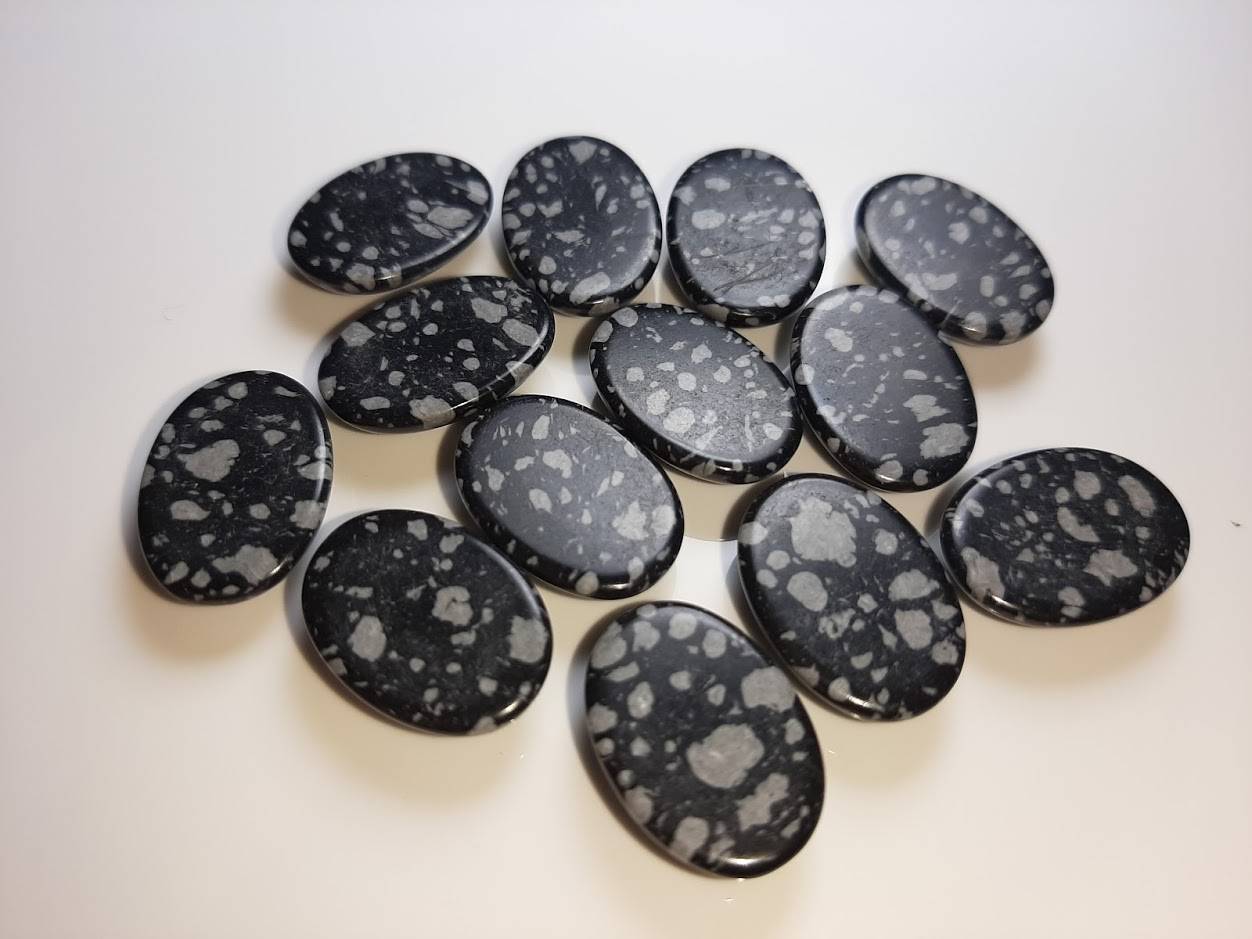 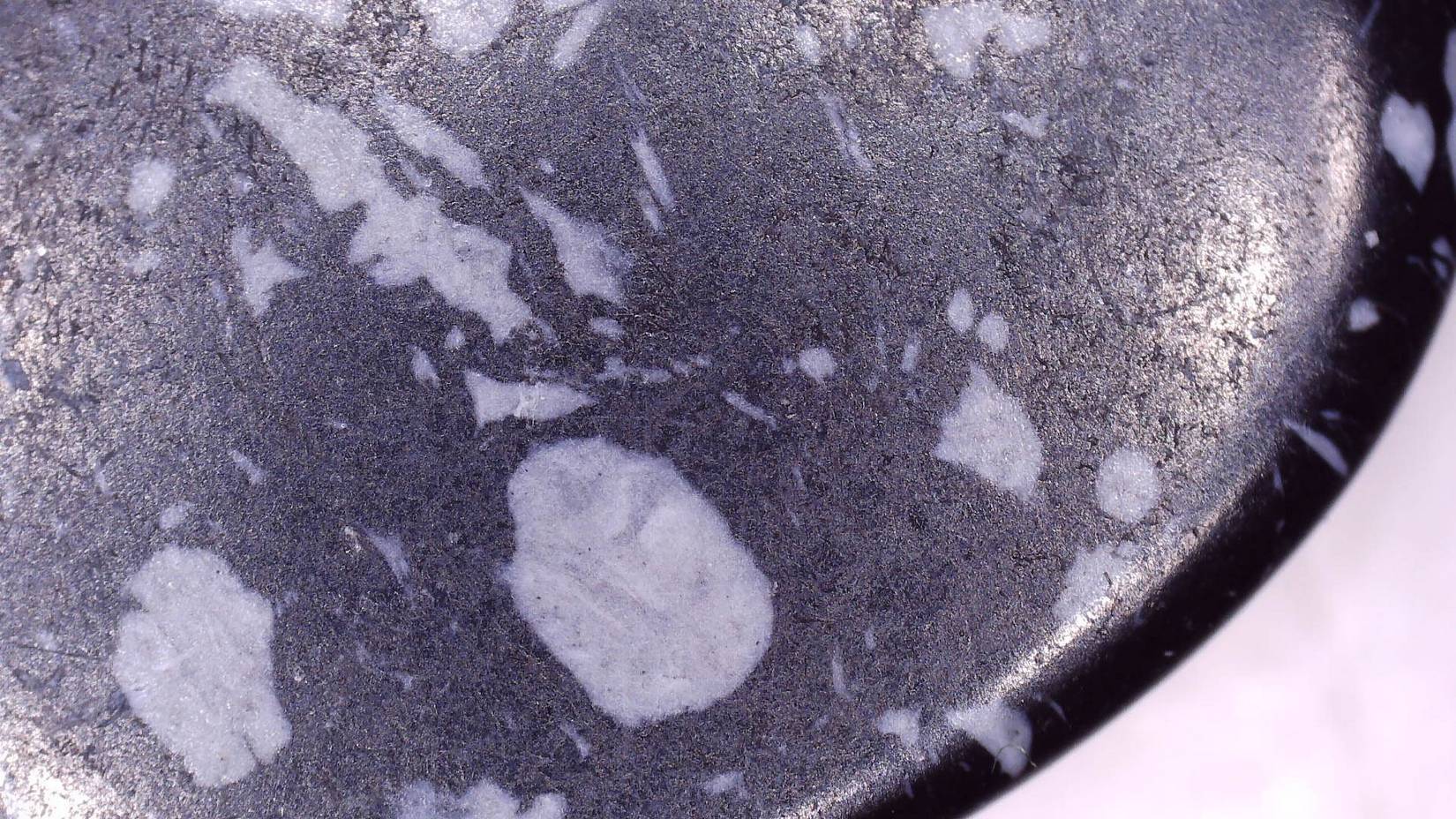 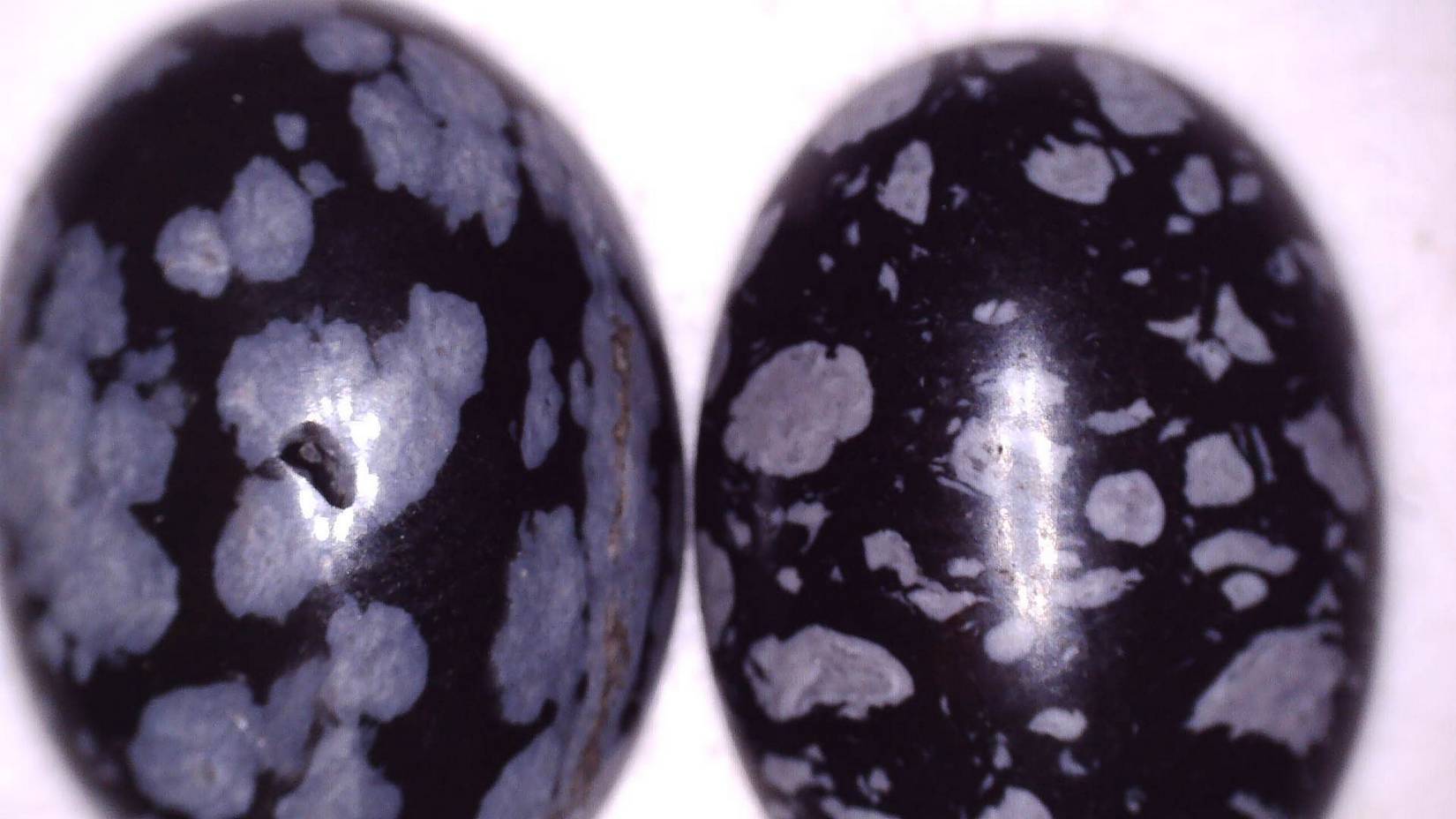 Genuine on left, fake on right 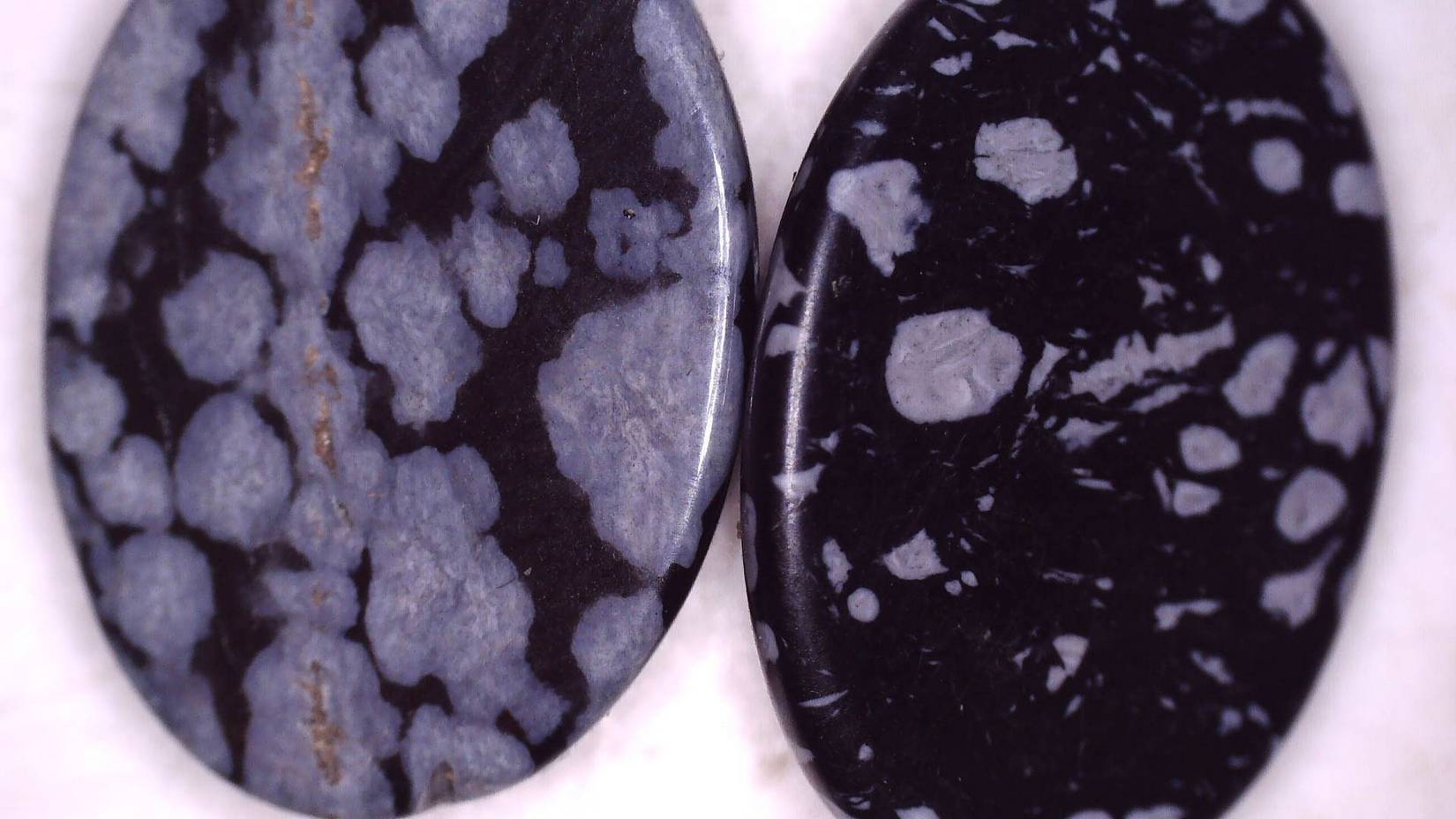 Genuine on left, fake on right

I’m not sure what these cabochons are actually made from. Unfortunately, my attempts at creating a homemade XRF machine led only to a small black hole and a very angry landlord.

They have not been able to replicate the patterns of true Snowflake Obsidian, though. The grey Cristobalite inclusions in volcanic glass are random, splayed marks. The fakes have done a reasonably good job, but there are noticeable differences.

The fake cabochon has a few signs which may lead you to believe it is fake:

However, none of that can be considered a guarantee of a fake piece.

While it may make you suspicious, as mentioned, Cristobalite inclusions are random. I have a piece of black Obsidian with a single, perfectly round dot inclusion, and pieces so included you cannot see any black.

However, a visual inspection of these pieces is generally enough to make them look a bit ‘iffy’. The more experienced reader may have taken a single look at the photos and determined the fake – that’s fine – however, we all started somewhere, and these are not the most obvious fakes I have seen. Even a closeup is not enough to be 100% sure.

There is, fortunately, one very simple test you can do – a Mohs hardness test. The Mohs hardness scale allows us to narrow down the identity of a mineral or substance by comparing it to the hardness of a known mineral.

The fakes can be identified with ease, as they can be simply scratched by Calcite – which is only a 3 on the Mohs scale. The true Obsidian cabochon was scratched by Apatite, which has a hardness of 5 on the scale.

These are not the worst fakes I’ve ever seen, and they are fakes of a material I wouldn’t expect to see faked. Their appearance could easily fool a novice, their weight and feel are quite similar to the genuine article too.

As of the date of writing (24/07/2020), a quick Google search for ‘fake Snowflake Obsidian’ does not yield any results. A worldwide search on a famous online auction site for ‘Snowflake Obsidian’, sorted by lowest price, does come up with multiple pieces of ‘natural Snowflake Obsidian’ from China, which are extremely dubious looking – although the vast majority of pieces look genuine. 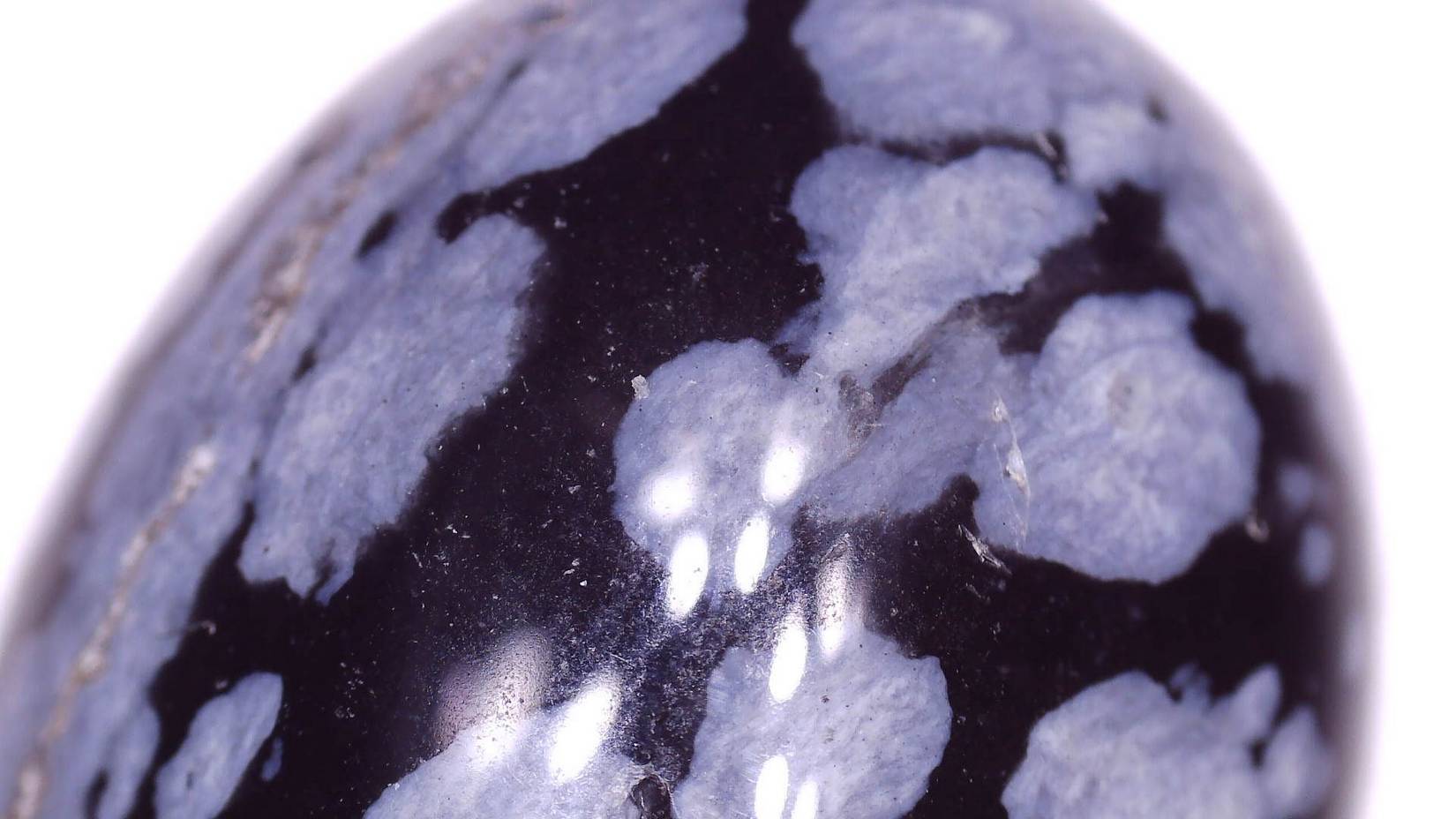 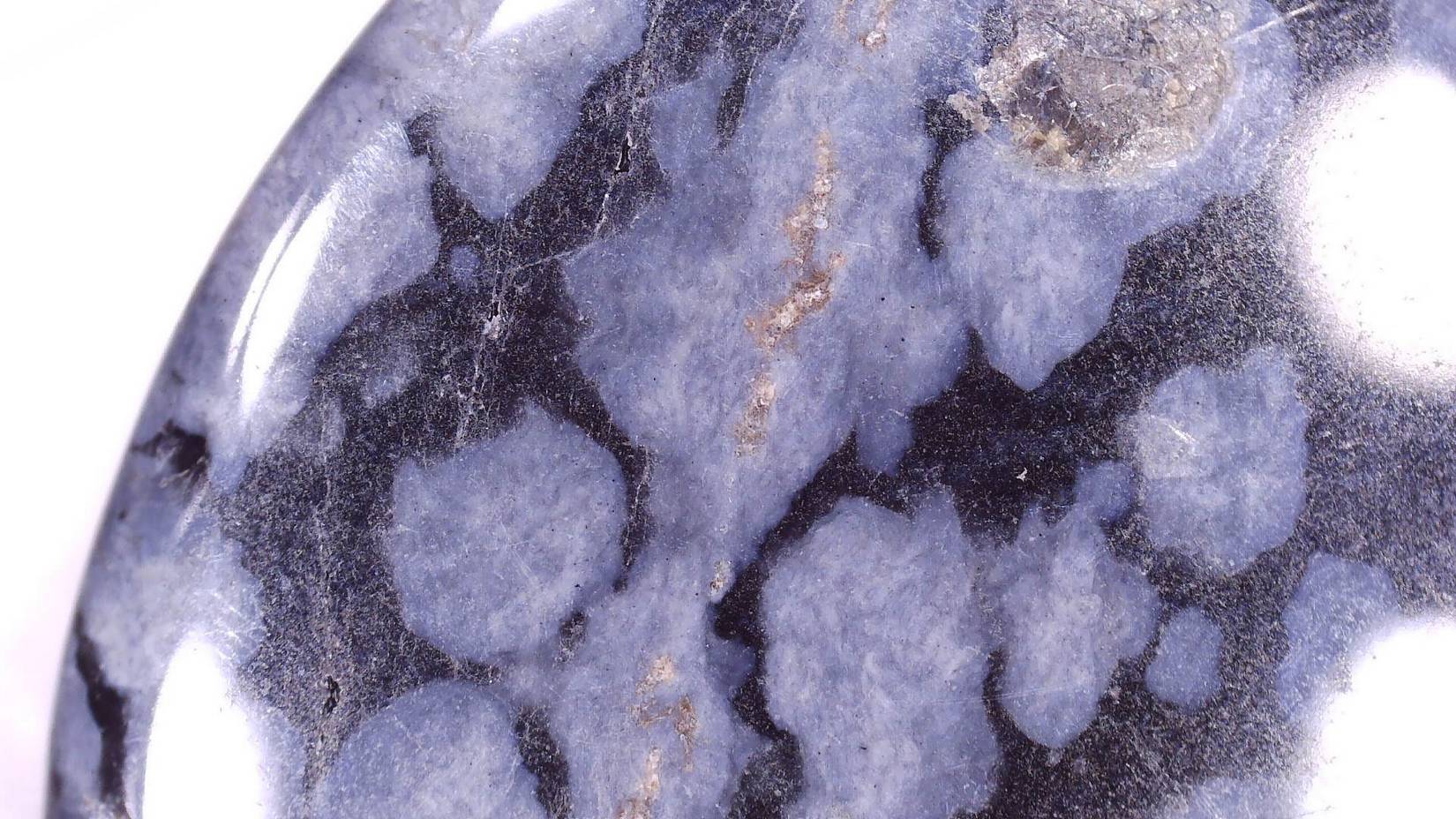 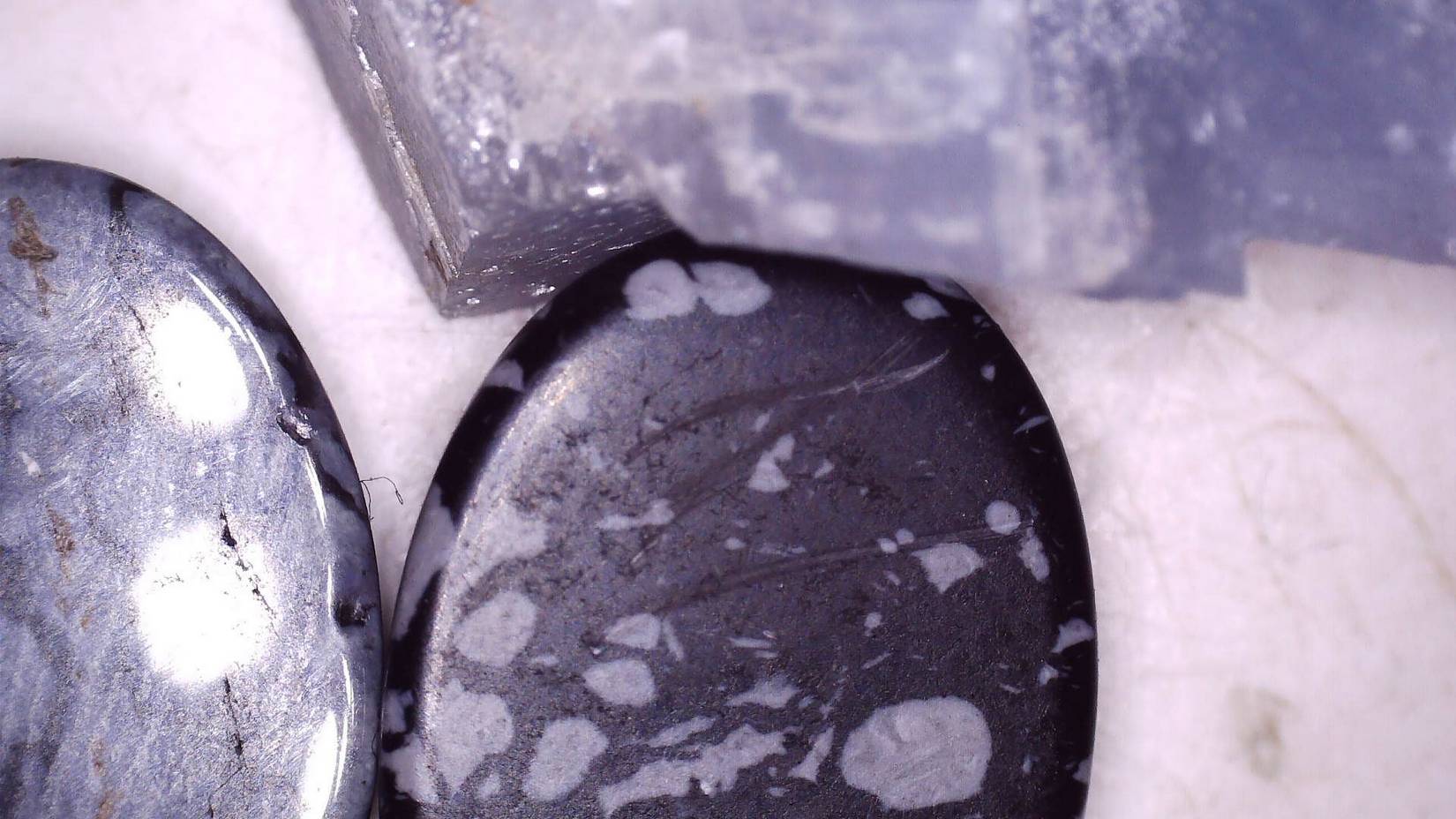 Scratched by Calcite, showing a Mohs hardness of less than 3.