The first thing to learn is that Tremolite is a form of Asbestos.

It was named in 1789, after the Tremola Valley of Switzerland.

Fibrous Tremolite was rarely used commercially as a form of Asbestos – in fact, the most common ‘usage’ is likely to be of Nephrite, a type of Jade which consists mostly of green Tremolite.

Tremolite is not something that most people will be interested in – however, serious collectors may be very interested. I personally have a collection of the most dangerous minerals I can find, which includes some fibrous Tremolite.

Some high quality transparent pieces of green Tremolite are faceted, although these are typically intended as collectors stones rather than pieces specifically used for jewellery making.

Tremolite occurs in a huge amount of locations around the world.

Some interesting or crystalline specimens are found in Afghanistan, Canada, Finland, Madagascar, Morocco, Tanzania, and the USA. 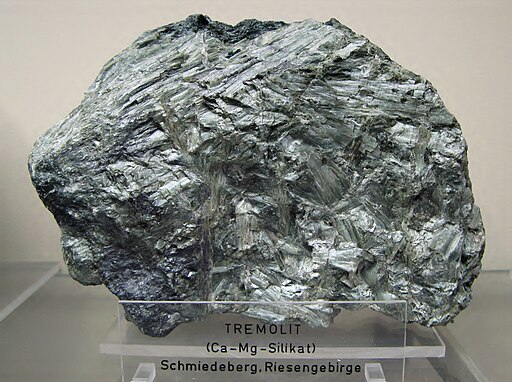 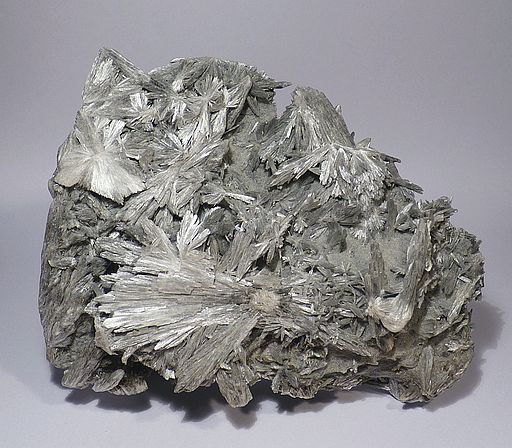 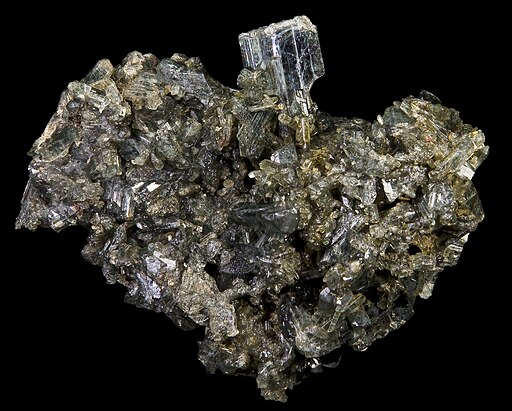 Tremolite is one of the six recognised types of Asbestos. When fibrous, the material is toxic and inhaling the fibers can lead to a series of serious health concerns including asbestosis and mesothelioma. Symptoms of some of these conditions may take 20 years to surface, and as such, some collectors avoid collecting asbestos minerals entirely.

Tremolite should never be fractured, cut, or polished without special protection. Hands should be washed after handling any Tremolite specimens, and ideally, specimens should be kept in clear, sealed boxes.

Non fibrous Tremolite is not considered to be asbestiform; these compacted masses and prismatic crystalline forms are safer, although they are not without risk.

Nephrite is a non asbestiform type of Tremolite, but a British Medical Journal link below explains that there is an increase in lung cancer cases amongst former Jade carvers.