Halite is a large crystalline form of Sodium Chloride, more commonly known as salt. A rock comprised mostly of Halite is known as ‘rock salt’.

One of the most common uses for salt is, simply, in food – it is a preservative and a flavour enhancer. It is also used for agriculture and in various types of industry.

Historically, Salt has been used as a form of currency in various societies. It was also used in warfare to “salt the Earth”, the deliberate sowing of salt to make the enemies ground barren and inhospitable.

It has been used recently for carving; particularly the pink halite known as ‘Himalayan rock salt’, which has been very popular for salt lamps and tea light holders.

Halite typically occurs as an evaporite deposit around dry lakes and salt beds.

There are considerable deposits in Canada, Pakistan, the UK, and the USA, as well as some interesting specimens from various other countries. 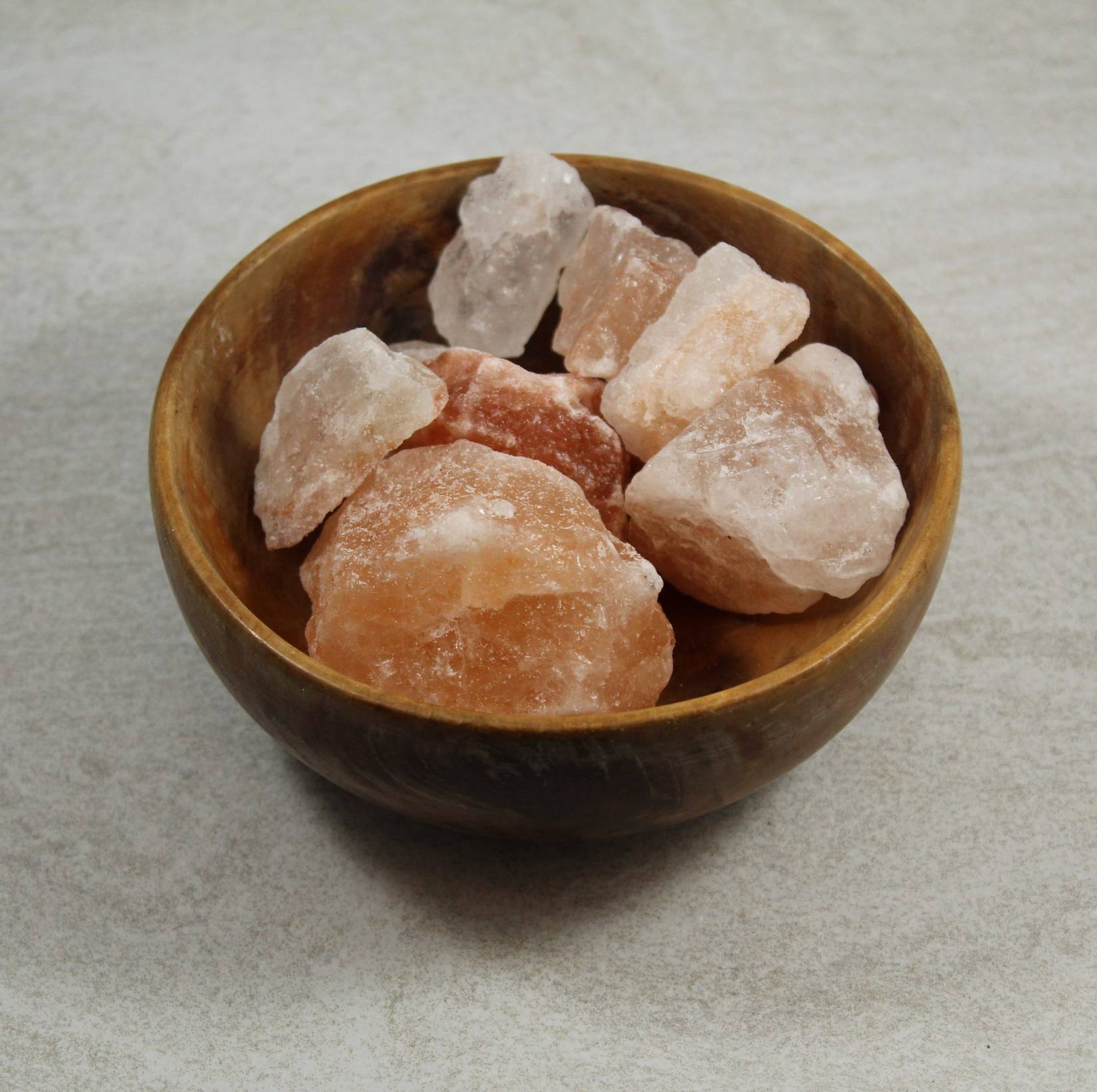 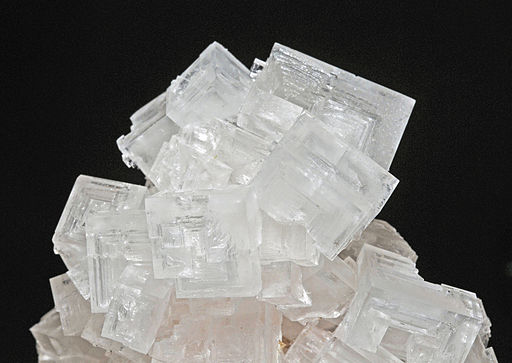 This material has multiple names; the two most important (and accurate) are ‘rock salt’ and ‘halite’.