The first thing to point out, really, should be to avoid confusing Rhodonite and Rhodochrosite. They are both Manganese based, pink minerals, and occasionally do look similar.

Rhodonite was once used as an ore of Manganese, but nowadays its only real use is as a lapidary material, or for mineral specimens.

In rare cases, it is faceted for jewellery usage.

Rhodonite is a pink mineral, but often associated with black Manganese oxides which fill fractures, or as matrix. This means some pieces of Rhodonite will purely be pink, and some will be a mixture of pink and black.

The pink and black specimens are sometimes referred to as ‘bustamite’.
In addition, there are also some almost red crystalline forms. 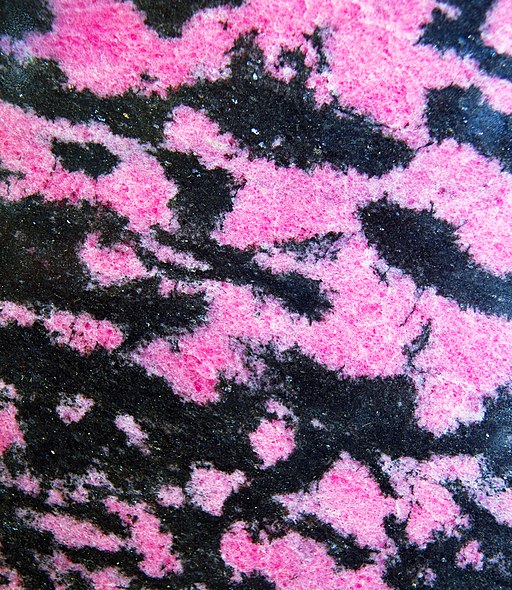 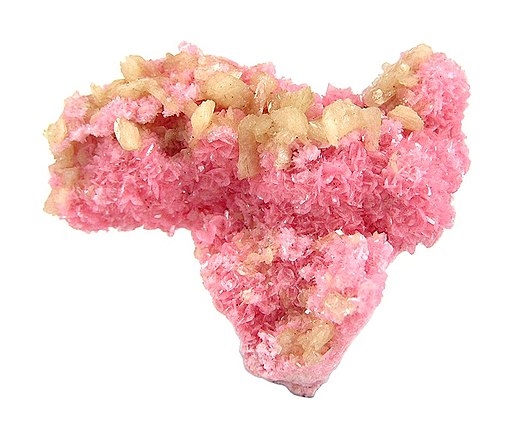 Rhodonite contains Manganese, which is toxic, but the mineral itself should be considered low risk.