Before we even start talking about Pearls, there are several very important distinctions that need to be made. The value of Pearls varies massively due to these factors, and they need to be understood before purchasing or further research.

Pearls are formed when an irritant (such as food, sand, or grit) enters a mollusc or an oyster. As a defence mechanism, the creature begins to cover the irritant with nacre. Layers of nacre build up over time, forming a Pearl.

Natural pearls are formed without any form of human intervention. They are very rare, and very expensive – it is dangerous work getting them from the seabed.

Cultured pearls are pearls which are created under controlled conditions – specifically, someone has inserted an irritant, to attempt to ‘force’ the growth of a Pearl.
It is important to note that cultured pearls are REAL pearls!

The location in which the oyster or mollusc lives affects the final Pearl, too.

Saltwater pearls are created by oysters living in oceans – often around Asia, including Japan, China, Vietnam, Australia, and Indonesia.
Freshwater pearls are grown in mussels, living in rivers and lakes. Most freshwater Pearls come from China.

Freshwater pearls typically have thicker layers of nacre, which means they are less lustrous and not quite as bright and glossy as saltwater pearls.

Saltwater pearls are typically more lustrous and generally occur as round Pearls.

Pearls occur in many shapes, although as a gemstone, the ideal Pearls are considered smooth and as perfectly round as possible. However, there are many people who love ‘baroque’ or irregular Pearls, too.

There are a significant amount of fake and synthetic Pearls.
Cultured Pearls could be considered synthetically produced, but the process occurs in almost exactly the same way. They are not simulants, unlike the glass and plastic pearls that flood the market.

One of the easiest tests for pearls is the ‘teeth test’. Pearls are made up of layers of nacre, which means genuine pearls are slightly rough. When rubbed on the teeth, they feel more gritty than synthetic round pearls.

Glass pearls are a common fake –  a clear glass bead coated with a pearlescent substance. It often rubs or chips off, particularly around the bead hole.

Pearls have been used as a decorative ‘stone’ since antiquity, and show no sign of losing their popularity. However, in some places, ‘pearling’ has been banned due to the endangered status of certain mussels.

Pearls can be found in a wide range of locations, with some being considered particularly important for gemstone usage.

Gemstone locales include the Arafura Sea off the coast of the NT, Australia, and several islands in Polynesia. There are numerous other locales around Asia where Pearls are cultured.

Chemistry
Comprised of Calcium Carbonate, CaCO3.
Colours and Variations
White, pink, silver, cream, gold, green, blue, black – various hues.
There are also a significant amount of dyed colours of Pearls.
Streak
White
Luster
Pearly, dull
Fracture
Uneven
Crystal habit
Microcrystalline Calcium deposited in layers.
Mohs hardness
2.5 – 4.5
Specific Gravity
2.60 – 2.85
Easiest testing method
To determine the easiest testing method, you need to consider what you are testing – do you want to know if a Pearl is synthetic, OR whether it is saltwater or freshwater, cultured, or natural? Read our ‘varieties’ section for more information.
Common Treatments
Pearls are often dyed or bleached, to produce different colours. 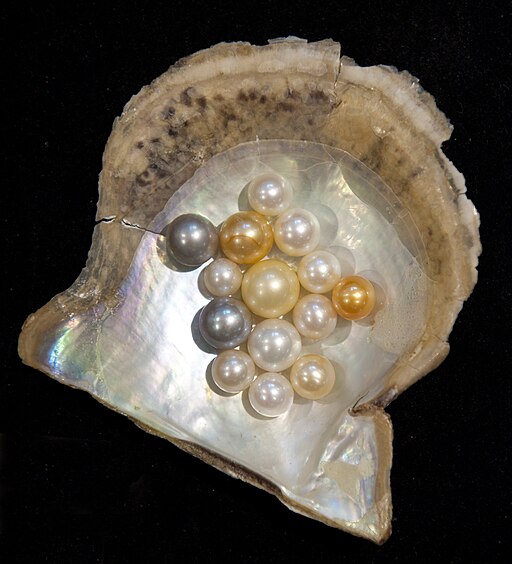 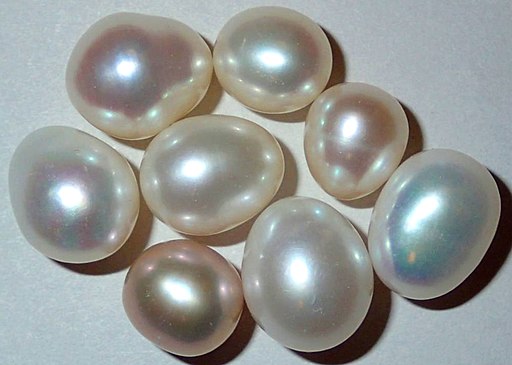 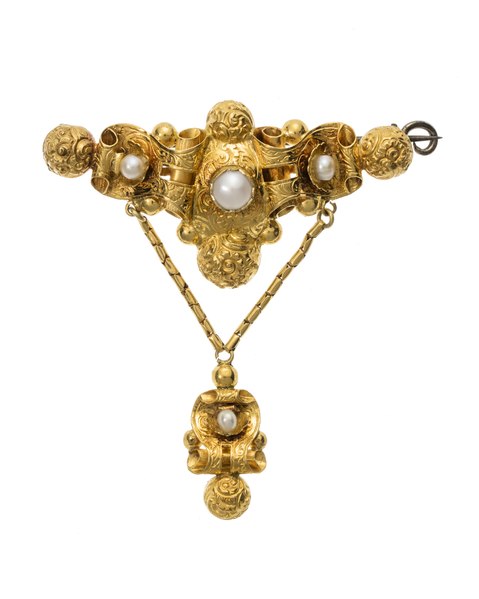 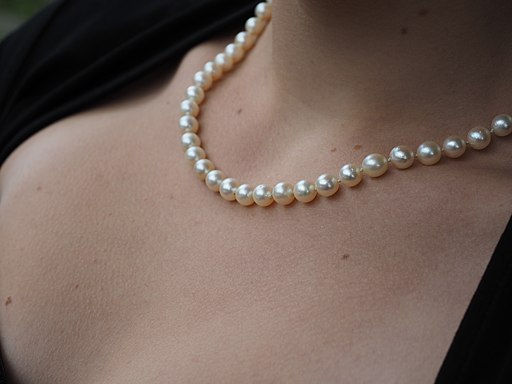