Fuchsite is a green mineral – a chromium rich variant of Muscovite.

Fuchsite typically appears as tiny granural pieces scattered through the stone, but sometimes rocks made almost entirely of Fuchsite are found – these are sold as Verdite.

Both of these minerals are used for decorative purposes – Verdite and Fuchsite are both often carved. In some cases, they are cut en cabochon for jewellery usage.

Corundum can occur in Fuchsite, which then becomes known as ‘Ruby in Fuchsite’, another popular material for jewellery making.

When Quartz has a number of green Fuchsite and Mica inclusions, it is known as ‘Green Aventurine’, as the inclusions cause a sparkling effect across the stones surface. 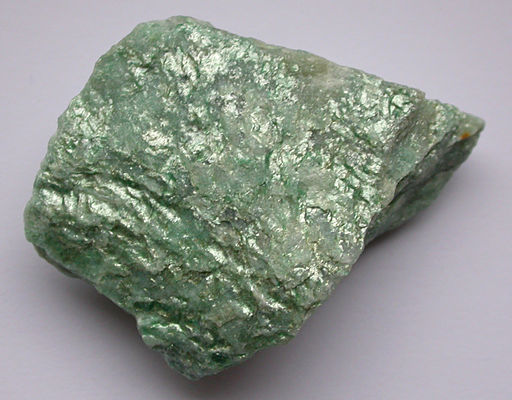 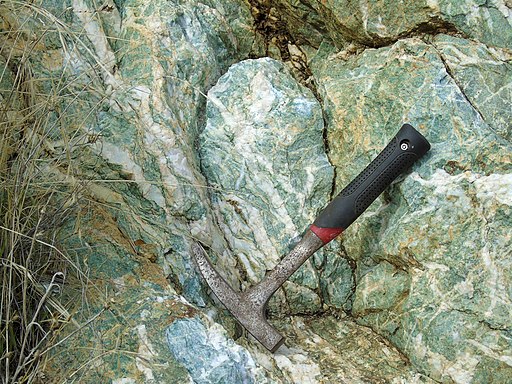 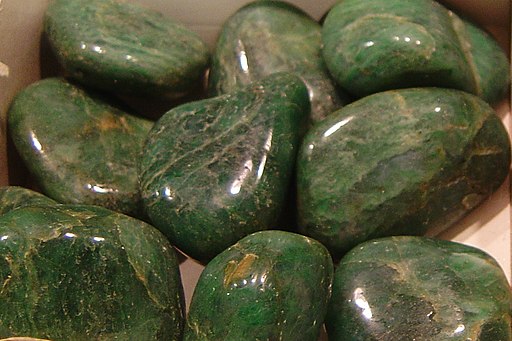 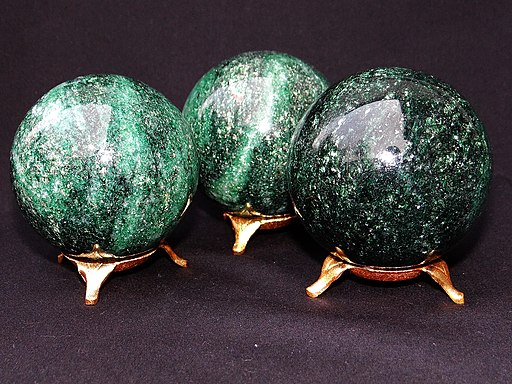