Flint primarily occurs as nodules or masses in chalk or limestone. It is often found along streams, rivers, and shorelines.

Flint breaks into very sharp chips, which means it can be used to form sharp edged tools. Flint knives, scrapers, axes, and arrowheads are all ‘common’ finds; Native American arrowheads made of Flint  are found all over the USA.

It has been used to make stone tools around the work for millions of years, and was one of the primarily materials used for tools in the stone age. When struck against steel, Flint produces sparks – it has been used as a firestarter or for ignition of gunpowder.

In the UK, it has long been used as a building material, with many old countryside houses and churches still having walls with Flint cemented into them. This is especially prevalent in areas where no good building stone is available.

My favourite type of flint is found in Poland, where it is called Krzemień pasiasty, or sometimes ‘polish diamond’; it is a fine banded flint that has been mined since the Neolithic, but has been gaining popularity with jewellery makers in the area.

The Neolithic mines at Krzemionki near the city of Ostrowiec Świętokrzyski were mined from 3900 BC and are now considered a UNESCO world heritage site.

Flint is widely found across Europe, including Belgium, France, Germany, Italy, Poland, Portugal, Spain, and the UK.  It is also found in the USA.

Flint nodules, typical of common finds in the UK chalk. 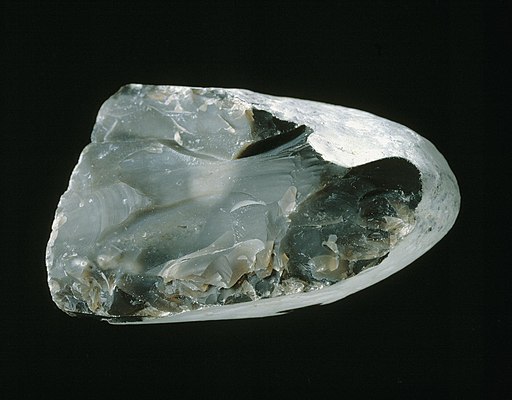 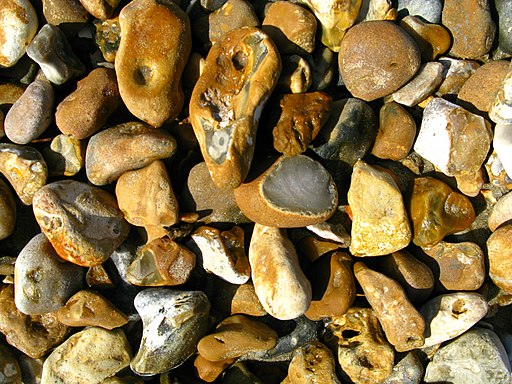