A green, gemstone, a variety of the mineral Beryl.

Most Emeralds have numerous inclusions, fractures, and cracks under the surface. The crystals often form in a hexagonal crystalline form.

Emeralds are pretty much exclusively used for jewellery usage. They are one of the few ‘precious’ gemstones where inclusions, cracks, and treatment may not significantly affect their value – the colour is more important than clarity.

Historically, Emeralds have been mined in Egypt since at least 1500BCE, and later by the Romans, Byzantines, and Islamic conquerors.  The Egyptian mines were largely abandoned with the discovery of the large deposits in Colombia.

The largest producer of Emeralds in the world is Colombia, producing somewhere between 50 and 95% of the worlds supply! The second largest supply comes from Zambia.

Chemistry
A variety of Beryl, Be3Al2(SiO3)6.
Colours and Variations

Trapiche Emeralds: Unusual Emeralds with black inclusions which form a six rayed star, as seen below. Only mined in Colombia!

One of the easiest methods to distinguish a synthetic gem from a genuine one is to look for fractures and flaws in the stone. A real Emerald will definitely have some.

The most reliable testing, however, involves some additional equipment – ideally a dichroscope, and a set of Chelsea and Emerald filters. However, this will require a long and detailed tutorial which is outside the scope of this page.

Common Treatments
Most Emeralds are oiled after cutting, or otherwise treated to fill small fractures under the surface – this is generally with Opticon or cedar oil. 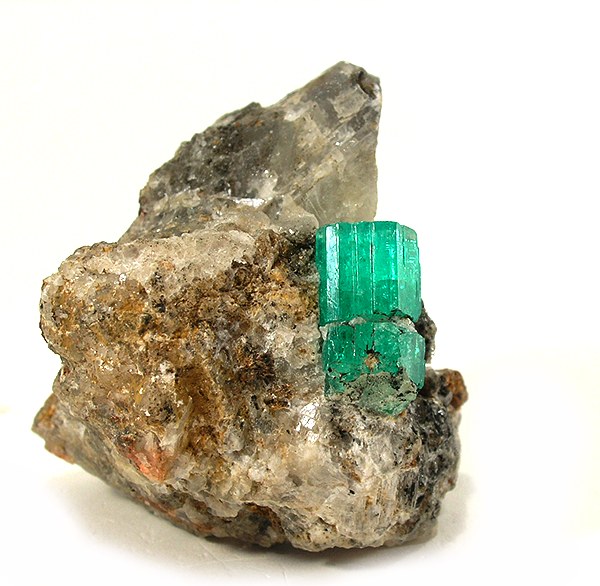 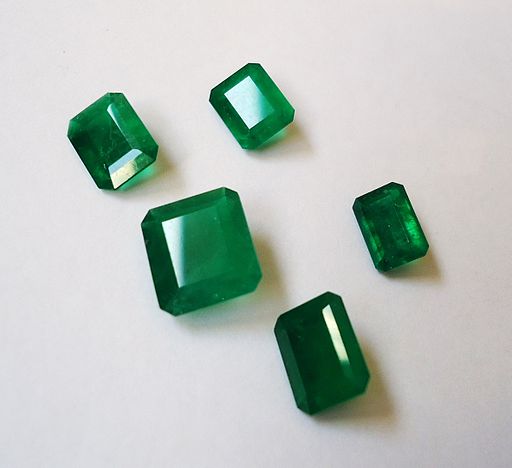 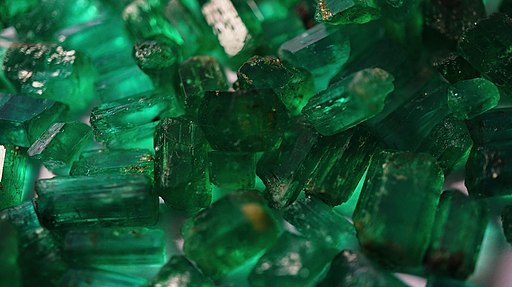 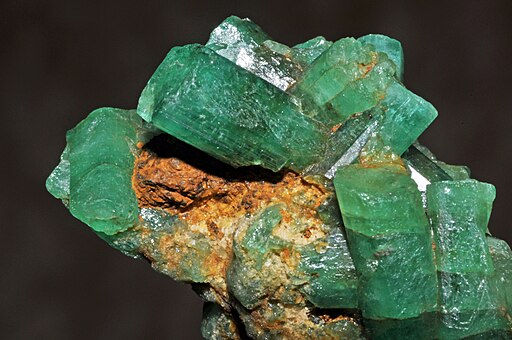 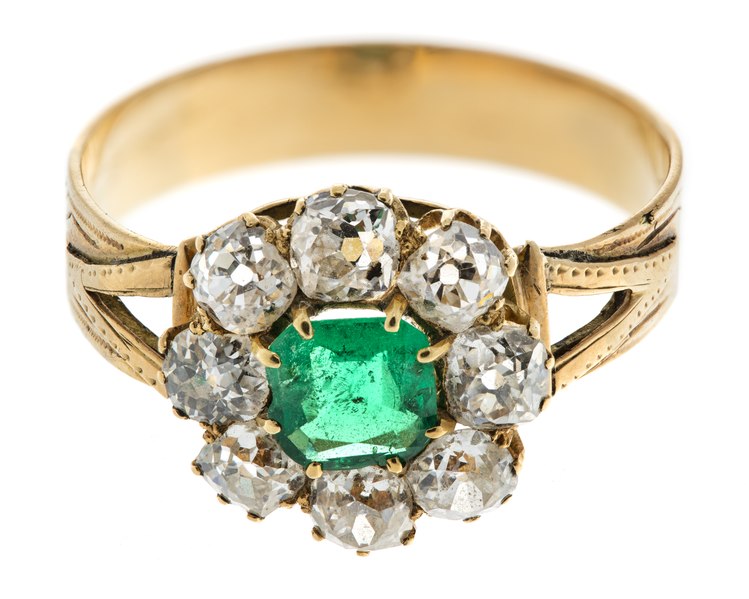