Chalk is an extremely soft sedimentary rock, formed by the layering of Calcite, clay, and silt – largely from the accumulation of tiny Calcite shells and the remains of marine algae. It is an opaque rock, which is fine grained and very porous.

While it is primarily made up of these tiny pieces, it often contains larger fossils including bivalves and belemnites. This is especially obvious in the Hunstanton Red Chalk, which is extremely fossiliferous.

Flint and Chert often occurs in Chalk in seams and fractures, sometimes as replacements for the fossil inclusions.

It is probably best known for one of its past usages – as the material used for drawing on blackboards. The mineral crumbles easily when rubbed against a hard surface, which left a very clear mark. Modern blackboard chalk is no longer made from the mineral Chalk, though.

Chalk does have some other important uses, as it can be used as a source of Quicklime, a widely used chemical. It is also used for its properties as a chemical base. Chalk is alkaline, and can be used for raising pH in soils.

It is also used as a very mild abrasive and cleaning agent and is sometimes used for fine polishing of softer metals. Historically, it was used as a building substance, but this was mostly pre-Victorian.

In England, chalk was often used to carve hill figures, known as geoglyphs. The most famous of these are the Cerne Abbas Giant, and the Uffington White Horse.

The Chalk Group of Europe is one of the best known locales for Chalk, which forms the White Cliffs of Dover, the Cap Blanc Nez, and some amazing cliffs in Jasmund National Park, and Mons Klint.

Chalk does, however, have a worldwide distribution – I just write from a European perspective.

Chemistry
Calcium Carbonate – CaCO3.
Colours and Variations
Usually white or grey, with some red outcrops.
Streak
White
Luster
Dull
Fracture
Earthy or crumbly
Crystal habit
Mohs hardness
1 – 3
Specific Gravity
2.3 – 2.4
Easiest testing method
Chalk is relatively easy to test. A simple hardness test can be performed, as Chalk is very soft. It may be fossiliferous, so check with a loupe. It will also strongly react with dilute acids, which will help to differentiate from Gypsum.
Common Treatments
N/A. 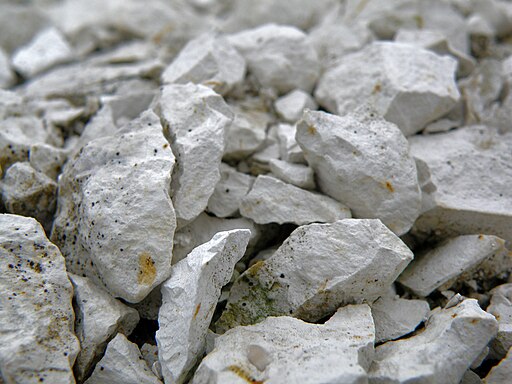 The Cerne Abbas Giant, a large hill figure carved into a hillside.

Production of Quicklime in a traditional kiln. 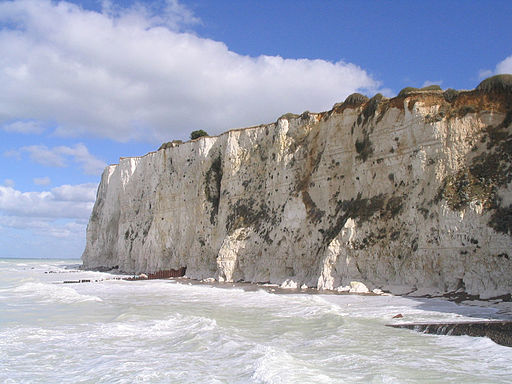 The chalk cliffs of Mers-les-Bains, France. 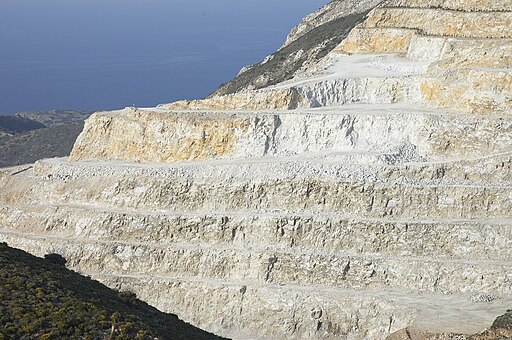 A chalk quarry in Crete. 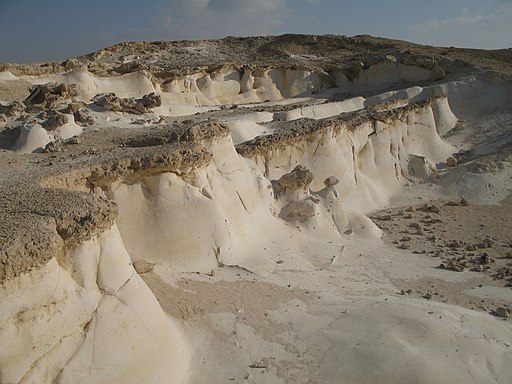