I’m going to preface this post by saying that this does not appear to be common – and that Pyrite does naturally occur with Amethyst.

This post is written as a reminder to look a little closer.

This could be an art piece, a one off. I just don’t know. I saw it online and thought it looked a little iffy, but it was cheap and I actually think its pretty, too. It’s a fairly good quality piece of Amethyst and would probably have sold for more than the £5 I paid for it.

It doesn’t look horribly unrealistic on first glance, although there are a couple of bits you can see are quite iffy with just ‘regular eyesight’. In photo one, you can see a chip has come off the outer shell, middle right. This has Pyrite granules covering it.

While plausible, it is unlikely the base Amethyst would have sustained this damage and then had an additional mineral grow on top. Same with the position of the large granular crystal in the top centre of the piece, next to the fragment. If intact when mined, these Pyrite crystals would have been inside the shell of the geode.

When you look a little closer, it becomes a little more obvious. A UV light or bright light will show another substance between the Pyrite and Amethyst, and while technically possible that it is a mineral, it is pretty obvious that it is glue. When prodded with a metal spike the substance moved and rebounded as cured adhesives tend to.

When magnified, we can quite clearly see an adhesive; in fact, this piece even had a couple of small hairs set into the glue itself. I did give them a quick wipe to check they weren’t my own…

In the photos below, the tan/buff coloured substance is an adhesive fixing the Pyrite to the Amethyst, I’ve tried to indicate it with a spike but under 20x magnification it is a little difficult to coordinate.

Anyway, yeah – not a common fake, and a fairly decent looking one, too. 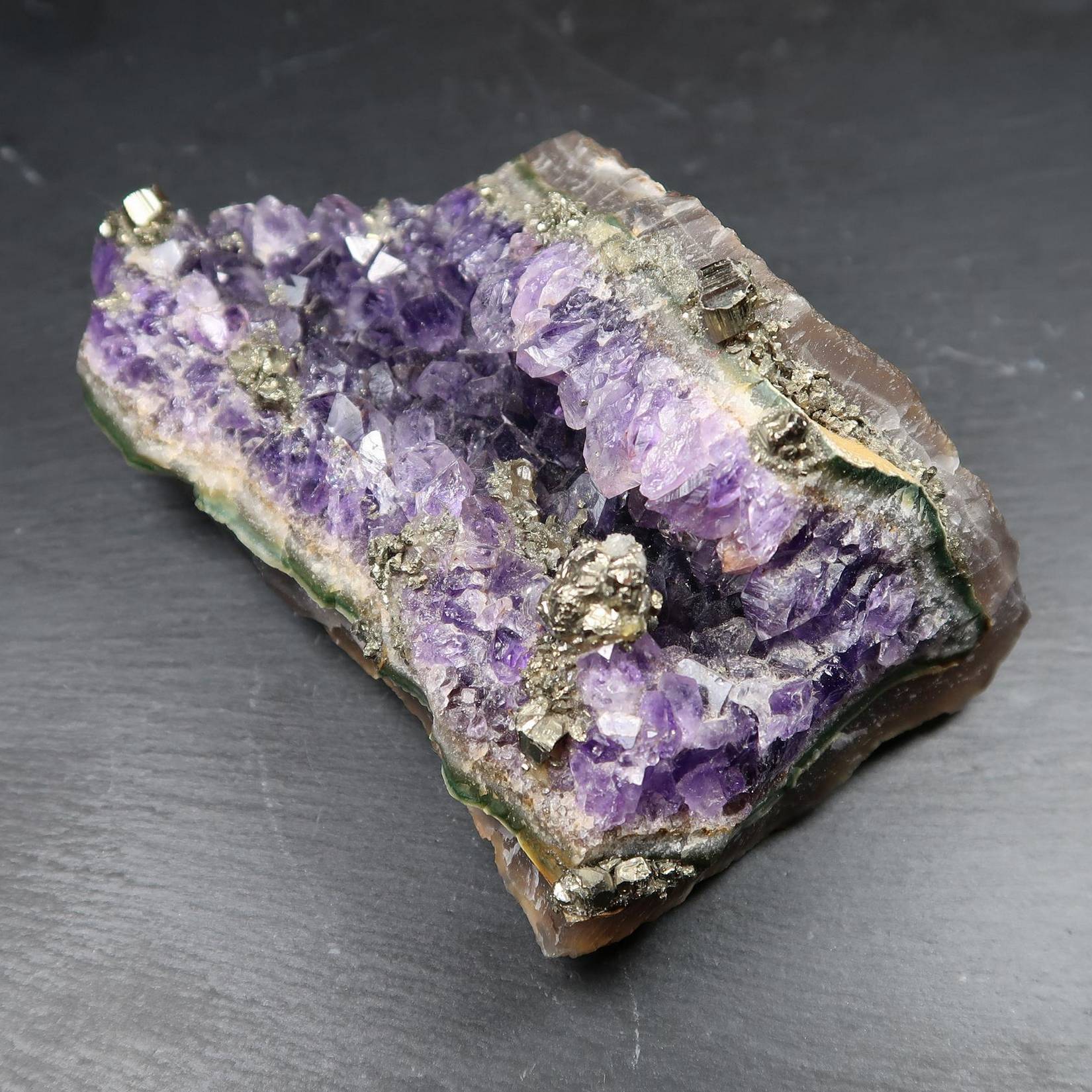 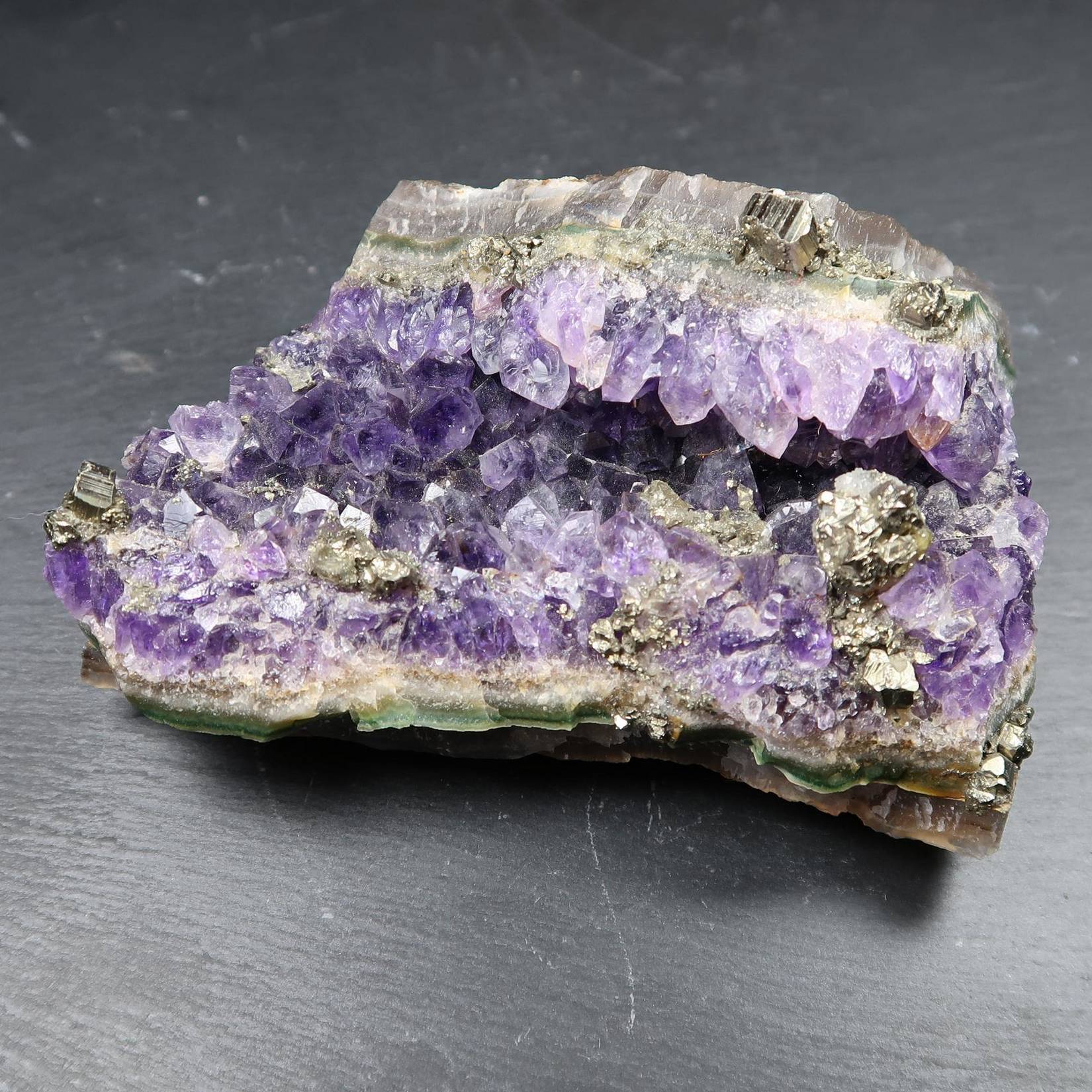 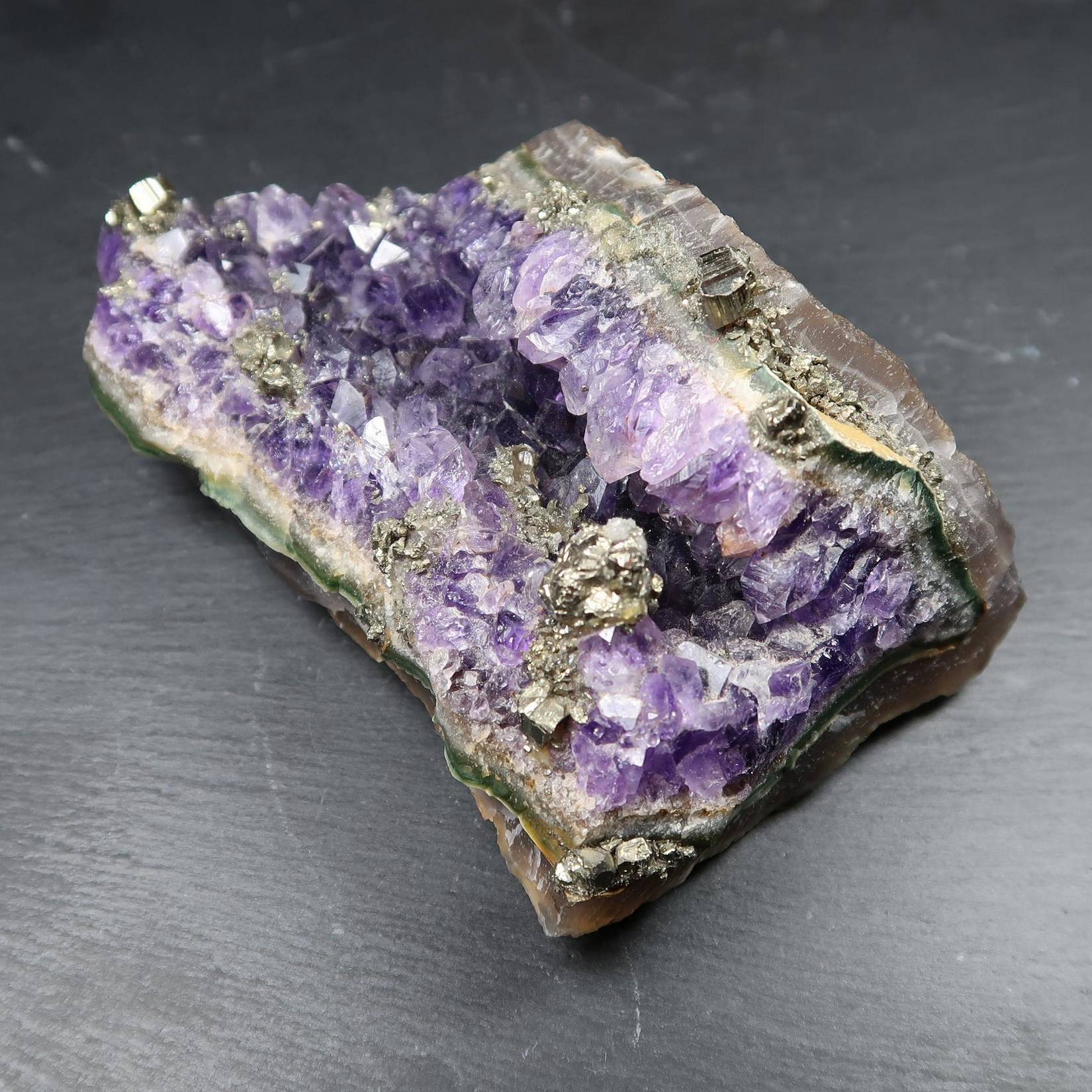 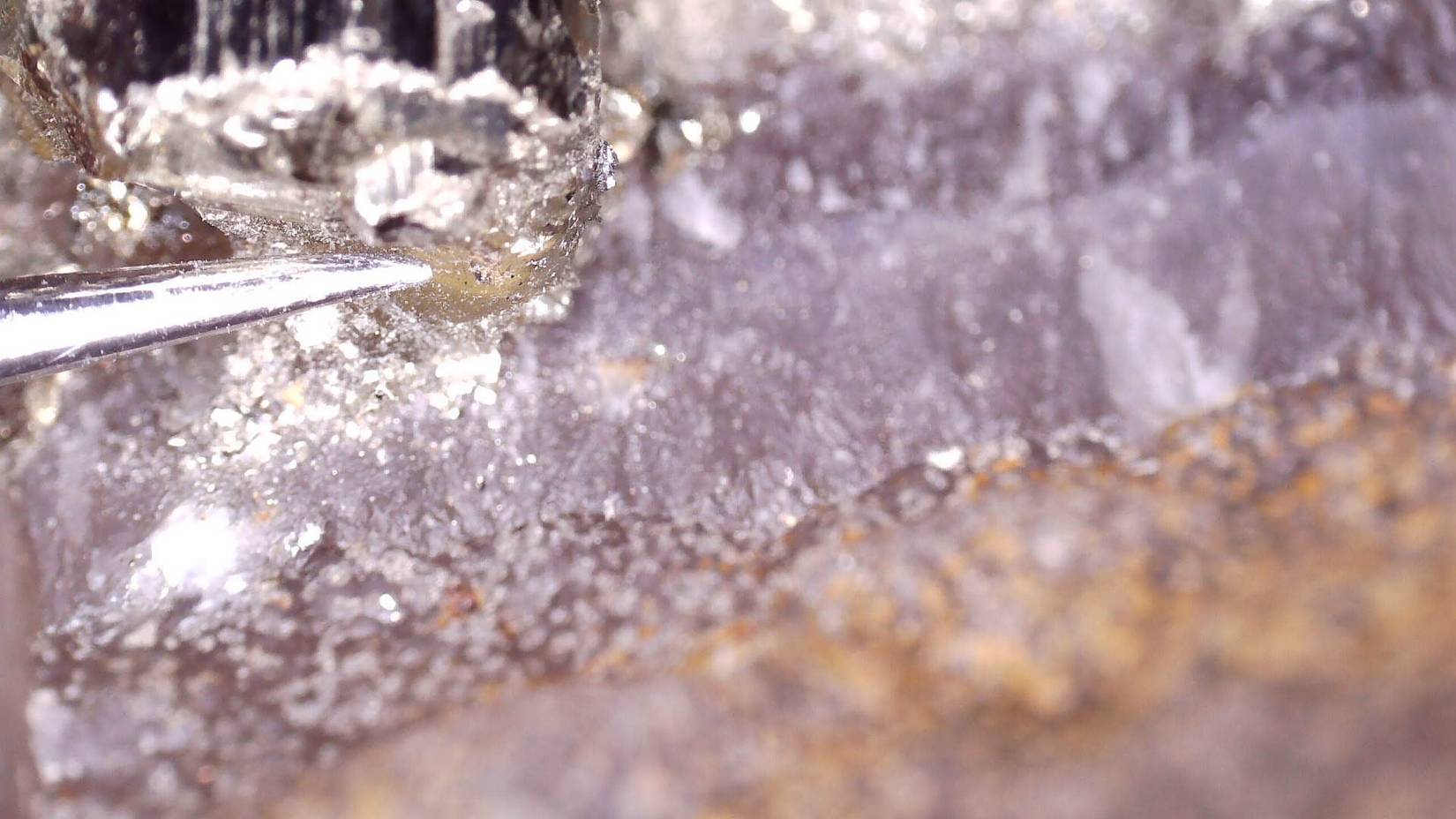 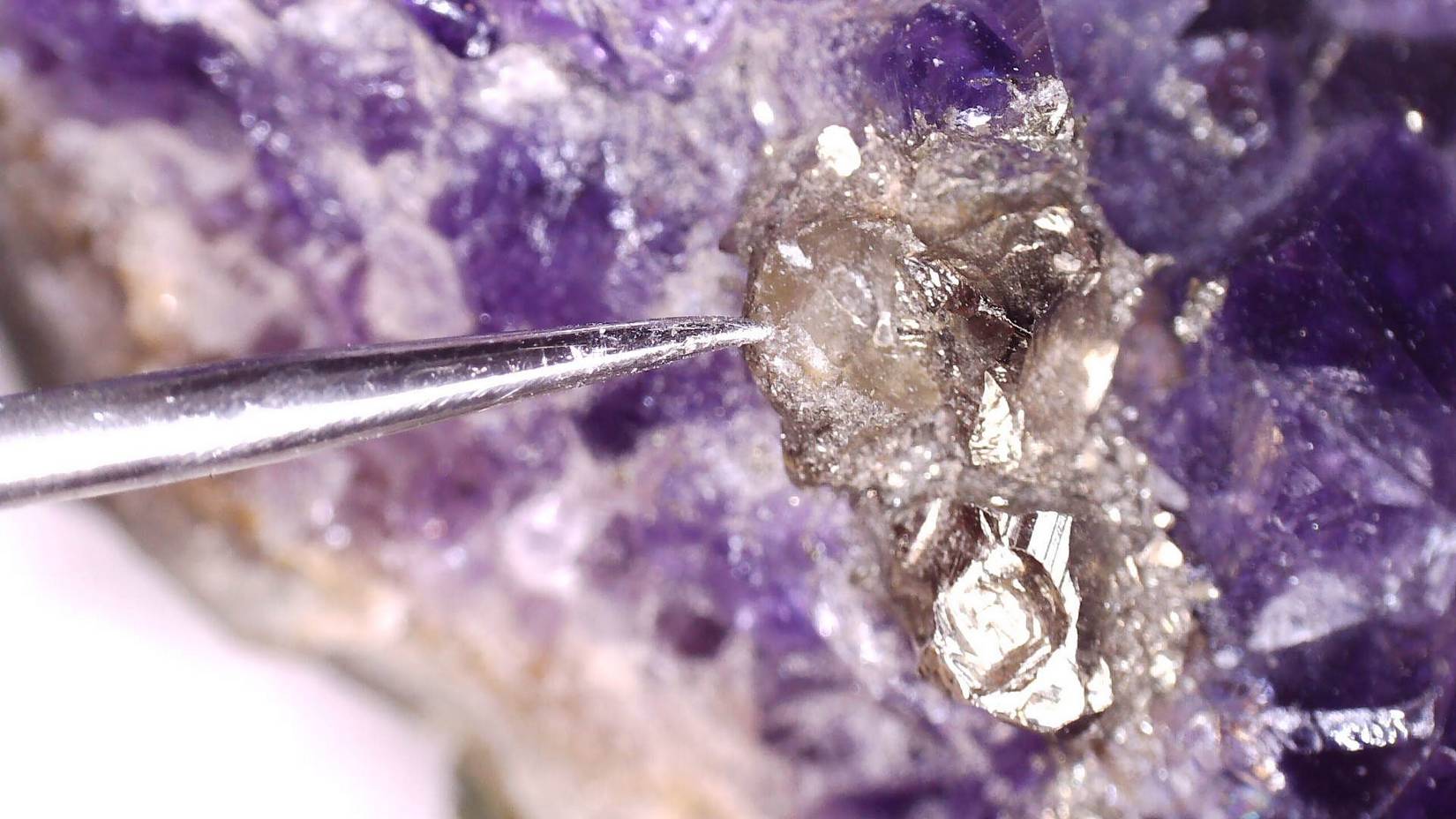 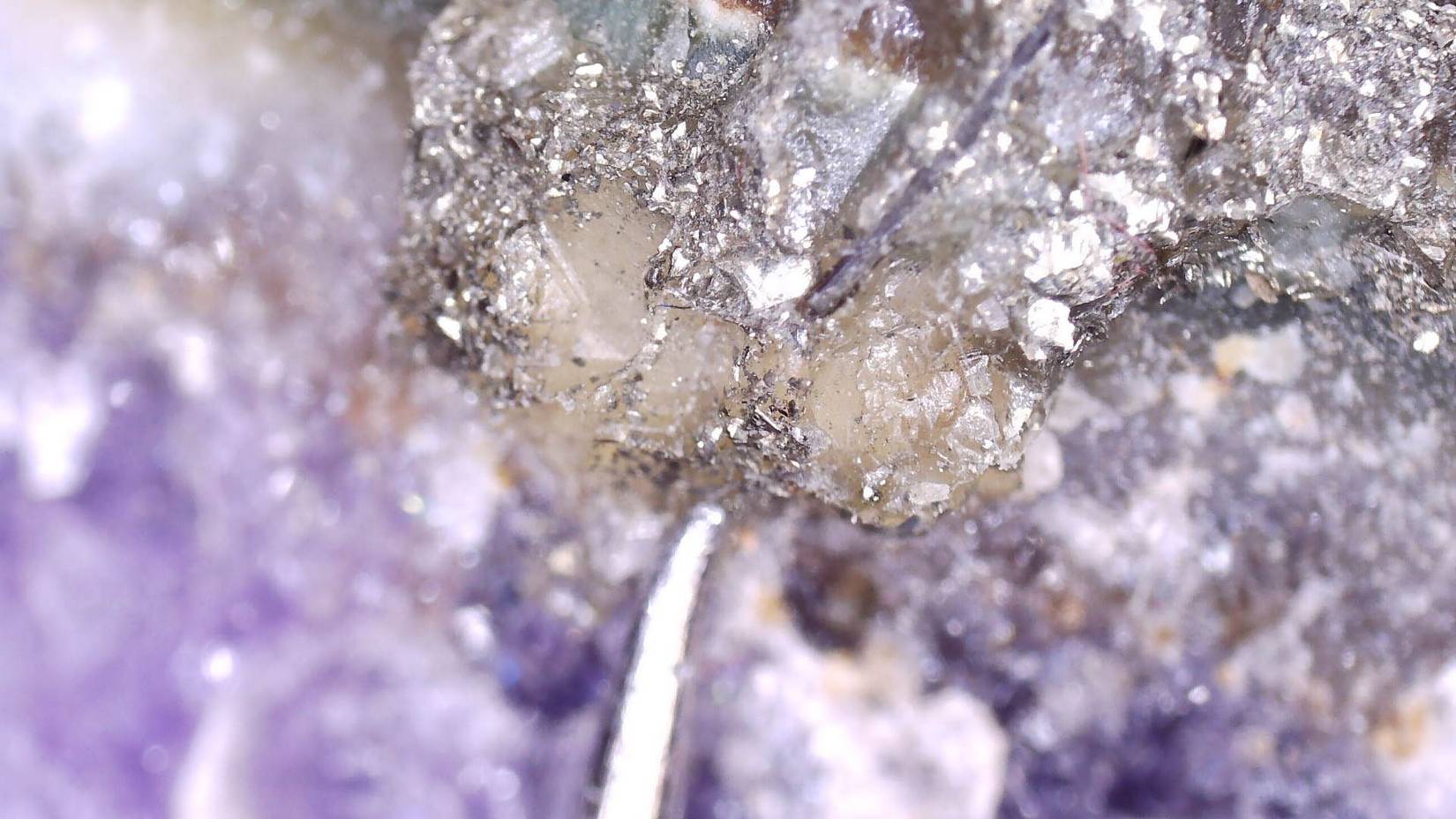 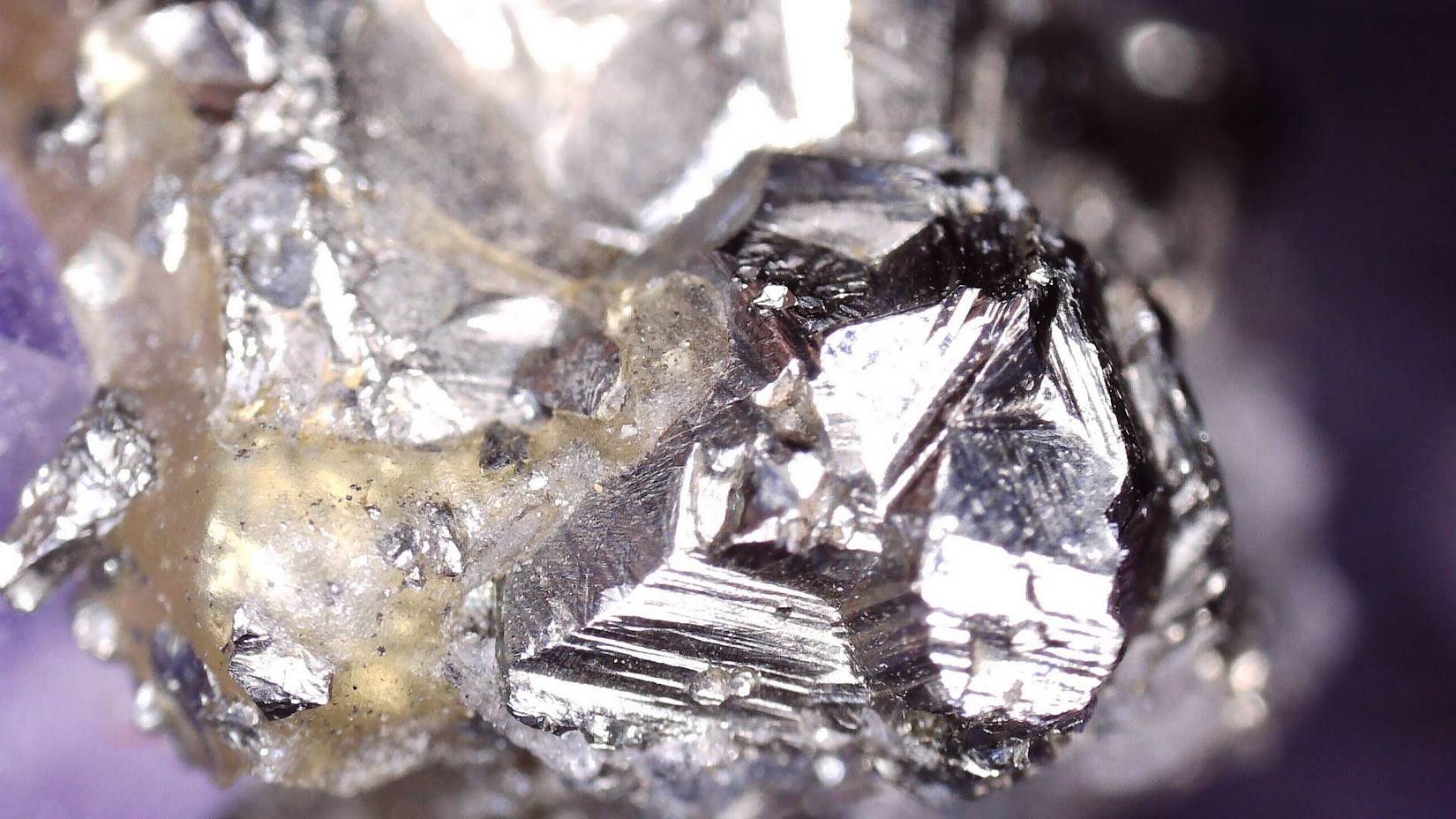 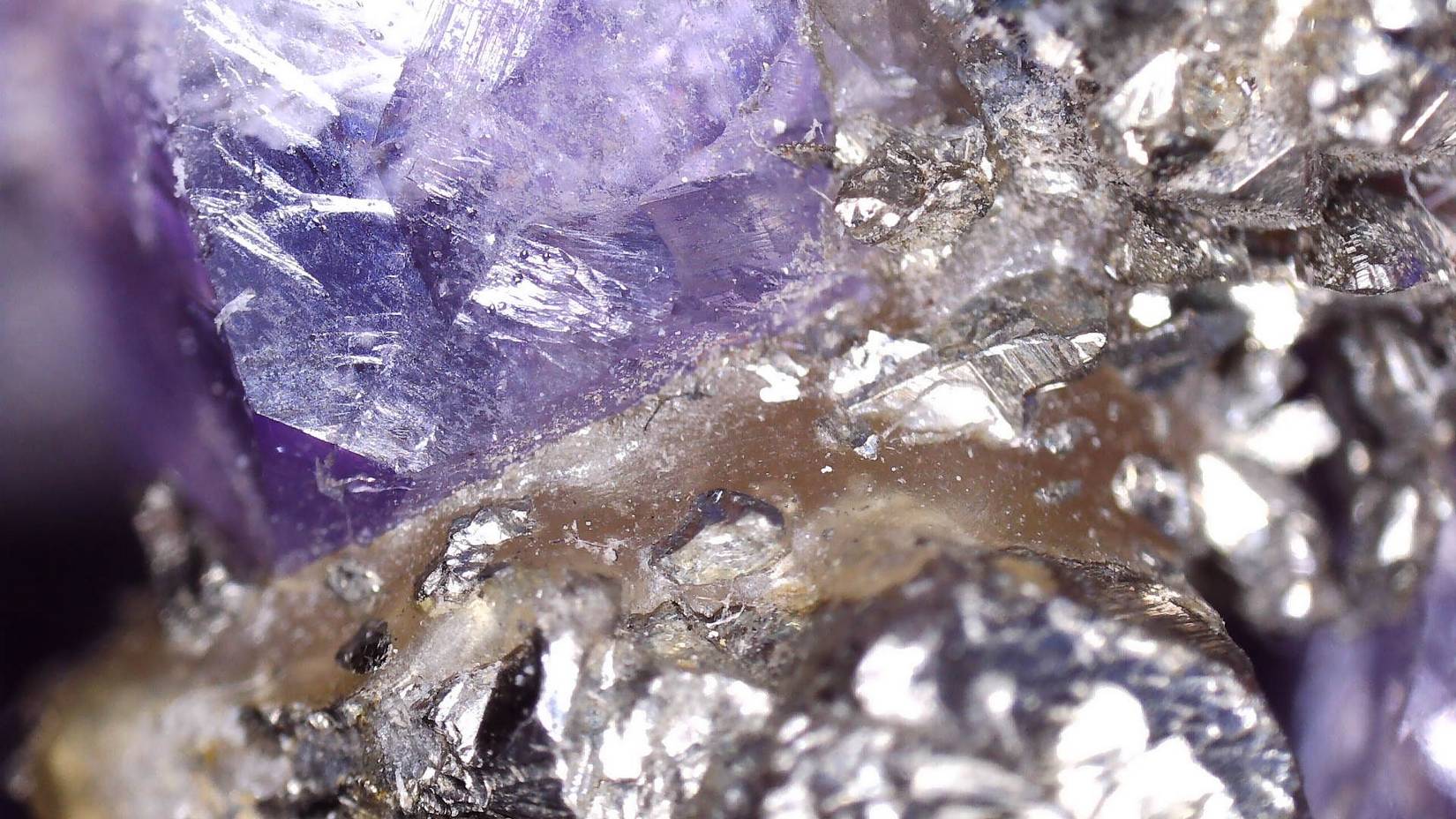