The railway was dug in the 1870s and closed in 1965, leaving only the route of the railroad visible, alongside a bridge. It can be found relatively easily by searching for “Tilton Fossils” on Google maps, although the pull-in can be a little difficult to spot – if you are coming from Tilton on the Hill, it is a small patch of ground just before the railway bridge, on the right.

This site shows exposures of lower Jurassic ironstones, limestones, and shales, and has produced fossils including brachiopods, bivalves, gastropods, belemnites and ammonites.

However, I would give some words of caution to anyone looking to give Tilton a visit. 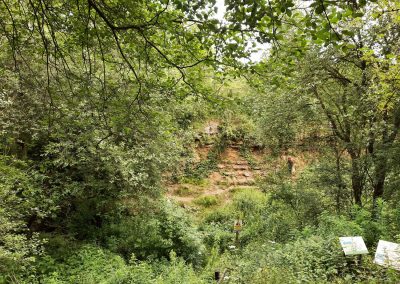 The exposure from the stairs, as we fled the mud. 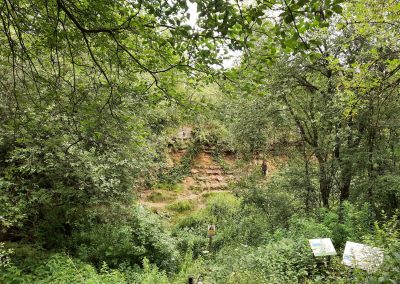 A view from the stairs, with the exposure visible in the background. A closer view of the exposure, and that sign isn’t joking. The bit on the right of this photo is basically all crumbling overhang. 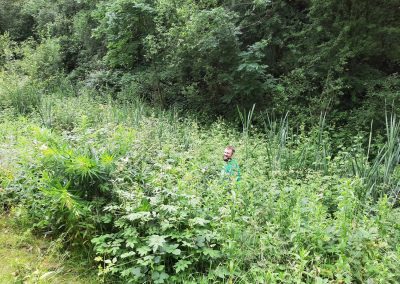 As you can see, the site can be quite overgrown, as this large but silly man decided to find out (although he did find a partial Belemnite rostrum, to his credit)

It is a steep walk with steps down to the cutting, and a steep walk back up, and (at least when I visited), it could best be described as “a bit of a quagmire”. Wear sensible shoes, and it might not be suitable for the younger children. When I visited, July 2021, it was also rife with red ants. The mud made it a serious trip/fall hazard in many areas.

Tilton is an SSSI, a ‘Site of Special Scientific Interest’, which means collecting fossils is allowed from the loose blocks, loose scree, or spoil heaps, but hammering or chiselling on the rock faces is not allowed.

There are numerous extremely hazardous outcrops and overhangs that likely will fall sometime soon – especially if someone decides to hammer anyway like they did while we visited. They carried on after causing a small rock fall, so I don’t think there was any getting through to them. PROTIP: don’t hammer fragile rocks directly under an overhang, in an area with no phone signal, after heavy rain. Idiots. 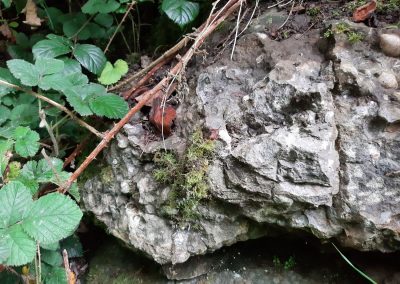 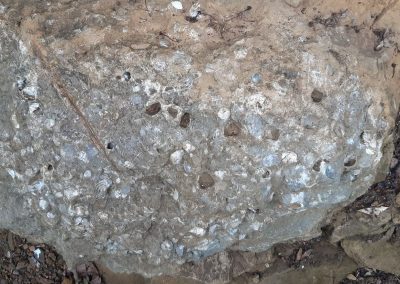 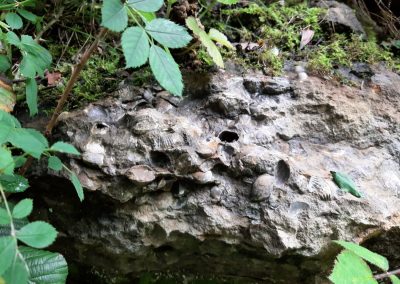 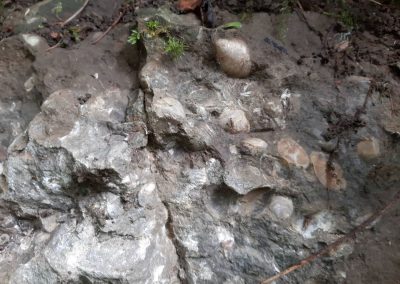 I personally think Tilton is a bit overcollected. There is only a small area of about ten metres that isn’t exposed or overgrown, and it is relatively ‘picked clean’. There are still many bivalves to examine in situ, and poor specimens can be collected from the scree. Perhaps different parts of the exposure are trimmed at different times; I don’t know.

I collected a few small pieces, although nothing of huge interest. Luckily for the amateur collector, the ‘matrix’ rock at Tilton tends to be quite soft, and fossils can be prepared at home with relative ease compared to some of the other locales around the country. Take a toothbrush and some water to scrub some of the mud off.

I was able to clean up a piece relatively easily with a sewing needle and an old toothbrush, so hopefully no expensive powertools would be required. If you’re in the area, its worth a look for an hour or two, but try to pick a time when it hasn’t rained for a few days…

I would be surprised to see an Ammonite or Gastropod from the site unless someone had taken great care to crawl through the undergrowth to a less visited area.

For further information on the site, see the Leicestershire and Rutland Wildlife Trust website. 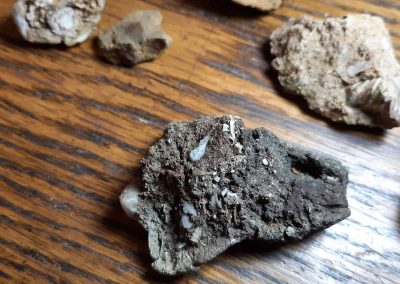 Some small finds – brachiopods and crinoid stem fragments. The crinoids are quite well preserved which is nice. 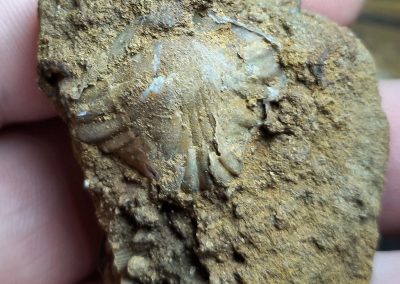 A brachiopod, sadly a bit too eroded for me to ID, but possibly a ‘winged’ type. 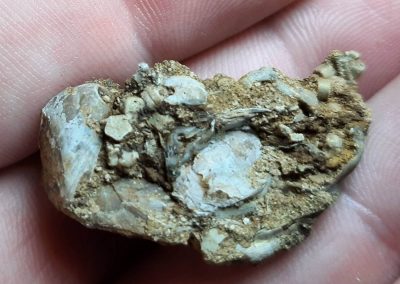