Fakes, scams, and tricks: (Some) Gemstone certificates of authenticity

I get questions fairly often asking if I provide a certificate of authenticity with the items I sell.

I don’t, and its largely due to a personal belief that the majority of the time they aren’t worth having.

In the assorted mineral, crystal, fossil, and gemstone industries I would arguably fit into, there are several types of certification for authenticity of products.

The two main common types are ‘self signed’, and those signed by an external body, which I’ll refer to as ‘external’.

Self signed certificates are issued by the business themselves, and are typically a piece of paper or card with a message saying “we guarantee these are genuine minerals, crystals, fossils, etc”. This would be the type of certification I’d have to offer; and I don’t think it really adds any value to the pieces. Realistically, most of these would end up straight in the recycling.

The other type, external certificates, are more reliable, but far from perfect. My business, Albion Fire and Ice, covers a pretty wide range of items. I supply minerals and fossils to their respective collectors, I supply gemstones to jewellers.

There are several museums that do offer consulting services to identify items; I have never enquired about these services as I don’t think I sell a single item as expensive as they would charge for a single consultation. If I was to sell a t-rex skull or a diamond the size of my fist – yes, I’d be getting in touch.

While museum accreditation is well recognised, I do not believe there are any industry wide accreditations for single specimens of minerals or fossils – happy to be corrected though!

Gemstones are a slightly different matter, and are the real subject of this post. There are accredited centres around the world dedicated to the certification of gemstones. The most well known of these is likely to be the GIA, the Gemological Institute of America – however, there are dozens, if not hundreds of other labs. Real certifications are an excellent investment for high quality gemstones, but I’m talking three figures plus.

The issue is some of the smaller labs – if they are, in fact, actually labs at all!

However, many small labs are perfectly credible.  We cannot tar them all with the same brush.

However, they are not all legit.

I’ve chosen a particularly egregious fake for the example in this post, but it does show the level of sophistication of these scams quite well.

The first thing to note is that the ‘dodgy’ labs tend to use a name similar to other labs, possibly to confuse consumers. That said, most labs are known by three initials, so some overlap and similarity is always going to happen.

The certification on the clearly fake specimen below is from “AGI Labs”, also referred to as the “ASIAN GEMOLOGICAL INSTITUTE”.

This is likely another confusion tactic, as there are so many organisations with similar names it can be difficult to research an organisation.

If we simply search for “AGI gemology”, Google will bring up several other similar named organisations, including:

For a consumer, this could be quite confusing; perhaps even quite convincing.

“If they’re using the AGI name they must be legit – I couldn’t start a business called Nike!”

Anyway. On with the tale.

I found a particularly hilarious looking “Watermelon Tourmaline” on eBay. 84.05 carats, and I scored it for the bargain price of only 1.29USD.

The seller had 4237 feedback, with 95.6% positive, a member since 2017 and an eBay top-rated seller. I was definitely in for a bargain here. It comes with a certificate and everything, so I’m pretty confident I’m quids in.

When it arrived, I was stunned by the sheer beauty of the fine gem I’d purchased. Or, rather, just how bad it was. Not too long after taking the photographs, it disappeared somewhere never to be seen again – it might have been the bin.

However, it was interesting.  It was made of two conjoined pieces of glass, with an obvious void inbetween them where the glue hadn’t quite evenly joined them. One half of the glass had been broken before gluing them together, which I found extra funny. Talk about minimum effort. 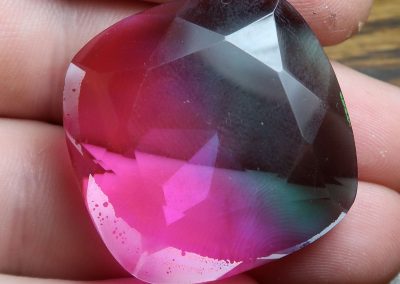 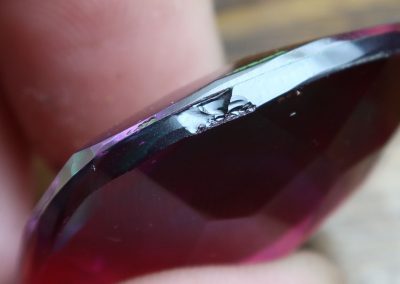 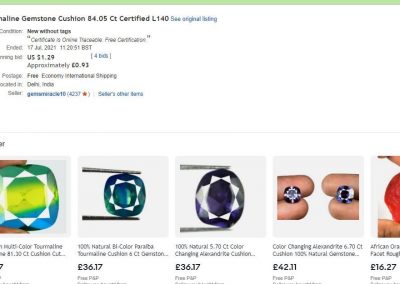 The thing was, though, it wasn’t the ‘gemstone Tourmaline’ that was interesting. Obviously.

When it said it came with a certificate, I was expecting the equivalent of a piece of paper that said “lol this is tourmaline”.

On the card, the logo is a blue diamond with the letters AGI – which a Google search reveals is the actual logo of the Accredited Gemological Institute of New York City (AGI) I mentioned above.

The card bears a few names – AGI Labs, AGI Laboratories, and the web address agilabsindia.com – which as of 12/08/2021 was a valid and surprisingly decent website. It lists several locations around Asia, presumably implying multiple labs.

The rear of the card runs through a fairly standard set of appraisal terms and conditions and gives us an email address to contact them. Obviously, I have emailed them some bait.

The website is probably the thing that impressed me most. It loaded very quickly, which gives it an air of professionalism – I’m in the UK and they’re in Asia, typically there is a 5-10 second delay, which may make some people think they’ve invested in website infrastructure.

The website itself isn’t terribly written, and is very simple and clear, the most prominent button is one to check your certificate. When you do, it ‘verifies’ it by displaying a copy of the certificate on the screen.

Presumably, this means that they are storing all of the characteristics – shapes, sizes, etc in a database, and generating the certificate when the ‘number’ L140 is entered. It would be interesting to see the database.

I can definitely see people being tricked by this – well, not the one I bought, but a higher quality piece with an online ‘verifiable’ certificate? 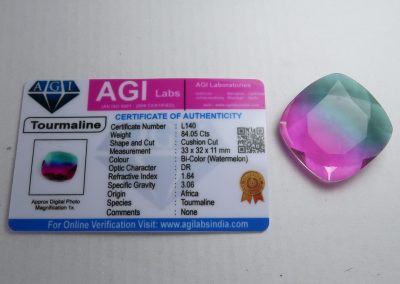 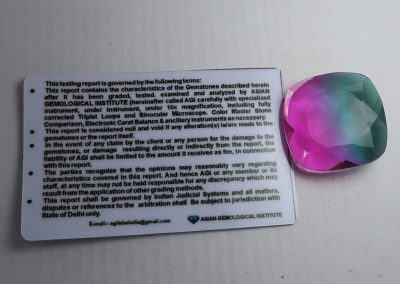 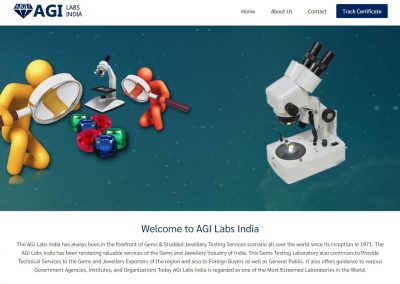 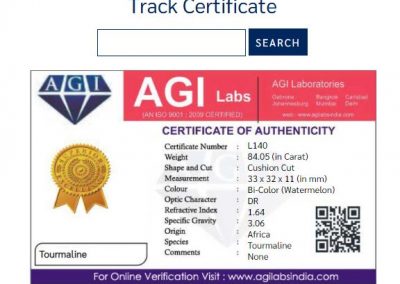